Migration to the UK has been reduced to a trickle after Brexit, with huge changes to the visa system and employment policy. 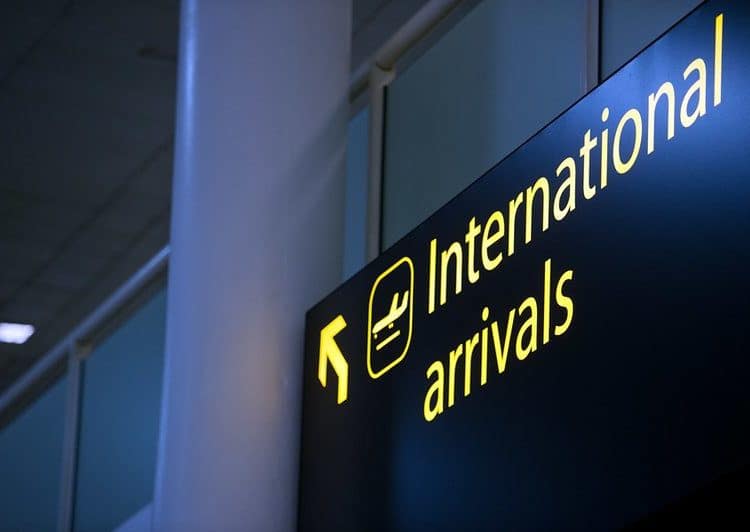 "international arrivals" by Holidayextras is licensed under CC BY 2.0

Last weekend the Brexit-supporting Express newspaper shouted: “THOUSANDS of British expats face being booted out of Spain for failing to register for residency under post-Brexit regulations”. The article went onto say that about 500 British immigrants were likely to be deported in the coming days, people who have been living in Spain but have failed to register (and pay taxes) there.

Some permanent UK residents who winter in Spain also risk having their passports stamped as ‘overstaying’ if they do not return to the UK by 31 March. UK citizens can no longer stay within the Schengen area for more than 90 out of 180 days and over-stayers may be barred from entering another EU country.

Before Brexit the UK was the biggest exporter of its citizens to other EU countries and user of the Erasmus student programme. We are now its first casualties.

As a result of Brexit the UK has made significant changes to the UK’s immigration and visa system. The new points-based immigration system came into force on 1 January 2021 and the same immigration rules apply to all those coming into the UK regardless of their country of origin.

The system requires potential immigrants to have a job in a shortage occupation earning over £23,000 per annum and competence in English. Temporary work permits for unskilled workers, student and post-graduate visas may also be issued and the government is hoping to attract workers in ‘start-ups’ and fast growing economic sectors.

So far, the impact of these changes has been minimal, simply because migration has been so severely constrained by coronavirus. A scarcity of daffodils in the shops through lack of pickers may go unnoticed when people are staying at home but as the economy starts to pick-up the loss of 1.3 million EU citizens (including 700,000 (11 percent) of Londoners) since coronavirus will be felt.

A shortage of health care staff was a major problem even before coronavirus, with NHS nursing vacancies running as about 8.6 percent in 2019. In the absence of EU citizens, the NHS has started a major recruitment campaign in Hong Kong. The government has also increased the number of ‘shortage’ occupations in the NHS, having about 100,000 vacancies to fill.

Following Brexit the UK is no longer able to return refugees to the EU country they first entered and every refugee that arrives on British soil must be processed by the UK government. The government still hopes to send asylum seekers back under bilateral agreements with EU countries, but these have yet to be negotiated and it is unlikely the proposals will be favourably received.

I wrote in October last year about the immigration rule changes that could lead to the outsourcing of immigration processing to third countries and the government, in its recent policy proposals are considering this option.

It also has plans to deny asylum seekers access to the asylum process if they have travelled through any safe country. They may not be deported from the UK but they will be denied work, health care, education or any access to state funds or public services in other words, state enforced destitution.

The immigration ‘hostile environment’ was in evidence in the UK long before Brexit but leaving the EU has enabled the government to dodge its humanitarian responsibilities as it is no longer part of the decision making processes or subject to the scrutiny and accountability EU membership provided.

EU citizens in the UK

For EU citizens living in the UK, the next 100 days may be the most important. Nearly five million now have settled or pre-settled status but there are thousands, perhaps even hundreds of thousands who have not yet applied. There is an urgent need to identify them and encourage and support them to do so before June 30.

In these early days, the impact of Brexit has been felt primarily by British citizens whose rights to move freely across the EU have ceased. The real test of the UK’s policies may not come until next year. Immigration to the UK has reduced to a trickle because of coronavirus but as the economy picks up, the labour gaps will become increasingly evident.

With work to be done and people prepared for pay for it to be done, but within an increasingly hostile environment towards irregular migrants, we’re likely to see honest businesses that rely on immigrant labour either fail or withdraw from the market, and a significant growth in the ‘shadow economy’ of unprotected, exploited migrant labour, unable to join the UK mainstream and who do not pay taxes.