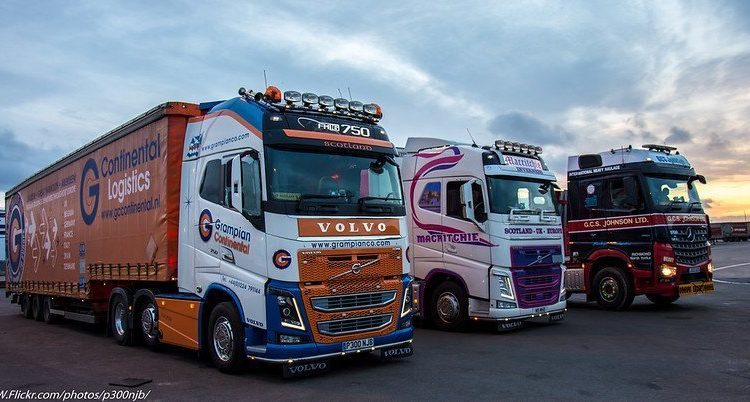 Kingston Upon Hull Dock by Rab . is licensed under CC BY 2.0

Another day, another parliamentary select committee hearing just how unprepared we are for Brexit. On Monday, it was the turn of the Lords EU goods subcommittee to hear evidence from industry experts. This is the same committee that last week heard industry experts express concerns that the Brexit Customs Declaration Service will not be ready on time, only to be told by the HMRC it is live and ready. It was as if they were operating in parallel Zoom universes.

On Sunday, the BBC reported that Felixstowe port was already experiencing complete chaos “as Christmas and Brexit loom”, with unacceptable delays resulting in businesses not getting their stock unloaded. Part of the problem appears to be a shipment of 11,000 containers of PPE ordered by the government that is clogging up the port. However, hauliers have also complained that Felixstowevs Vehicle Booking System is ineffective.

Maybe one of the problems for Felixstowe is that – according to the BBC – former Transport Secretary Chris Grayling has been hired to advise the port’s parent company, Hutchison Ports Europe, for a whopping £100,000 for “around seven hours of work per week”.

Tim Morris was measured in his response to Lord Russell. “Getting the ports ready has been an iterative process in terms of communicating with the government”, he claimed, “and it has taken some time to get to a settled position”. Read into that what you will. But nothing in that sentence says clear, decisive and timely decision making.

It is true, as Morris pointed out, that many ports already have the necessary infrastructure, as they have been doing trade with the rest of the world for years. However, these facilities need to be expanded, because of the new customs checks. This need for greater capacity is what’s causing the real concern.

As reported in Building magazine and earlier Yorkshire Bylines articles, invitations to tender for new port infrastructure projects for Hull, Immingham and Plymouth were sent out on 4 November. All three will need to be up and running by 1 July 2021, the date when the new border controls on goods entering the UK will come into force. All three will require additional supporting roads, car parks and possibly sheds.

Morris pointed out that the last time a similar project was undertaken, it took 11 months to complete. In other words, the UK has never done a project of this magnitude on such a short time scale. The issue becomes even more complicated in Northern Ireland, where infrastructure has to be in place by 1 January – just over six weeks away.

Richard Ballantyne was a little more forthright when answering this question. He explained that it’s “been a bit of a problem” and has “been agonising getting information out of the government”.

Deal or no deal, most ports will quite literally not be able to accommodate the checking and inspection of imported goods that includes livestock and plants which will have to be undertaken from 1 January 2021, if EU products are treated as other non-EU countries are treated at the moment.

Deal or no deal, we simply do not have the infrastructure in place to embark on all the new border arrangements for either imports or exports. And, as we’ve been saying for quite some time, we don’t yet have the numbers of staff required – the customs agents, form fillers and qualified vets, for example. Plus, if we leave without a deal, we can add the complication of tariffs to all this too.

The bittersweet irony is that on the other side of the Channel, their readiness is evident. Mark Dijk from the Port of Rotterdam told the select committee that they knew Brexit was coming, irrespective of how hard or soft, “so Belgium and France prepared for the worst and hoped for the best”. John Keefe, who has bases on either side of the Channel, said that there was a clear decision on the EU side from beginning to treat the UK as a third country. Consequently they have everything in place.

The one thing that is loud and clear is that all this delay on the deal has cost us dear. Lord Lilley asked how it was that, unlike the UK, the continental ports had prepared as far back as 2019. The universal reply seemed to be that we have had to wait for instructions from the government. In other words, we couldn’t prepare the infrastructure, because the deal was still not done.

Given that a deal will make little difference to the need for customs checks, this seems an inadequate response. This is worth spelling out. Even if there is a trade deal, we will still be confronted with the full range of EU customs and regulatory checks on our exports to Europe and Ireland. A no deal exit brings with it additional tariffs and quotas and no trusted trader schemes. In other words, more red tape. Full regulatory controls are in store, deal or no deal.

Perhaps it reflects more on the government’s poor communication throughout this process, and on the utter confusion across the business and logistics sector as a result. The government has known all along that this situation was inevitable, but admitting this – and communicating the necessary instructions to allow the country to prepare – would have meant admitting that Brexit was not going to be as promised. The government may still yet blame the EU, or business, or both for confusion but it is becoming clearer by the day that the failure to act decisively lays with the government.

By the end of the week, the ‘deal or no deal’ issue may be all over bar the shouting. But this is largely academic. Either way, we still need customs posts and border controls, and we need our ports and the infrastructure that supports them to be ready. And they won’t be. It’s all pointing to one awful 1 January hangover.