Sally Dobie explains the impact the pandemic has had on seaside towns and in particular their restaurants; the government funding was helpful but nothing can compare to customers during summer. 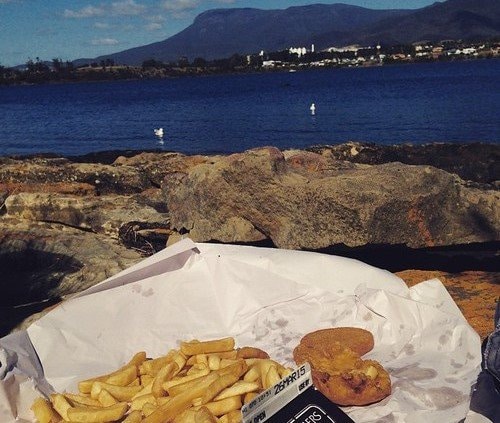 “Fish and chips at Old Beach #tw” by ozjimbob is licensed under CC BY-NC-SA 2.0

Many British coastal towns like Whitby have suffered during the pandemic. Their reliance on the tourism trade, and both national and international visitors, has meant huge profit losses and closures over the course of the lockdowns.

Award-winning fish and chip restaurant Mister Chips is one business that has survived the tough year, where many others have not. Alex Boyd, director of Mister Chips, said he knew how lucky they had been.

“I’m in quite a fortunate position where we have an established successful business, so without sounding silly we have quite a lot of money behind us”, said Boyd in March. “Even if we’d had no support off the government – obviously there would’ve been redundancies and stuff – but as a business we wouldn’t have gone bust or not been able to trade again.”

Boyd was quickly able to switch focus from the restaurant to the takeaway side of the business, and while that was tricky initially, they were soon trading well again. “It was quite challenging to get into a roll and make sure everything was hot and perfect for the customers coming in but we sort of adapted to that quite easily”, he said.

Boyd also invested money in fitting tempered glass screens in their restaurant booths to make customers more comfortable once in-house dining was permitted. But during the second lockdown, Mister Chips decided to close its doors altogether. “I took a stand”, Boyd said. He believed if people continued to visit, covid cases wouldn’t decrease, and there was more chance of lockdown being prolonged.

“If nothing’s open, no-one can come. I just thought we don’t want loads of people to come because it’s just going to prolong the agony of being locked down.”

Since the start of the pandemic last March, the government has provided a range of support for businesses, including the ‘Eat out to help out’ scheme, reduced VAT and furlough. Boyd said the support for his business had been fantastic, and helped them to “keep hold of some capital to get through this hard time everyone knew was coming”.

VAT for the hospitality industry was temporarily lowered to 5 percent last July from the standard rate of 20 percent, which Boyd said had been a huge help to keeping the business running. Boyd was grateful that because of this support he was able to relax the pricing of products and avoid a price increase. The VAT reduction, originally supposed to end earlier this year, has since been extended until September 2021.

But the director was well aware of how lucky Mister Chips was as a large business, and believes the government support would not have been enough for many smaller businesses to survive. Mister Chips had the advantage of owning the property freehold and having no outstanding loans or mortgage. This is not the case for most businesses.

Seaside towns during the covid winter

But with the majority of visitors coming in the summer season, it had not been an easy year for Mister Chips either. Usually during the winter, the business spends more money than it makes, and relies on the profits from the peak season to see it through.

Because of this, he said he was “sceptical” of how early the government was lifting the lockdown this time:

“Our peak months are sort of June, July, August, September, and it would be a travesty if we had like May, June, July and a little bit of August and then if the cases go up again we have to shut down. That would make the winter really difficult without any more support from the government.”

Speaking again in April, after the Mister Chips takeaway reopened, Boyd still believed another lockdown might happen: “I don’t think people are really taking much notice of social distancing in Whitby, from what I can see, and the amount of people wearing masks has dropped quite a lot in the last couple of weeks.”

According to the current roadmap out of lockdown, restaurants will be able to serve food and drink inside from May 17 in groups of up to six people.

The government’s new plan for immigration: the hostile environment is becoming more hostile

Sally grew up in North Yorkshire with a love of writing and radio. After completing a journalism degree in Ireland, she developed a passion for political journalism and hopes to pursue a career in digital or print journalism.