Johnson's trademark smirk is apparently known to psychologists as "duping delight" - the sheer joy of duping people, or in the prime minister's case, entire nations, given away by an involuntary smirk, a "leaked expression of pleasure." 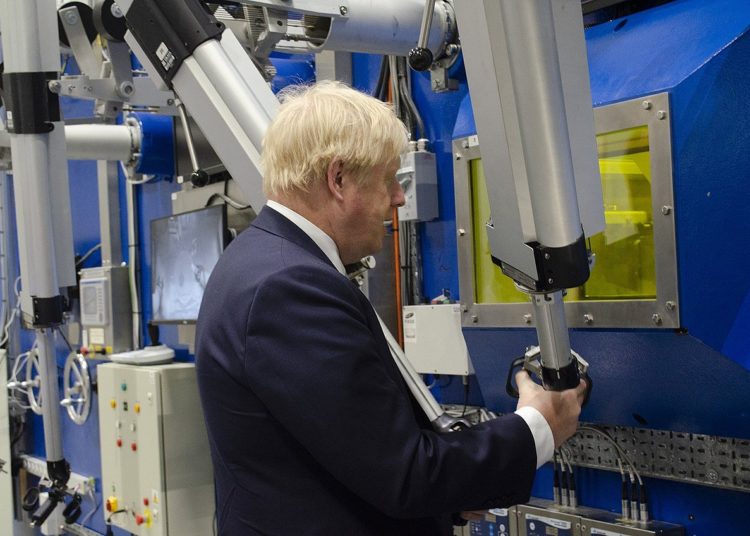 Johnson’s smirk has always fascinated me. It is the quintessence of Johnson, isn’t it? Without it he would still be the dishonest, inveterate liar and charlatan we know he is, but somehow a slightly diminished one. I image when he disappears from the public arena – and it seems he may not keep us waiting very much longer – like the Cheshire cat’s smile, all that will be left is the smirk.

Challenged about an obvious lie, that amiable half acknowledged admission of guilt is captured in the familiar supercilious smirk that says yes, it was a lie, you may even be able to prove it, but there’s nothing you can do about it.

Unlike a normal person, being caught out doesn’t embarrass or shame the prime minister. He doesn’t take offence or even display the flash of anger that an innocent man might be expected to. Instead, we get that enigmatic grin.

And now I learn from a Yorkshire Bylines reader that it actually has a name.  In psychology it is known as “duping delight” – coined by the American psychologist and body language expert Paul Ekman.

Duping delight, and I quote, “most often manifests as a grin or a smirk which will flash across a person’s face, and is usually completely inappropriate to the situation or the topic that is being spoken about. The psychopath is either about to lie, or is lying to someone and they are believing it, and the smirk is a leaked expression of pleasure that they are getting away with it”.

Note that it’s often used in connection with psychopaths and is typically applied to ‘low conscience manipulators’. In Johnson’s case, duping delight is the involuntary expression of joy knowing that he has once more conned half an entire nation, and with impunity.

But is Johnson really a psychopath? David Cameron once reserved that label for Dominic Cummings but the current PM is perhaps closer to the archetypal psychopath. Judge for yourself. In his book Without Conscience, Emeritus professor of psychology Robert Hare describes a psychopath like this:

“Lying, deceiving and manipulation are natural talents for psychopaths. With their powers of imagination in gear and focused on themselves, psychopaths appear amazingly unfazed by the possibility – or even by the certainty – of being found out. When caught in a lie or challenged with truth, they are seldom perplexed or embarrassed – they simply change their stories or attempt to rework the facts so they appear to be consistent with the lie. The results are a series of contradictory statements and a thoroughly confused listener.

“Psychopaths are frequently successful in talking their way out of trouble.”

Robert Hare: Without Conscience: The Disturbing World of the Psychopaths among Us. New York, Guilford Press, 1999

Others believe Johnson shows many of the traits of narcissistic personality disorder (NPD). This is, and again I quote, “a mental condition in which people have an inflated sense of their own importance, a deep need for excessive attention and admiration, troubled relationships, and a lack of empathy for others”.

Narcissists suffer from delusions of grandeur, presumably with a penchant for expensive décor, and believe themselves infallible or invulnerable, that rules somehow don’t apply to them. They are selfish, lack empathy, resent being held accountable and have difficulty in recognising how unrealistic their own beliefs and actions are. Awkward facts and reality are frequently denied. All things that seem to characterise the prime minister?

Both psychopaths and narcissists are said to present false personalities to the outside world. Coming across as an amiable and very likeable buffoon helps to soften people’s defences, after which they can be easily manipulated. Maintaining the mask can apparently be quite tiring and according to an ex-girlfriend, Johnson often returns from one of his performances exhausted.

The prime minister may or may not be a narcissist or a psychopath but he is certainly in deep trouble. We shall no doubt soon be hearing him described as ‘besieged’ or ‘embattled’, which is always a sign that the end is near.

When he’s gone, we’ll miss that smirk. It was as good as a flashing red light and klaxon wired to a lie detector.