Helen Davidson looks at what needs to be done to get us out of lockdown. 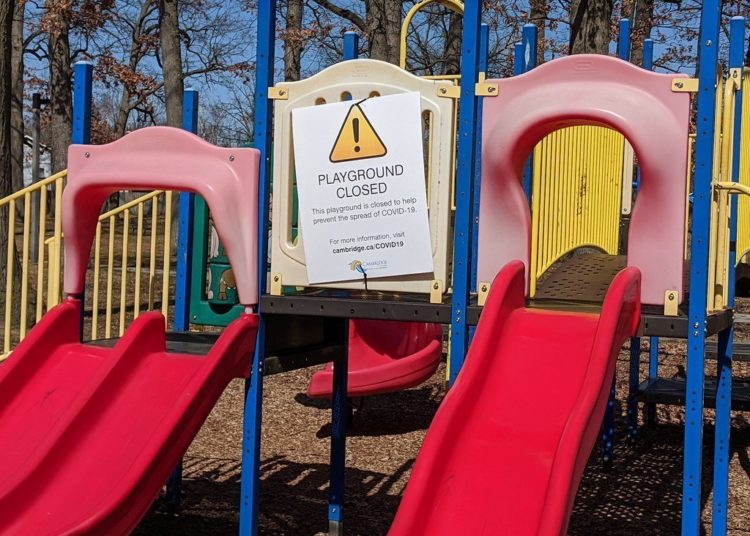 There is no doubt that lockdown is hard. Its impact on physical and mental health, social life, relationships, jobs and the economy has been severe. Exiting lockdown has become a political imperative. But how can this be safely achieved?

While a safe and effective vaccine is on the horizon, the logistics of administering two doses, 14 days apart to a substantial portion of the UK’s population are a considerable challenge. A vaccine will not help us reopen society at least until the late spring of 2021. The current four week lockdown in England is due to end on 2 December. In Scotland, lockdowns continue on a regional basis according to levels of infection, and the Welsh circuit breaker lockdown ended on 9 November.

On 4 November, when the government gained parliament’s agreement for the current measures, it relied on Labour votes to get them through and there was considerable opposition from within the Conservative Party. Since then, opposition has grown and a number of Conservative MPs have grouped together to resist any future lockdowns. Against this background, it is likely that the lockdown will not continue beyond 2 December but some restrictions on personal mixing will continue, depending on local transmission rates, if only to enable some further relaxing of controls over Christmas.

The scientific and health community is largely agreed on the measures that need to be taken to control infection and ease lockdown. Firstly, it requires that the rate of infection is driven down to a sufficiently low level to enable hospitals and health services cope with those who are ill and for post-lockdown measures to be effective.

Recommended measures, once the rate of infection is suppressed, include a comprehensive programme of find, test, trace, isolate and support (FTTIS); more space, less inter-personal contact, good ventilation and mask wearing indoors, especially in schools and workplaces; and, good border management. This approach has proven to be successful in China, New Zealand, South Korea and, to a lesser extent, in some European countries such as Germany and Finland.

The all-party parliamentary group on coronavirus, chaired by Layla Moran, published its recommended Covid-Secure UK strategy (control, suppress, eliminate) at the end of October. Likewise, the Lancet published an outline of this strategy on 11 November and Independent SAGE discussed it in its meeting of 6 November. SAGE, the chief medical officer (CMO) and the chief scientific officer (CMO) are also in agreement that this is the strategy that is most likely to be effective.

So far, the government’s approach to controlling and managing coronavirus has been partial, late, slow and intermittent. Infections were able to rise to a level where test and trace, still very much in its infancy, was overwhelmed and had to be abandoned. Initially too, the support element of the package was thin and there were no incentives for infected people to isolate. The first lockdown eased some of the pressures but social and economic life was opened up again too quickly in July. The government’s return to work and ‘eat out to help out’ policies spread infection further over the summer and the reopening of crowded schools and then universities led to the inevitable upsurge in cases that we have seen in the last month.

There is a considerable risk of a further rise in infections over the winter, after the easing of restrictions in December – particularly with the government now saying they want to enable families to gather for Christmas. The Serco test and trace scheme is, still, not sufficiently robust for the task. At the last Independent SAGE meeting figures showed that at each stage of the FTTIS system there was significant ‘leakage’ culminating in only about 14 percent of those who needed to isolate being contacted, and leaked SAGE documents indicate that only 20 percent of those contacted fully isolated. In other words, test and trace has achieved an effectiveness level of about 3 percent.

The ‘support’ element – financial, accommodation and sustenance – of FTTIS is also insufficient and particularly so when compared to other countries. Many self-employed people are still not receiving financial support and others are not able to isolate because of lack of space or cannot afford to be off work.

Half-measures have created a circular problem. If sufficient government and employer support for those expected to isolate is not forthcoming, they will not do so, thus increasing infection rates. As infections increase, the cost to the government of support becomes greater and less affordable. Easing lockdown before infections are down to a manageable, affordable and sustainable level means they rise swiftly as controls are eased.

There are no short cuts or magic bullet, and to be promising the country otherwise distracts from the urgent need to manage the disease and its consequences. We need to get on with what works. The science is clear, we must supress the rate of infection through controls on gatherings, including in schools, until it reaches a manageable and sustainable level, not just for health services but in order to test, trace and isolate every new case. We must ensure proper support so that those who are required to isolate can do so. And we must ensure isolation and border controls are comprehensively managed and monitored.

Exiting lockdown without these measures will only lead to further deaths, hospitalisations and long-term health problems, and will bring about a slower economic and social recovery.