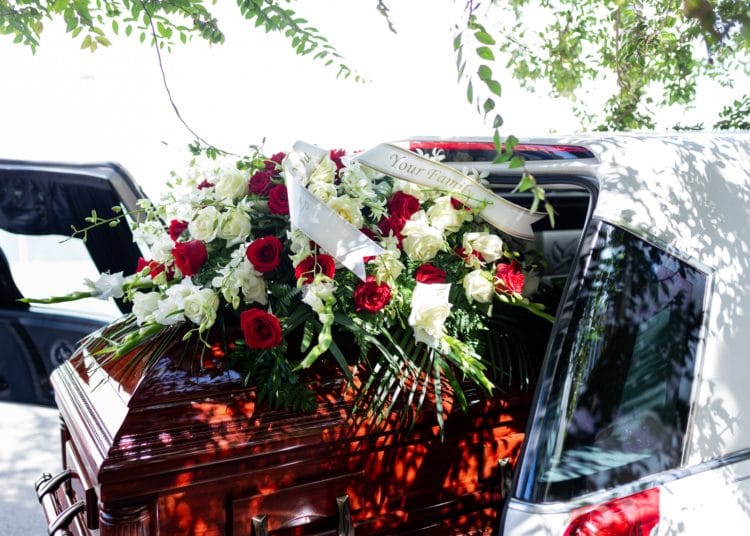 Photo by Adrianna Geo on Unsplash

The all-party parliamentary group (APPG) on coronavirus met yesterday (5 August) for their third meeting to hear evidence from Covid-19 sufferers and relatives of those who have died from the disease. The purpose of the group, chaired by Layla Moran, is “to ensure that lessons are learned from the UK’s handling of the coronavirus outbreak so far such that the UK’s response and preparedness may be improved in future.”

APPGs are informal parliamentary groups made up of MPs and members of the House of Lords who are interested in the subject matter. Unlike commons select committees, they have no official status but can make recommendations and produce reports. There is considerable interest in the group, with 62 parliamentarians joining it. The secretariat for the group is provided by March for Change.

The meeting was divided into two sessions, the first on long-covid and the second on the experiences of bereaved families.

Long-covid, the name given to the continuation of Covid-19 symptoms for some time after the infection stage has passed, is a fairly recent phenomenon which has really only become apparent as the number of people infected with coronavirus has grown and several months have elapsed since the start of the outbreak. Much of the information about the longer-term effects from Covid-19 have come from the symptom tracking app developed by King’s College London, which has been downloaded by several million people worldwide. It has reported that 10 percent of people diagnosed with Covid-19 continue to have symptoms at 25 days and 5 percent still have symptoms one month later.

The British Medical Journal (BMJ) summarised the symptoms of long-covid as “fatigue and shortness of breath, especially with exertion, chest tightness, cough, skin rash, elevated temperatures, and neurological disturbances” often with a pattern of symptoms reoccurring every three or four days. The BMJ concludes that it “is a multi-system disorder with a far wider range of symptoms… [a] prolonged illness with relapsing and remitting pattern of recurrence”.

Those providing evidence to the APPG (Claire Hastie, Dr Jake Suett and Robin Gora) were from the Long-Covid Support Group. All had been active, fit and healthy prior to the infection and all are now severely debilitated four months after the onset of the disease. They were all uncertain about what the future held in terms of individual progress and longer-term health problems. They estimate that there are thousands of people in the UK who are suffering from long-covid and steps need to be taken urgently to manage its consequences. Jake, an anaesthetics and intensive care medicine doctor from King’s Lynn, Norfolk, who contracted coronavirus earlier this year and now lives with long-covid, told the inquiry:

“Death is not the only thing to count in this pandemic”.

The problems they identified were a lack of medical understanding of the condition coupled with an unwillingness to listen to and learn from those living with it. They noted a lack of government financial help and lack of health or disability services such as a blue badge for wheelchair users. Their reduced capacity and energy to find out about what help might be available, and absence of proactive health or social support, left them isolated and reliant on friends and family for everyday needs.

There were concerns about testing and its inaccessibility but also the over-emphasis on test results; none felt that a test result should be used to determine if someone was sufficiently well to return to work. They also expressed concern about the possibility of false negatives and the risk of infecting others while symptoms persisted. Those giving evidence had not been hospitalised, although all had contacted health services a number of times and felt that their symptoms warranted an admission into hospital. They were actively discouraged from seeking medical care and they queried whether, had they been treated in hospital, their recovery might have been better. They said that the government cannot “push you to stay at home and then give sub-optimal care”.

All felt that the newly commissioned research into long-covid is too focussed on those who have been hospitalised, especially as the symptoms and recovery/relapse rates of both hospitalised and non-hospitalised groups are similar. They urged the government-funded PHOSP study to rethink its parameters.

They expressed concern about how the risks had been communicated to the public, and at the binary emphasis on either death or a minor dose of flu when the reality is a wide spectrum of symptoms and effects over time. They told the APPG that this presentation of the trajectory of the disease has led to insufficient attention being paid to the risks for young people and to children, inviting careless behaviour and further exposure to risk.

The group stressed that “being fit and healthy and active is no defence to this”. They wanted the government, science, medicine and social support services to catch up with the vast amount of knowledge currently held within Covid-19 groups such as Covid-19 support group and the long-covid support group. In particular, they emphasised the need to understand how the symptoms manifest over time and that this can only be properly understood through patients’ accounts – as has been done in respect of HIV/AIDS and is now being (belatedly) addressed in chronic fatigue syndrome.

The evidence for the second session was provided by representatives from the Covid-19 bereaved families for justice group – Kathyrn de Prudho, Hannah Brady, Jo Goodman and Charlie Williams, all of whom had lost fathers to coronavirus. The fathers’ prior health ranged from the fully fit to the very old and in poor health and all of them died prematurely with “a huge amount to live for” (Jo).

The continuing grief of the families in this session was palpable even though the meeting was conducted via Zoom. The last days of the deceased and their deaths occurred during lockdown when families were unable to visit sick relatives in hospital and some were denied being with them when they died. This inability to help or care for their fathers compounded the loss and left the families suffering exceptional levels of grief and trauma. They have all struggled to access mental health support.

“We are all paying for private therapy. My daughter is crippled with anxiety, she is so afraid of catching the virus. My mum spent the first 11 days after my father’s death alone. People cannot access their usual support networks. We need additional mental health support to process bereavement.”

Three members of the group (all daughters of the deceased) attributed their fathers’ deaths to delayed lockdown and the country’s open borders. The son, whose father had been in a care home, attributed it to the home accepting residents with coronavirus, a home totally without PPE in the early days of the pandemic. In addition to speaking of their own experience they were also representing other families. All felt that the causes were preventable.

The families were particularly critical of the 111 service (as were the long-covid group). They felt the advice given over the phone was poor and focused more on preventing someone being admitted to hospital rather than ensuring they got the correct treatment. Callers had difficulty getting through to the service. Calls were handled in different parts of the country and the call handlers did not know what the local services were or what was available. People were almost always told to stay at home and the risk factors were not taken into account: “The government was more interested in ensuring the NHS was not overwhelmed rather than saving lives” (Jo). Of particular concern was the advice to “only call an ambulance … if lips turn blue”, which is especially concerning for black people, where lack of oxygen is indicated by grey or white lips.

The group has written to Boris Johnson and Matt Hancock three times since 6 June asking for a meeting. Jo told the panel:

“At first we only received a two-line acknowledgement and eventually a letter saying they are unable to meet with us due to the current pandemic. The fact that they’re able to meet with cycling groups and other groups, it feels as though we are being swept under the carpet. We really do want to ensure that other people don’t go through this and we think it is really important that bereaved families’ voices are heard.”

It is because of the government’s indifference and unwillingness to learn from those affected by coronavirus, that they have called for a public inquiry.

The group told the APPG that they felt the government’s communication about the virus has been poor and that it underplayed the risks, especially for younger or healthier people. They were also concerned about the disrespect shown to communities in lockdown by issuing last minute instructions via Twitter. Jo said the government had been “asleep at the wheel [and was] not entirely convinced that the government has fully woken up yet”.

In terms of the future, and in anticipation of a further wave of Covid-19, the group wants the government to sort out its communications, to be less sluggish and to make sure the guidance is correct and follows World Health Organization guidance. They want more attention paid to the risks to black, Asian and minority ethnic people and in particular the Bangladeshi community who “are on the frontline of so many of our services across the country” (Charlie).

Responding to what they had heard, the panel chair, Layla Moran said:

“It is unacceptable that bereaved families have been met with such a wall of indifference from Number 10. The prime minister must agree to listen to families who have lost loved ones to coronavirus and take their concerns on board. We also need greater support for bereaved families and those living with long-term Covid symptoms. This cross-party inquiry will continue to hear from those impacted by this terrible disease, so we can put pressure the government, learn lessons and save lives.”

The overwhelming impression from both sessions is that people who have suffered through coronavirus, either because of their own illness or through the death of a loved one, feel the government is unwilling to listen and learn from them. Not being listened to or being ignored was experienced by both groups. It was noticeable that both said their appearance at the APPG was the first opportunity they had had to speak of their experiences and express what they thought now needed to be done to prevent a re-occurrence. This is new disease. Government, officials and scientists do not have all the answers and there is much they can learn from listening to those who have personal experience of it and its impact.