Charlie McCarthy explains Boris Johnson's anticipated 'big bang' method of allowing children to return to school. He lays out the concerns from scientists and some school staff that he is rushing the process, perhaps risking an increase of the R number. 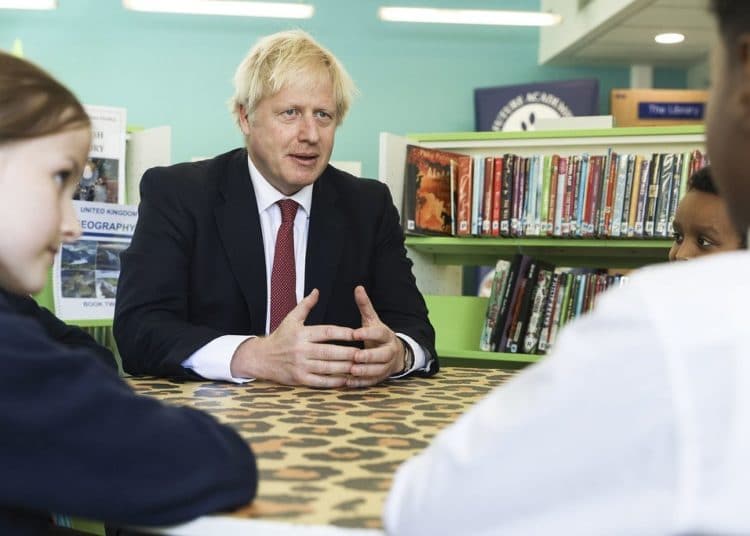 Prime Minister Boris Johnson wants schools to reopen their doors as soon as possible. “The first sign of normality starting to return should be pupils going back to their classrooms”, he said. It is widely anticipated that he will name 8 March as the national return date for all schools and their pupils.

This will be the cause of much celebration amongst some families, who are struggling with the demands of children who are currently being taught remotely. Reopening schools will help parents who have been simultaneously struggling with home working and the demands of the national curriculum. But is the country ready for this and are we confident that relaxing lockdown measures will not lead to a further wave of the coronavirus?

The prime minister is believed to be considering a ‘big bang’ schools reopening rather than a more cautious phased return, under pressure from his own side to accelerate the return to the classroom for the nation’s children. Robert Halfon, Conservative chair of the Commons Education Select Committee, is one of the voices demanding the earliest possible return. He tweeted: “Given that Scotland is likely to open some schools in the next couple of weeks, and given Public Health England say primary schools are ‘safe to open soon’, surely England can lead by example and at least open primary schools before 8 March”.

Johnson’s own haste to get schools reopened has previously led to tensions. In January 2021, the National Association of Head Teachers (NAHT) took unprecedented legal action against the Department for Education at the beginning of January in an attempt to force ministers to reveal why they thought it was safe to reopen schools after the Christmas holiday. Meanwhile, the biggest education union, the National Education Union (NEU), representing the majority of the 450,000 school staff in the UK, was advising its members not to return to work over fears for their safety.

School staff and some scientists are concerned that Johnson is rushing into opening yet again. Dr Deepti Gurdasani, a clinical epidemiologist and senior lecturer in machine learning at Queen Mary University of London, urged the prime minister to resist pressure to reopen schools any sooner, warning that even 8 March looked unrealistic. She said levels of community transmission were still high and cases were not declining sufficiently rapidly. “We are in a very, very precarious position. Parents and children have made huge sacrifices because of schools being closed to most children. It’s very important we don’t squander this.”

Likewise, NHS trust leaders have made it clear that rather than a ‘big bang’ approach, we should be cautious about relaxing the rules. In this excellent Twitter thread, Chris Hopson, chief executive of NHS Providers, an association of NHS trusts and foundation trusts, representing acute, ambulance, community and mental health providers, outlines the four tests that need to be passed first: covid case numbers, NHS capacity, progress of vaccination rollout, and protection against new variants via an effective test and trace programme.

In the opinion of Dr Patrick Roach, general secretary of the NASUWT teaching union, announcing arbitrary dates, which, as we have seen, then end up being changed, is “profoundly unhelpful” to parents and school staff. Plans for schools to be reopened should be jointly agreed with the profession and led by the scientific evidence of a fall in the R number.

The latest covid data, as published on the government’s website, shows that the R number is estimated to be between 0.7 and 0.9, with a daily infection growth rate of -5 percent to -2 percent. In other words the virus is in retreat, the numbers are dropping. The big call is now to determine if it’s time to reopen schools, given that the political pressure on the prime minister to be seen to be doing something to return the country to normality is immense.

To win the hearts and minds of school staff and parents, the prime minister could prioritise school staff for covid vaccinations now, at their places of work, with the full two-dose course of vaccinations thought to provide 95 percent effectiveness against the virus. However, the government’s present plans are for every adult to be vaccinated only by the autumn, so if school staff are not vaccinated prior to schools reopening, staff will be returning to high-risk workplaces with only the physical protection that masks and social distancing can provide.

This may all lead to another false start involving the nation’s children, which is the last thing the prime minister or the government wants. With the country already having experienced one of the worst death rates from the pandemic, along with one of the worst economic fallouts, can the government survive yet another poor decision?