There’s no ‘I’ in the real dream

Social movements in history have usually been centred on a charismatic male figure with a famous quote. 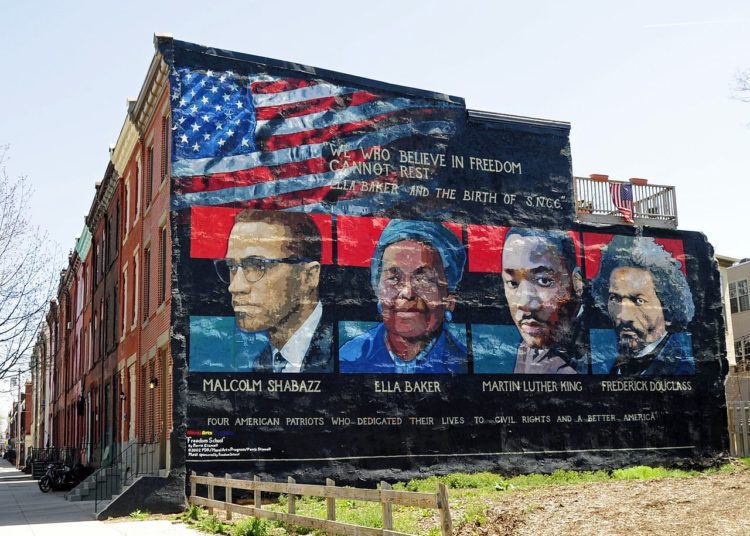 In the social movements of the 21st century, collaborative women are showing the way.

Social movements in history have usually been centred on a charismatic male figure with a famous quote. Martin Luther King’s “I have a dream” speech is a leadership speech full of hope and inspiration on posters on many students’ walls. Think also of JFK’s “ask not what your country can do for you — ask what you can do for your country”.

If we look back at the civil rights movement in the USA, we hear far less about Ella Baker, whose student non-violent coordinating committee, founded in 1960, saw campaigns planned by the entire collective. Ella Baker focused on the grassroots movement. She said, “Strong people don’t need strong leaders”. Yet we seldom hear Ella’s quote about the movement – it’s the “I have a dream” speech that everyone remembers and quotes. Martin Luther King did not make the movement, the movement made him.

In 2014, Sarah Jackson told Politico that Black Lives Matter felt a charismatic male leader had the potential to weaken the movement. Black Lives Matter was founded by women, with a community-centred leadership model of participatory democracy. The movement has always used social media effectively as a force to drive change. The hashtag #BlackLivesMatter has been critical in supporting acts of solidarity, building connections between groups of activists. They have controlled the narrative through posting personal experiences to counter the mainstream media. The hashtag has created inclusion and unity within the movement, allowing for intersection with issues like health, equity and representation in the arts.

Within the movement, different chapters focus on these different issues. Patrisse Cullors, the American artist and activist, says that rather than being leaderless, the movement is ‘leader-full’. It’s forged in struggle, through building relationships and through sharing experiences and stories. As Ella Baker said, “Who gets to shape the narrative?” She preferred the concept of leadership as “a process of social influence in which a person can enlist the aid and support of others in the accomplishment of a task”. Not the authoritative, charismatic stance of leadership people seem to expect.

Sociologist Charles M Payne talks of group-centred leadership, with rotating steers and coordinating committees. Communication and accountability are crucial in this style of leadership. It requires humility, transparency, collaboration and a shared sense of purpose and vision to drive the change. This doesn’t sound like most of the leadership styles we see today, or does it?

During the Covid-19 pandemic, we have seen female leaders who have led with inspiration, hope and vision: Jacinda Ardern, Mette Frederiksen, Tsai Ing-wen, Sanna Marin to name a few. It’s too simplistic to say it’s down to gender alone though: we have our own examples in this country that prove that’s not the case. Is it more down to the actual style of leadership? The messaging, the communication, the community and the ways of working? This is something Stella Perrot explored in detail in another Yorkshire Bylines article.

What Jacinda Ardern has in common with the Scandinavian leaders is a focus on people’s lives. When the Covid-19 crisis hit, Ardern acted fast with a lockdown, saying “I would rather make this decision now, and save those lives”. She reassured children that the Easter Bunny and the Tooth Fairy are essential workers. In Norway, Prime Minister Erna Solberg has used a similar style, holding a video interview for Norwegian children, telling them “It’s OK to feel scared”.

Here in the UK, Khady Gueye, a 24-year-old woman in Gloucestershire, overturned opposition to a safe and silent Black Lives Matter protest in her town. Approximately 0.2 per cent of the population in that region are black. She faced obstruction from all corners, including from Mayor Walter Leach, who used the phrase “all lives matter”, a phrase that is itself loaded with ignorance and/or racism (as articulated on Instagram by Sarah Michelle Gellar):

This didn’t put Khady and her friend Eleni Eldridge off though: they focused all their efforts on concentrating on making sure the demonstration was a success.

And in sunny Brighton, there have been a multitude of female leaders driving the movement. A safe and silent protest on the seafront was organised by two young women; the local campaigning groups have many female leaders who work collectively. A successful petition to ask the council to declare the city as Anti-Racist has been led by several women of colour. You won’t know all their names though. That’s the thing about community-centred leadership: it’s not about an ego, it’s not about one person; it’s about the collective. It’s about the purpose and driving the change together.

Guest writers Mo Kanjilal and Susie Courtault are based in Sussex where a new Bylines will be launching very soon.