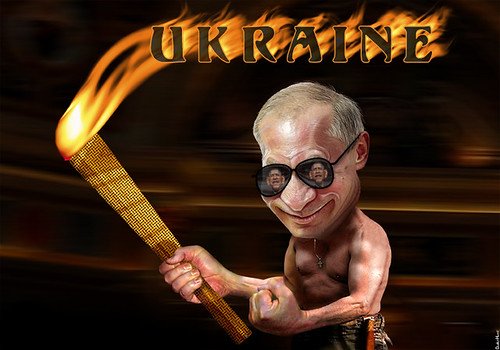 "Vladimir Putin - Inflaming Ukraine Challenging Obama" by DonkeyHotey is licensed under CC BY 2.0

Last week I wrote that the invasion of Ukraine was a high-stakes conflict that neither Putin nor the EU could afford to lose, with the potential to rapidly spiral out of control. I didn’t expect us to be on the verge of a nuclear war within days, but president Putin yesterday ordered his nuclear deterrent on to high alert.

This came in response to the unprecedented financial sanctions imposed on Russian banks and what Putin described as “aggressive statements” made by the West, with almost universal condemnation of his invasion of Ukraine.

The sanctions introduced this weekend, particularly those on the central bank of Russia, are set to have a devastating impact on the value of the ruble and the Russian financial system from today. An assistant professor of economics, Steven Hamilton, explains how the latest financial measures will cripple Russia’s already weak economy.

The ruble is already in meltdown, hitting new record lows against all major currencies as dealers rush to sell in a market with no buyers. The Russian central bank has this morning raised interest rates to 20 percent in an effort to halt the fall.

Under these circumstances, a central bank would step in to buy up the surplus to steady the exchange rate and put a floor below which the value of the currency can’t fall. But although Russia has built up considerable reserves – £600 billion or so – the bulk of it is held by foreign central banks, access to which the government has been denied by the western sanctions.

Therefore there is no floor under the ruble, which is bound to hit new lows this week, hitting Russian companies who trade overseas very hard.

The Moscow stock exchange (Moex) index briefly fell 45 percent last week, before recovering to close the last session 33 percent lower. Opening has been pushed back several times this morning and dealers have been ordered to stop trading Russian stocks.

Putin is isolated from reality

We are approaching a dangerous moment, when the West and Russia are again eyeball to eyeball in a situation not dissimilar to the 1961 Cuban missile crisis. It was thought Putin would come under pressure to back down or be toppled, but a report in The Sunday Times by Marc Bennet in Moscow suggests not.

It seems he has become isolated, influenced by a few hard liners with the same twisted world view. Analyst Tatiana Stanovaya says there won’t be a palace coup. If so, this is an extraordinarily dangerous moment. The men around him were with Putin in 2014 when he made the decision to annex Crimea. They also apparently tend to reinforce Putin’s distorted views of Ukraine as a country ruled by “drug addicts and neo-Nazis”.

Gleb Pavlovsky, a former Kremlin spin doctor, says Putin has developed an “obsession about Ukraine” and is “reacting now to the pictures in his own head”. Leonid Volkov, an ally of jailed opposition leader Alexei Navalny, said on social media that Putin was “insane and dangerous”.

Stanovaya said Putin, “doesn’t ask for advice. He sets tasks and demands they are implemented”. She added that:

“There are many people in the elite who are against this but there is almost no one who is ready to challenge him. There can be and there will be no coup. Only senior figures in the military-security establishment could attempt a coup and they have received everything they wanted.” 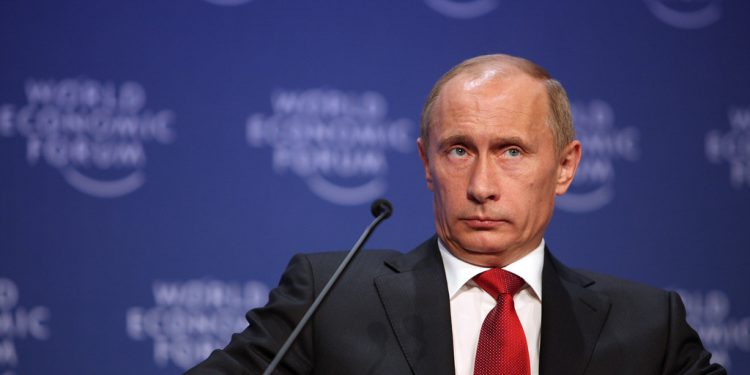 It comes as Russian forces face a street-by-street battle to take Kyiv and other major cities, as Russian losses of soldiers and hardware mount, against fierce opposition by units of the Ukrainian army boosted by 100,000 ordinary citizens using Kalashnikov automatic rifles and Molotov cocktails.

Offers of military assistance are coming from EU member states, including anti-tank weapons and fighter jets.

Putin is starting to look isolated, desperate and beleaguered. Ukrainian armed forces in the last few days have won international admiration and shown themselves to be more than a match for Russia’s far larger, better equipped and supposedly invincible army.

Whether or not he is successful in toppling the highly respected, popular and democratically elected Volodymyr Zelensky (and it increasingly looks like he will fail) it is clear that Ukraine’s 44 million people will never accept being ruled by a pro-Russian puppet administration controlled by Putin.

It means either a permanent occupation force, far larger than the 170,000 Russian troops now in Ukraine, to prop up Moscow’s preferred government. Or face the near constant risk of its overthrow, as the administration of Viktor Yanukovych was in 2014 during the Orange Revolution.

Internationally, Putin’s claim to be ‘liberating’ Ukraine looks increasingly ridiculous as millions flee westward and to safety in the EU. As Simon Fraser, former permanent secretary at the UK Foreign Office, noted on Twitter:

The consequences for Putin

As negotiations begin today on the Ukraine/Belarus border to seek an end to the fighting, Putin’s decision to launch a full-scale invasion of Ukraine looks to have backfired spectacularly. So far he has:

Putin once claimed the demise of the Soviet Union was “the greatest geopolitical catastrophe of the century” but in launching his attempted and entirely unprovoked invasion of Ukraine he may well have initiated an even greater one for Russia – and for himself.