Priti Patel to push ahead with harsh asylum and immigration proposals

Dr Stella Perrott highlights the immigration proposals that were laid out in the queen's speech: the government want to make it more difficult for asylum seekers to gain asylum in the UK. 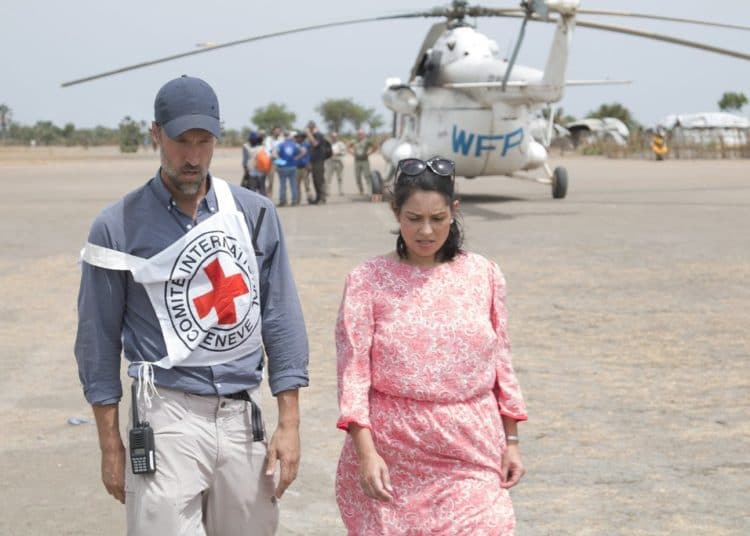 In the Queen’s speech on Wednesday (11 May), the government announced that it would make it more difficult for refugees to gain asylum in the UK and to deport more quickly those denied leave to remain, by reducing the legal challenges a claimant may make. The government intends to legislate to refuse consideration of asylum claims of those who have travelled through a ‘safe’ country.

Yorkshire Bylines discussed these proposals, contained in the government’s plan for immigration a week ago. The proposals aim to stop the most unsafe but relatively accessible route of entry, via small boats crossing the channel, and to make deportation easier. There are currently no safe routes by which those seeking asylum can gain access to the UK, and none are planned.

Prior to the UK leaving the EU, under the Dublin III arrangements, the government could send asylum seekers who had crossed the channel back to their first European country of entry for their case to be considered. We are no longer part of these arrangements and any agreement on returns must be achieved through negotiations with individual nations.

EU countries have already indicated that they will not accept returns. This is not surprising given the disproportionate number of refugees European countries are accommodating in comparison with the UK. For example, in 2019/2020 (the last year for which figures are available) 165,615 asylum applications were made in Germany compared with 44,835 in the UK. The numbers will be even smaller this year.

Opposition to the plan from voluntary agencies, refugees, refugee organisations, churches, immigration lawyers, and rights campaigners has been overwhelming. Even the United Nations, usually cautious about commenting on individual countries, has condemned the plan as being in breach of international law and for its inhumanity.

The new plan for immigration was published on 24 March with a consultation return date of 5 May allowing only six weeks for consideration instead of the usual 12. At this time of writing, there has been no analysis of the responses or summary of the main areas of concern or support for the plan. In pushing ahead, the government is ignoring the views and wisdom of experts in the system

The government and Home Office has a long history of court judgments going against their decisions and policies. The most recent judgment (a family reunion case) was only last week. While Priti Patel has blamed ‘lefty lawyers’ for this unfortunate situation, the government’s own immigration inspectorate has repeatedly found that incompetence is at the heart of a poorly functioning system riddled with delays and error.

The failure to stop trafficking and criminal gangs operating is entirely down to the Home Office’s poor performance, while their incompetence in dealing with the arrival of small boats exacerbates the situation. Meanwhile, the prisons inspectorate has found the Home Office’s failure to ensure good and prompt legal advice causes delays, last minute appeals and erroneous immigration judgments.

The immigration system is broken, but the problems are of the Home Office’s own making. It has had a year, during which asylum applications have plummeted, to address the backlog, put decent humane systems in place and ensure all its immigration and border agencies were functioning effectively. It has wasted this year, doing nothing to make improvements while increasing delay and cementing problems further.

The plans outlined in the Queen’s speech will not answer the deficiencies of the asylum and immigration system but will increase human misery and risk of death in the channel.