Is it too kind to describe the government’s handling of the covid crisis as a dog’s dinner? 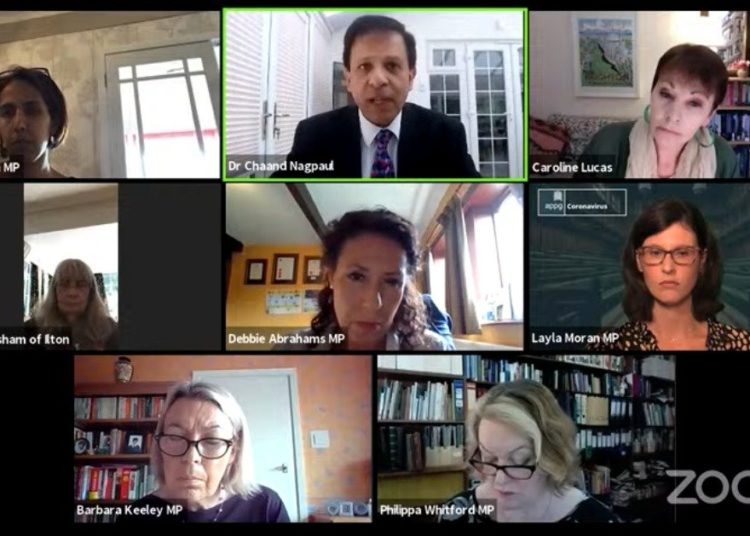 It’s certainly a mess for all manner of reasons: incompetence, over-centralisation, fragmentation of procurement, ignoring public health experts and labs, chaotic and ad hoc reactions, inefficiency, dogma, spin and outsourcing testing to a myriad of private companies. On that last point, some of these private companies lacked any experience in fulfilling public contracts, and others have what can only be described as a ‘chequered past’.

We can’t afford to wait for the government to decide if and when it’s going to try to get to the bottom of its failures. But failed it has, big time – England has the worst excess death rate in Europe. Now, not later, is the right time to get a grip. Now. Not after the MPs’ summer holidays, or the party conference season, or the Brexit finale.

Ministers pretending that infection rates have risen because the public is to blame for not following the government’s contradictory advice fools no one. It certainly doesn’t fool the all-party parliamentary group (APPG) that has convened itself to try to get to grips with what happened before we are hit with an exponential increase in covid infections and deaths in the run up to winter.

The coronavirus APPG, chaired by Layla Moran, has been taking evidence from experts and members of the public. Its website is easy to follow and invites information from all of us. Its evidence gathering sessions are live streamed, to allow people to watch what the experts and contributors have to say. Their evidence to date is chilling. On many fronts, the government seems to have failed. But the APPG is not about apportioning blame. It wants quickly to find out what needs to change in order to persuade the government to modify its approach and processes, and protect the public’s health and wellbeing.

The next evidence session will take place this Wednesday (5 August) at 11.30am – you can register for it HERE. The group will hear evidence on ‘Long covid’. Covid is a moving target. It is changing, as all viruses do over time. The impact it has on different individuals varies enormously in terms of severity, which organs it attacks and for how long. Long covid (also known as post-covid syndrome or illness, which assumes the original illness actually finished) can linger for months. It can affect the brain and leave lasting damage. The evidence on this is being researched across the world, and there is no good reason to pretend that the UK can go it alone and ignore what has been discovered to date. It is an ongoing challenge for medical researchers and virologists.

The discrepancy in how covid affects individuals has been attributed in part to genetic and health factors, in part to socio-economic factors, and in part to poor management of the whole procedure for trying to contain the spread of the virus. Poor management started with ignoring the findings of the Cygnus report, which looked at the UK’s preparedness to deal with epidemics and found it to be wanting. As a result, there was insufficient equipment, testing capacity, tests and PPE, and to try and disguise those gaps, the government frequently changed policy on testing and procurement to the detriment of the public. The government failed to respond adequately or appropriately, as experts have confirmed.

We all remember the distribution problems of PPE, and how it was cynically suggested that health and social care were to blame for gaps in provision, owing to their alleged misuse and/or over-use of equipment. The impression we now have is of a big cover-up – with details of double-counting of gloves, inappropriate skimpy aprons, lack of (or high prices for) PPE to care homes, and standards not being met. We also now know that the government changed its advice to care homes over 40 times in the first month of the pandemic response.

The APPG has been told that there was a problem with logistics. A complex web of private contracts, poor communication and shortages led to orders being unilaterally cut and different regions having different access to what was available. In April 2020, 48 per cent of doctors were buying their own PPE as distribution problems grew. Local production offers had been rejected even though the UK’s capacity to produce its own PPE, or import sufficient equipment, was well known.

Richard Horton, editor of the Lancet, has said that the UK faced the biggest science policy failure for a generation, despite it being clear in December 2019 that PPE supplies were inadequate or inappropriate (such as short sleeved gowns instead of long-sleeved ones, surpluses being sent to the US instead of the UK, and supplies being out-of-date).

It seems that relying on private companies was neither inevitable nor essential. Public health bodies routinely take on testing and tracing in the event of infectious disease. Although local public health authorities could do this, a centralised approach from government overlooked this. As a result, essential tasks were outsourced to fragmented, private companies whose skill base was inadequate to the task. The top-down centralised system didn’t take local variability into account. It wasn’t adequately coordinated.

Nor did it allow local authorities to hone their environmental, health, community bodies, and GPs to work together to manage the situation locally. The APPG’s Philippa Whitford (SNP) said it’s estimated that local public health teams (that have jumped in to assist with testing and tracking), are actually doing about eight times the amount of contact tracing as the central call centres. Experts see the outsourcing of testing to private labs as disastrous.

What can be done to improve things now?

Experts echo each other in identifying testing as the top priority: test, trace, track, isolate and support people has been the World Health Organization advice from the start, and is still the correct approach. Crushing covid depends on that. Experts say that GPs should be equipped to do tests and get real-time access to data in order to allow local responses to be adapted to what is happening on the ground. Local teams must be able to access and update data in order to get results out fast. They also recommend switching from outsourced call centres to local public health bodies and local authorities.

But even if the government changes its approach to allow local control, it must be recognised that two gaps remain that challenge our capacity to crush covid sensibly.

First, the supply and distribution of appropriate PPE is still problematic, notably in social care and primary care environments. Strict public health infection control measures need to be followed, including ensuring that staff do not go out of infected places wearing the clothes or uniforms they’ve been working in, as these are vectors of transmission. But that is not entirely realistic given the number of carers on zero-hours contracts going from one job to another as and when needed, without changing clothes.

Second, staffing and funding present major challenges. Not all hospitals routinely cover the cost of washing of uniforms. There are further problems for community nurses and ambulance staff who make multiple calls during their shifts, or may be called to sudden emergencies. In addition, there are currently 100k NHS vacancies, which has placed an extra burden on healthcare professionals. But poor use has been made of some 30k retired NHS staff who volunteered to return to work; in the case of doctors, that should have meant reinstating their registration and not just using them for the occasional tracking call. Existing gaps in staffing can’t be met overnight. Bullying, poor staff morale, post traumatic stress, staff burnout and the rolling problems of postponed elective surgery and care have consequences. As did the premature discharge of elderly covid positive patients to inadequately equipped and staffed care homes.

In addition, the wider impact of systemic failure on other vulnerable groups – disabled younger people, autistic people, those with mental health problems, those having to self-isolate seemingly indefinitely – have a legacy for both social and health care.

This is not just about funding. It seems to be about the government fundamentally not heeding the advice of experts, or dismissing that advice if it conflicted with its predetermined, preferred decisions. The evidence is coming in: England’s covid response wasn’t just bad, ill-informed and inappropriate by default or design. It has had disastrous consequences, as information from experts here and in the EU was stubbornly ignored. That cannot be allowed to happen again. The government is responsible for keeping its people safe. It has so far failed.

There is more to learn. If you have something to say, contact the APPG or submit your evidence HERE.