Could fishing scupper a Brexit deal? Martin Gellerman looks at the emotional value of fishing and what each side needs to do. 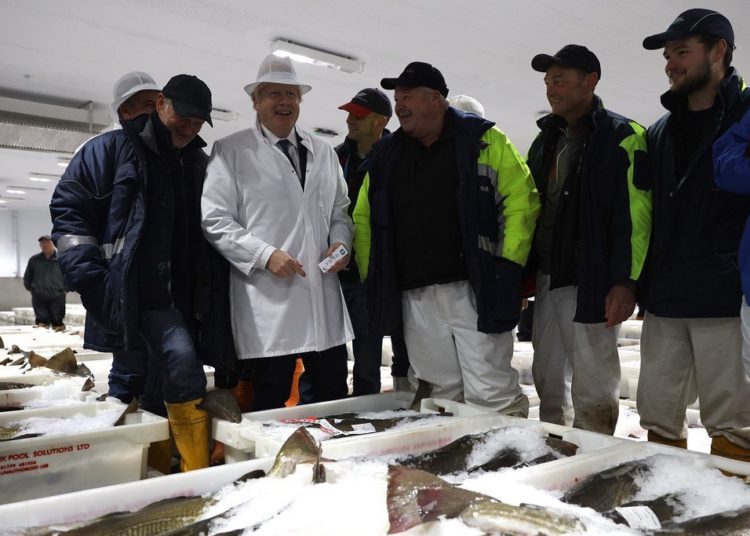 Can Brexit negotiations collapse because of fish?

Fisheries account for a mere 0.1 percent of Britain’s economic output. It is irrelevant in relation to the economic weight of a potential Brexit deal. But this argument fails to take into account the heavy symbolic significance that offshore borders carry for the UK – a proud ‘island nation’ and historical maritime superpower.

Britain’s control of its waters is as intrinsically linked to its quest for sovereignty and global clout as the control of its borders onshore. The successful negotiation of a fisheries deal carries high political stakes for the Brexiters. Their demands are symbolic, but the political consequences of the EU’s treating them as unreal may lead to a very real no-deal Brexit. To avoid this, the EU needs to take steps of reconciliation in order to safeguard the overall deal.

At the heart of the dispute on fisheries is the UK’s relationship to the EU’s common fisheries policy (CFP) in the post-transition world. Originally devised in 1970, the policy aims at creating “long-term environmental, economic, and social sustainability”. This is achieved through shared access to fisheries under a common management system. In other words, fish is, at least in part, de-nationalised.

But such resource pooling has enraged British fishermen ever since the CFP’s inception, and is blamed – often unjustly – for the demise of the UK’s fishing industry. The UK wants to leave the CFP and become an independent coastal state – which means that, under international law, it has a 200-nautical-mile ‘exclusive economic zone’ and exclusive power to regulate access within the zone. This power to define our own rules on stock extraction would, according to Leave supporters, help us “take back control’ and be freed from the “shackles” of European influence when the Brexit clock finally chimes at 11pm UK time on 31 December 2020.

The EU, on the other hand, seeks to continue the current regime, which grants European fishermen generous access rights and quota shares in British waters. Whereas the UK is legally entitled to control its own waters after the end of the transition period, its fishing industry (and Sottish fishermen in particular) is heavily dependent on exporting high-value products to the EU.

If and when British fishing grounds become inaccessible to foreign vessels, the EU will retaliate by imposing tariffs on British fisheries exports, making them difficult to sell in the EU’s 27 member states. Scottish fishermen will be hit hardest by these export barriers, and that will bolster the Scottish independence movement. These divergent interests make fisheries incredibly challenging for the two sides to negotiate, and pose a real risk to the successful conclusion of a Brexit deal.

But there is no need to despair!

The negotiation gridlock on fisheries can be broken if the EU takes the first step and concedes on the amount its fishermen can catch off the British coast. If the EU readjusts the CFP’s imbalance on quotas and access, this political gesture would alleviate the historic animosity that it has built up, and encourage the UK in turn to be more flexible on its demand for total coastal independence. Such flexibility has proven in the past to be a catalyst for agreement. During the Heath-Pompidou summit of May 1971, it was Pompidou’s willingness to concede to the demands of Prime Minister Edward Heath on fisheries that allowed France and its partners to reopen the original CFP deal of 1970, as part of the accession bargain for British entry into the European Community.

The current path to success is no different – the EU should take the initiative in showing flexibility on fisheries, which will in turn encourage the UK to make concessions and negotiate a mutually beneficial agreement.

If the EU makes this initial gesture, the UK must then let go of its symbolic demands for full coastal independence, and negotiate cooperatively. This was what it did in 1983 during the reform of the CFP, when it started the bargaining with excessive and chiefly symbolic claims, but eventually dropped demands such as vast exclusive areas for British vessels beyond the 12-mile line, and facilitated agreement by offering Denmark a square of the ‘Shetland box’.

The logic is the same today – the UK’s negotiators are well aware that an overall no-deal outcome is more costly than attracting the wrath of those directly affected by an unsatisfactory fisheries regime. What is needed now is a reminder of this to push the UK towards agreement.

This conclusion is simple: there is no reason to panic. Past fisheries negotiations have shown that the UK is able and willing to reach agreement in contentious circumstances. Even if fisheries are used as a bargaining chip to achieve better overall terms, this does not mean the British government intends to bargain along symbolic lines and sabotage the negotiations in their entirety. Equally, the EU has demonstrated in the past that flexibility is a catalyst to reach agreement on fisheries.

So there is a real possibility of a fisheries deal. But both parties need to make painful sacrifices. The EU needs to accept that the simple continuation of the current CFP is unlikely to be achieved, and the UK needs to abandon the dream of selling fish in the EU while enjoying exclusivity in its own waters. The most realistic outcome is a transitional policy, based on the CFP, which reconciles EU market access for the UK with reduced levels of fishing by foreign vessels in British waters.

This may be neither fish nor fowl for fishermen on both sides, but it is the only realistic solution to guarantee their survival. With time running out, it is imperative that both parties set aside the political uproar and come to terms with reality on fisheries, in order to conclude an overall deal.

Martin is a German native who was educated at Hertford and St. Antony's Colleges, Oxford University. He teaches European Union politics at Oxford University and researches UK-EU relations. His specialism is the historical development of the EU's Common Fisheries Policy.