What now for the American election, after the announcement that Donald Trump and his wife have tested positive for Covid-19? 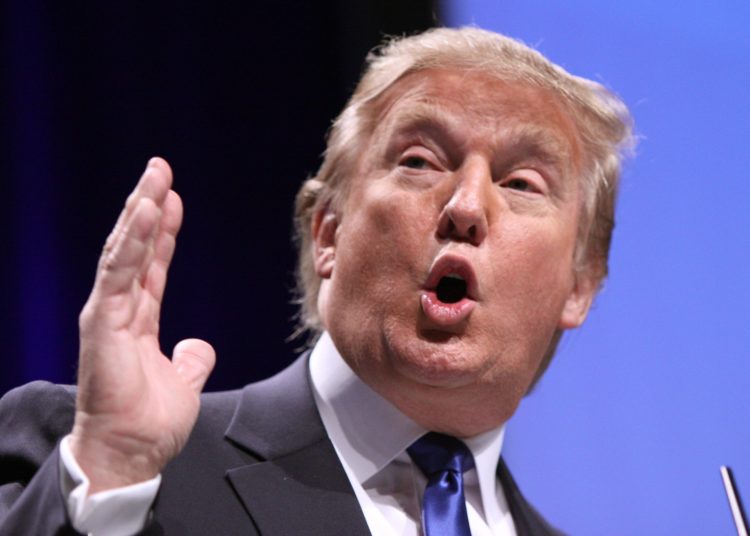 Donald Trump by Gage Skidmore is licensed under CC BY-SA 2.0

What now for the American election, after the announcement that Donald Trump and his wife have tested positive for Covid-19? In many ways, this was a long time coming, given that Trump refused to wear a mask. But he was not alone in this among world leaders. He, Boris Johnson, and Jair Bolsonaro of Brazil, are men so alike on the world stage they have been constantly compared, and even referred to as ‘tres amigos,’ a reference to the comedy film in which three actors pose hopelessly as bandit fighters.

Why these three? A fascinating and controversial psychology lies beneath.

On viewing the first presidential debate of 2020, many people marvelled at the enduring tenaciousness of ‘the Donald’ as he attempts to hang onto his presidency. When we think about Donald Trump’s track record and his yobbish performance, childishly interrupting his opponent until Joe Biden said in disgust “shut up, man … this is so unpresidential”, it seems incredible that anyone would even think of voting for him.

As long as Trump continues with his message of fake news and elaborate conspiracies being woven against him by the left wing media, and is able to shout down the person who is attempting to debate with him, I think he might be in with some chance of winning. After all, his score from the American public on this first debate with Biden is very similar to his score on his first debate with Hillary Clinton in 2016. So how does he do it?

Evolutionary psychology can offer some insights into this situation. In 1982, Dutch anthropologist Frans de Waal published his now world-famous book Chimpanzee Politics, which followed the fortunes of a troop of chimpanzees at the Arnhem Zoo, most particularly the alpha males vying for the leadership of the pack. Many similarities were later drawn between human and chimpanzee male dominance tactics, notably by Newt Gingrich, the former speaker of the USA’s House of Representatives, who suggested that new congressional representatives read the book.

Human beings have become adept at using a standard pattern of dishonesty to ensure success at the ballot box: create a threat, then play on the fear aroused by intimating the need for a ‘strong man’ who will take care of everything, being offering generalities rather than specifics. It was the ‘strong man’ ideology that underpinned European fascism in the mid-20th century. Dominic Cummings explains on his blog (extracts below) how a more subtle approach to populism was used by the Leave Campaign “to persuade people of something”: to spin a set of information in a particular way until it became a ‘baseball bat’ of a message, which was then continually reinforced to swing the referendum.

Consequently in December 2019, after an initial false start, Boris Johnson finally convinced the British electorate that he was the right ‘strong man’ to “get Brexit done”, with his “oven ready Brexit” which turned out to be anything but.

There is a big difference between human beings and chimpanzees: humans have a more highly developed capacity for abstract thought. We are able to see beyond an ape beating his chest to demonstrate that he is the largest and toughest in the pack. However, the primate ancestral brain still has some influence on instinctive human behaviour, and politics highlights one of the ways in which we see our ancestral primate nature emerge, particularly in voting behaviour. There is even a slight advantage experienced by taller male candidates in elections.

However, even in chimp society, the alpha male advantage is by no means absolute and he requires friends to bolster his position. And Trump is no different, although human beings tend to do this linguistically rather than through physical threat. In 2016, Nigel Farage was quick to excuse Trump’s misogynist outbursts as the normal, mundane ramblings of “an alpha male boasting”, and there is no shortage of Trump apologists four years later, caught in the thrall of this primate cult. Their reward is to hang onto the alpha male’s coat tails, receive crumbs from his table, and maybe to be in with a chance of replacing him when he falls from his position (as is, of course, inevitable).

Evolutionary psychology has been unfairly criticised as a deterministic discipline, but nothing could be further from the truth. Human beings have an evolved capacity for metacognition – that is, to create a conscious awareness of our own thought processes that protects us against our own worst instincts. It is now time for a very public, transatlantic discussion of the damage that the cult of the alpha male leader can wreak on even the most liberal and sophisticated societies, and how this might be avoided in the future. Evolutionary psychology is the thinking tool that can most effectively shine a light into this very dark corner of the human soul.

It can also give us the opportunity for some lateral thinking to highlight the utter ridiculousness of a person putting in a woeful performance like Trump, yet still being able to convince over a quarter of the American population that he is a credible candidate to lead their country, by employing his primate roar. A point that Twitter has not been slow to recognise.

Covid-19 is a mighty opponent for alpha male politicians like Trump, Johnson and Bolsanaro. It does not take bribes, shouting has no impact upon it, and military and paramilitary force cannot stop its invasion. And many Americans will remember how Trump mocked Hillary Clinton’s illness in the 2016 campaign, constructing a narrative of ‘weak woman’ that added to the manner in which he towered over her in the election debates.

So, what will happen now? If Trump does not become ill, or becomes ill and recovers quickly, no doubt ‘Covid couldn’t stop me’ will be added to his alpha male rhetoric. Indeed, fellow ‘strong man’ Vladimir Putin had already told him his “vitality” will help him fight the virus (you couldn’t make it up!). But if he is unwell across the entire period leading up to the election, America and the world will plunge even more deeply into the unchartered territory of Covid-19 2020.