Pam Jarvis brings to light the impact of the pandemic on young people's mental health and their education. She suggests that the 'Reggio Emilia' is one that we could learn from. 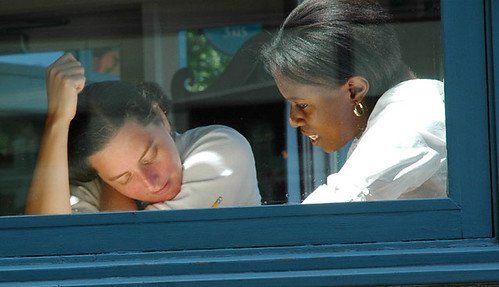 “Student and Teacher” by Wonderlane is licensed under CC BY 2.0

As covid retreats into the past, England will begin to review the many issues that arose due to Johnson’s the poor management of the pandemic, and to contemplate a more positive future, particularly for our children and young people.

It is becoming increasingly clear that after nearly a year of lockdown, fear, and bereavement, mental health difficulties for children and young people have worsened. But it is also very obvious that these problems were apparent long before the pandemic.

In 2019, on the eve of the pandemic, the teenagers’ mental health charity STEM4 reported that mental health services for children were overwhelmed by increasing demand, and that services were greatly over-stretched and underfunded.

A parliamentary report in 2017 about assessments in English education, included comments from children expressing feelings of “nervousness and anxiety”. Children’s parents and teachers reported feeling caught up in this system of ‘performativity and compliance’, where they feel judged by society when their children do not ‘perform’ as required.

In 2015, 15-year-old Orli Vogt Vincent explained in The Guardian explained how this process was being driven through England’s schools, several years before Covid19 became an additional factor:

“Our education system is creating a generation of broken young adults, wound up by a key in the back and dropped once they are deemed unfit. It is creating a generation of fearful young people who will never be bold enough to take initiative and discover new things because they’ve been taught that success is a destination that only has one route.”

Rebuilding post-covid gives us the perfect opportunity for a re-boot. This is what happened in Italy after World War Two, when the mothers of Reggio Emilia banded together to build a better future for their young children.

Five days after the end of WWII, rumours spread in the Reggio Emilia area of Italy that some peasant women were trying to build a school. But they weren’t simply ‘peasant women’. They were an organised group of mothers of young children who were members of two associations: The Union of Italian Women (UDI), an anti-fascist association founded in 1944, and the Catholic Italian Women’s Centre, created in 1945.

Together with trained teachers, the mothers of Reggio Emilia formulated a plan to create their own early years education system in which their children were not required to passively regurgitate ‘lessons’. Instead, they received help developing self-awareness, intolerance of injustice, a sense of equality and the confidence to stand up to an overbearing state or religious institution. The mothers hoped that this education method would prevent Italians from future subjugation and disaster, as they’d recently suffered under Mussolini’s regime.

Over several years, the mothers and teachers worked together to produce a model of a child as strong, powerful and competent – confident to develop and explore original ideas and theories in collaboration with others, under the guidance of adults. Children aged between three and seven asked their own original questions, from which teachers launched a programme of research around a topic agreed by the group. For example, a question like “how does the water get into the tap?” would result in a range of discovery activities around plumbing, rainfall, water treatment centres and a study of the history of sanitation, amongst other potential lines of investigation.

The Reggio Emilia early years framework has endured and spread around the world, although not in England where its lack of a standardised testing system/ fixed curriculum creates major incompatibilities with national guidelines. Teachers work by researching topics and learning about them alongside the children. The children are fully aware that adults don’t know everything, but that their greater experience enables them to act as lead researchers in project work. Parents and local community members are welcomed into the classroom to share expertise that will further the children’s investigations.

A new vision for education, post-pandemic?

A sense that one lacks control over one’s own life is a major factor in the development of anxiety and depression, creating a continual state of stress. While less attention was paid to mental health in the mid-20th century, this was something the Reggio Emilia system addressed – giving children control over their own education.

In contrast, our government has shown no interest in the impact of its policies on individuals, let alone on our nation’s children. Whether from its ‘herd immunity’ in the initial phase of the pandemic, or the manipulation of data that placed parents, children and teachers in danger, this government has shown a disregard for its citizens. And our system is set up so that no matter how unpopular the actions of our government, we feel powerless to stop what’s happening.

All of which reduces our sense of agency, with a consequent impact on our mental health. While the pandemic has clearly exacerbated this, it has not been the root cause. And just as it did in Reggio Emilia nearly 70 years ago, the answer lies in our children and young people. Rather than instilling them with a “terror brought on by the idea of failing”, why not educate them to develop the power to take the initiative. Let them work together to seek solutions, underpinned by the confidence to believe that they can understand and change the world.