This article is part two in a series. It was first published in the June 2021 edition of Critical Stages. Dr John Elsom has been a writer since leaving university. As a member of the British Liberal Party, he stood for parliament and chaired the party’s arts and broadcasting committee. He is a theatre historian and an authority on arts policy and cultural management.

In Britain and the US, political messages are now sold to the electorate like commercial products, but without the same legal safeguards. In commercial advertising, there are laws against making false or misleading claims. The same cannot be said for politics.

During the lengthy and cantankerous debates that led to the UK’s departure from the EU, the Leave-EU campaign employed the services of Cambridge Analytica, one of many companies that analyse the internet to provide profiles of the public, in the form of algorithms, according to their likes and dislikes. Cambridge Analytica obtained some 50 million Facebook entries to assist the targeting of voters during the Trump campaign in 2016.

In Europe (and across the world), we have had much experience of governments that have tried to dominate and control their cultures. Some have collapsed in ignominy; others have left ugly traces of repression. But even those, like the British, which have defended the principle of ‘free speech’ and brought to an end many centuries of formal censorship, can tamper with their cultures for political reasons in many smaller, but still fundamental, ways.

Political influence on the cultural landscape

In the ten years, 1978–1988, when I was an adviser to the Liberals, political decisions were taken, which greatly changed the cultural landscape. State funding for arts institutions was supplemented, and then largely replaced, by commercial sponsorship. The arts, like sports, drifted towards becoming a tool for marketing.

This transformation was defended by Thatcher’s Conservative government as a step towards cultural freedom, in that it liberated the arts from the arms of the state, but they then became vulnerable to the demands of big business, which could be just as dictatorial. Whole festivals and sports events were cancelled, if they lost their sponsorship. And then there was lottery funding…

Fresh streams of money flooded the market place, which benefitted the compliant rather than the deserving. The layers of veneer, intended to separate the interests of patrons, state or private, from those of the artists, were scraped away. The ‘arm’s length principle’ was neglected or ignored. The original aim of the Arts Council of Great Britain was to support culture at a local level. The local repertory theatres and concert halls benefitted.

Soon, however, national priorities prevailed. The prestigious theatres (National Theatre and Royal Shakespeare Company) received disproportionately high levels of state funding and were in a better position to seek commercial sponsorship as well. They flew the cultural flag for the country, travelled on state visits, and benefitted from commercial transfers. In some cases, such as the NT’s Amadeus, an American commercial producer used the support from the British taxpayer to produce a hit show for Broadway.

The impact on broadcast media

Even the BBC, whose independence was protected (in theory) by its Royal Charter, came under increasing pressure from the government. Its funding through the licence fee was threatened, its remit increased, and its board of governors was appointed more to control its executive management than to safeguard its freedoms. Might it still speak truth to power? Yes, but less incisively, and at times too reluctantly. ‘Impartiality’ in news coverage drifted towards moral equivalence and, to save money, the BBC’s World Services were curtailed.

During the months that led to the referendum on Brexit in 2016, roughly 120 hours of viewing time each week on Freeview were devoted to how we won the Second World War. These ranged from old favourites, such as the comedy series, Dad’s Army, still running after 60 years, to ripping yarns (Where Eagles Dare) and documentaries (Nazi Megastructures).

We have become sensitive, even ashamed, of the colonial epics where black servants whisper gratefully to a benevolent Englishman, ‘Yes, baas!’; but Germans are still presented as goose-stepping Prussians, French as wimps of la Belle Epoque and Italians as priests or roués. In common with other countries, we have a poor sense of history, but a genius for nostalgia. 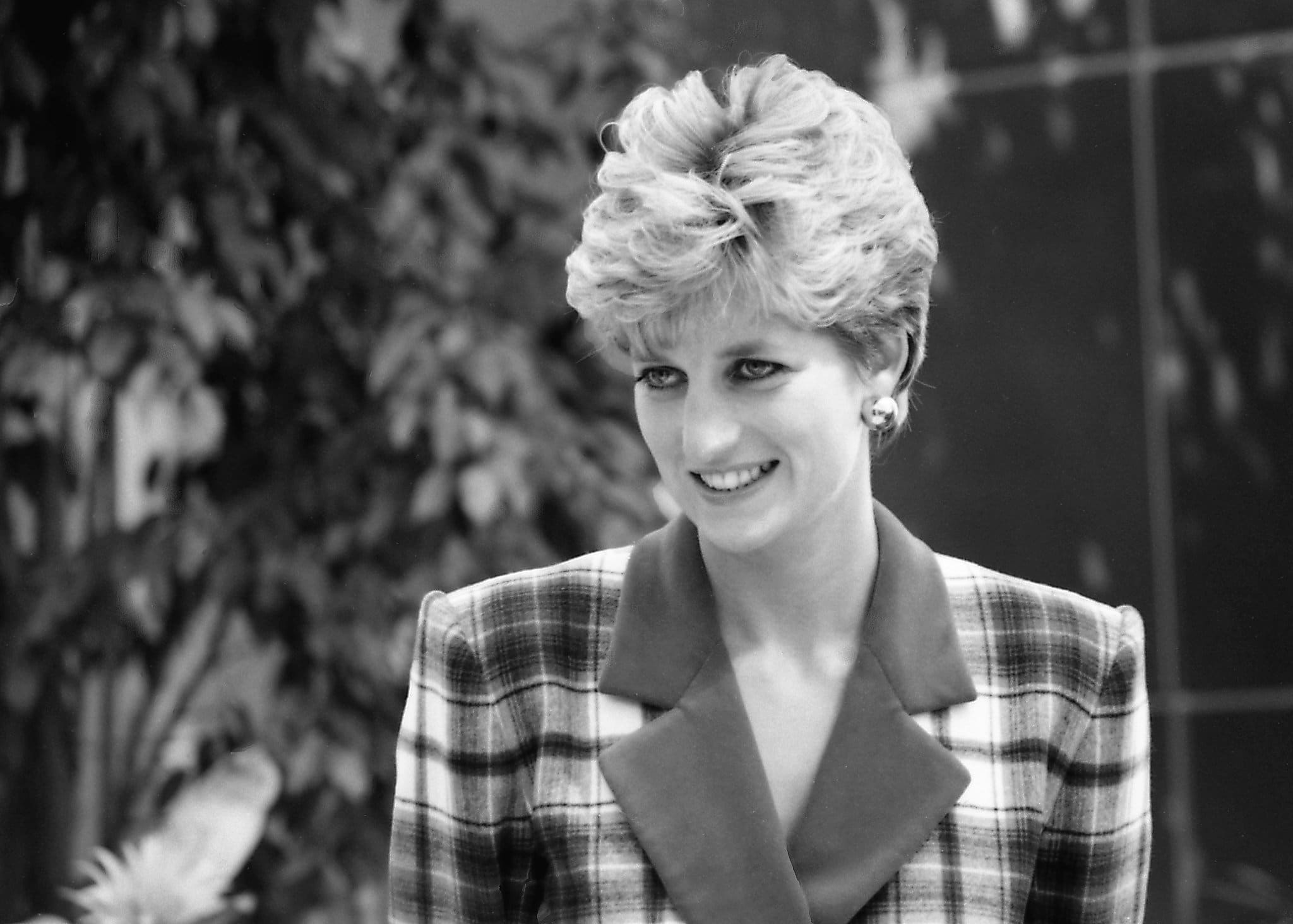 The arrival of the World Wide Web

During the pandemic, with theatres closed and filming of new drama restricted, there has been a lot of ancient goggle-box to watch. Those who wish to forget the last world war have had the opportunity to re-live the game shows and soap operas from yesteryear. We were once proud of the excellence of British television, but Covid-19 has taught us many lessons, among them that yesterday’s jokes and sitcoms wear thin, sometimes very thin.

Fortunately, there is the internet. In 1988, when I was trumpeting the merits of broadband, and telling a startled party conference that we could have ‘libraries on our desks’, I could barely imagine how YouTube, Facebook and social media would transform our lives.

In 1989, the World Wide Web was established: a free service to assist global browsing, run by a not-for-profit company, in the interests of human discourse without the constraints of media ownership. It was a glorious vision to which the youthful pioneers of the internet joyfully responded. It is still glorious and my life, in common with so many others, would be much impoverished without the daily contact with friends, the access to websites and the amazing tools for browsing.

Havoc and disruption courtesy of the internet

It would be foolish, however, not to acknowledge the havoc that has been caused over the past 40 years by the arrival of so powerful a means of communication. By-passing Big Bang Monday (1986), which globalised money markets and led to a world recession; tip-toeing past the Arab Spring, which overthrew dictatorships friendly to the West; and circumventing WikiLeaks, which exposed the US military to accusations of torture – there were smaller ways in which our Anglocentric lives were disrupted.

In the UK, the Conservative government installed broadband by private companies at a rate ‘to be determined by the market’. Richer places were cabled first, while poorer ones and country districts had to wait. Some are still waiting. The gulf between the haves and have-nots has been greatly increased by the politics of installation. During the pandemic, this has led to the loss of jobs, lives and educational opportunities.

Early days: the unknown potential of the internet

In the Liberals’ Green Paper (The Shaping of Experience, 1983), which I drafted, the ministry of culture would have been responsible for the installation of the network, evenly spread around the country.

Since we were worried by the possible infringements of copyright, we wanted to insist that every message on the net should be attributable to the person who posted it. We were still thinking of the internet as an extension of postal service.

We had no model for hacking, fake facts, phony websites and trolling. We could not imagine how the President of the United States would be prevented from using a social media site like Twitter – because his tweets might incite insurrection – or that an online company like Amazon could become wealthier (in terms of money) than the gross domestic products of several countries in Europe.

Regulation and control of the World Wide Web

I am somewhat relieved that major sites have taken steps to curb hate speech and calls for mob violence, but alarmed that private companies should be expected to take on the role of censoring access to the internet. Governments are negotiating with social media companies as to what content may be allowed or banned, but these self-imposed restrictions can often be avoided by shifting the site elsewhere.

This is not the only way in which a powerful media company can avoid some control by national administrations. In a global environment, it can escape taxes by changing the jurisdictions.

How can we ‘control’ the internet or, better still, make the most of the opportunities that satellites and broadband provide? In my view, the only appropriate body would be a ministry of culture, but like no other ministry that we have yet seen. Its role would not be to censor or subsidise, as in the past, but rather to oversee the processes by which opinions and information are shared.

We should think of ‘culture’, as we do the ‘environment’, more as a natural resource, than in terms of products, trades and institutions.

In Britain, the mail, telephonic and broadcasting services began as private companies, which were taken over by the state to ensure that all parts of the country were evenly served. It was a mistake on the part of Thatcher’s government that broadband was not installed in a similar way.

Since 1840, it has been an offence to tamper with the delivery of the mail, although any letter may contain libels and menaces, for nothing should interfere with the way in which we communicate. The principle of ‘free speech’ should be sacrosanct, even though in practice, we may say things that are dangerous or may regret.

In an open society, the diversity of opinion provides its own safeguards. Fake facts should be exposed, threats countered, and lies contradicted.

One benefit of the internet is that we have discovered how deeply racist sections of our supposedly liberal societies are. The confrontation with prejudice has forced us to choose, to make up our minds between ‘good and evil’, and to become more responsible for our lives.

Do black lives matter? Yes. It is less dangerous that we make use of our own personal powers of discrimination than to expect some public authority to do so on our behalf. A government cannot legislate for ‘goodness’. Even prime ministers are human.

A Ministry of Culture for the internet

To achieve this level of freedom, however, we have to take care that the environment of the internet is relatively free from interference, that access is widely and cheaply available, that all posts are attributable and, where they are not, suitable warnings are given. Criminal behaviour must still be banned. The powers of browsing websites to manipulate opinion must be monitored and, where necessary, curbed.

Authorities such as the UK’s Office for National Statistics should work within a cultural ministry, for there are no facts in the world that have not be carefully selected and are above opinion. Fact-check sites should gain their clients by the reliability of their services, rather than their claims of infallibility.

My ideal ministry of culture would always seek to support the inquiring human spirit, rather than to tame it, much as ecologists seek to work with nature rather than to dominate it. ‘One hundred schools of thought’ should peacefully ‘contend’, maybe more, certainly more, as they did in the State of Zheng, (Zhengzhou in today’s Chinese province of Henan) during the glorious, and still remembered, epoch of openness (600 years BC).

Culture itself derives from the way in which we try to understand reality, not how we escape from it. The arts – and particularly the theatre – are central to this process. Through them, we model our responses in advance, a training in mental flexibility that has helped our species to survive.

The pandemic will not destroy this determination. It will not even damage it. Halls may shut. Artists may survive on short rations and audiences, self-isolate. We are still in the night before Christmas, but somewhere, humble and unnoticed, a brave new world is born.