Yorkshire’s garden attractions wrestle with reopening in a pandemic 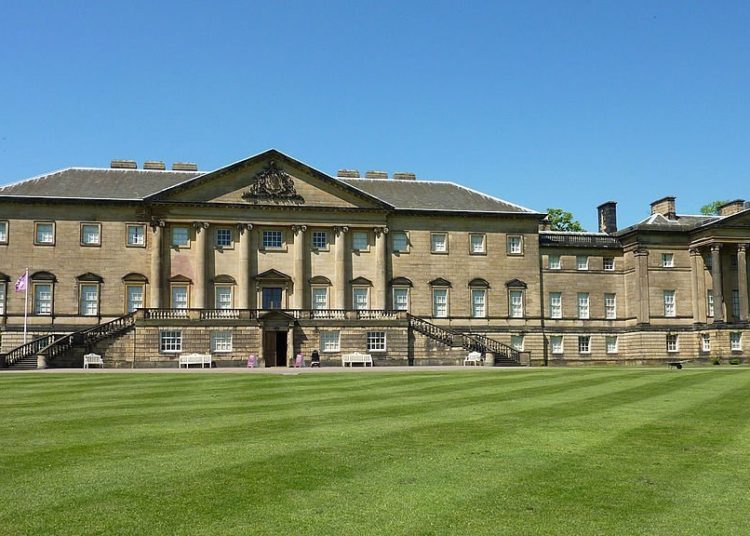 Come into the garden, Maud. (But book in advance and wash your hands).

As the UK stumbles into the open air, organisations and attractions all over the  country strive to create some sort of ‘new normal’ that works. Nowhere is this more true than with the many garden visitor attractions in our region. Normally, the week after Spring Bank would be a peak time for visitors but Covid-19 has decimated the industry.

So, it was, perhaps, something of a turning point when, according to an announcement by the Country Land and Business Association (CLA), the government relaxed the guidelines issued on 10 May that previously prevented ticketed attractions, including privately owned gardens, from opening to the public.

On hearing the news this week, Sarah Hendry, director general of the CLA said:

“I am delighted that government has listened to industry calls and taken what is clearly a pragmatic step forward. Thousands of people will now be able to enjoy the physical and mental health benefits of visiting a garden, whilst – of course – adhering to social distancing rules. Of course, garden owners must recognise their responsibility to follow government’s hygiene and social distancing rules, and conduct a full risk assessment before they open.”

Inevitably, the picture is slightly more complicated. For a start, government guidance issued on 23 May states that cafes and shops at such attractions may not yet open, which cuts off two vital revenue streams. Toilets may open but only so long as social distancing procedures are in place and provision is made for everything from hand towels, safety messaging and additional waste collection.

Elsewhere, publicly owned garden attractions are taking tentative steps towards re-opening. A breathless announcement from the National Trust on 22 May revealed the opening of some of its car parks! It speaks volumes about the Covid-19 crisis that such a development has become newsworthy. In contrast to some of the scenes at coastal resorts, where it appears the pandemic is considered over by significant numbers of the general public, the UK’s garden attractions and stately homes have had to move cautiously.

Nostell Priory, for example, partially reopened last week but visitors have to book car parking in advance and neither the house, the café, nor the shop are open. Visitors will note with relief that the toilets are open, but subject to social-distancing measures. The 18th Century stately home just outside Wakefield, home to Lord St Oswald and managed by the National Trust, was also the venue for parkrun, whose organisers have been trying to get the message out on social media that erstwhile participants should not gather in groups to run round the park under any circumstances.

At the time of writing, the Royal Horticultural Society, which manages 12 gardens in our region, was still advising that all its gardens were closed. Meanwhile, the Yorkshire Sculpture Park was at pains to point out that, as a charitable trust and an accredited museum, and not a public park, its legal status is that of an outdoor attraction and must therefore remain closed. They are busy planning a phased reopening and are asking the public not to visit the park.

The logistical challenges are exacerbated by issues of scale. When most people think of visiting gardens, the image that most readily comes to mind is low-key – a quiet saunter round the rhododendrons, as it were. The reality is anything but. RHS Harlow Carr, just outside Harrogate, attracts about 400,000 visitors a year. To put that in perspective, Yorkshire’s biggest attraction, Flamingoland, averages about 1.7 million; Yorkshire Sculpture Park and Hepworth Wakefield around 300,000.

Achieving social distancing and wiping down surfaces, such as door handles and gates, is a task of Sisyphean proportions, and is clearly going to take time.

According to Henk Geertsema of the CLA, a gradual, staggered approach will be essential, but attractions will clearly be relying on a critical amount of public goodwill and cooperation. He advises that visitors consult a venue’s website before they set off and to take responsibility for social distancing by using their own common sense.

And what of the challenges faced by the industry beyond the first tentative opening of the gates? Henk acknowledges that, “Obviously there will be associated losses and cash flow issues if they are dependent on visitor attractions and ancillary offerings such as B&Bs, farm shops and restaurants for instance, as these are still closed.”

In a litigious world, and given the mercurial nature of the British public, any strategy involving common sense is bound to come with attendant risks. It remains to be seen how much this shock to the system affects this part of the tourist industry’s ability to manage those risks whilst staggering back to its feet.

Information on the government’s guidance on access to green spaces is available HERE.