If the UK is not seen to be credible in combating Covid-19, countries we depend on for food imports may close their borders 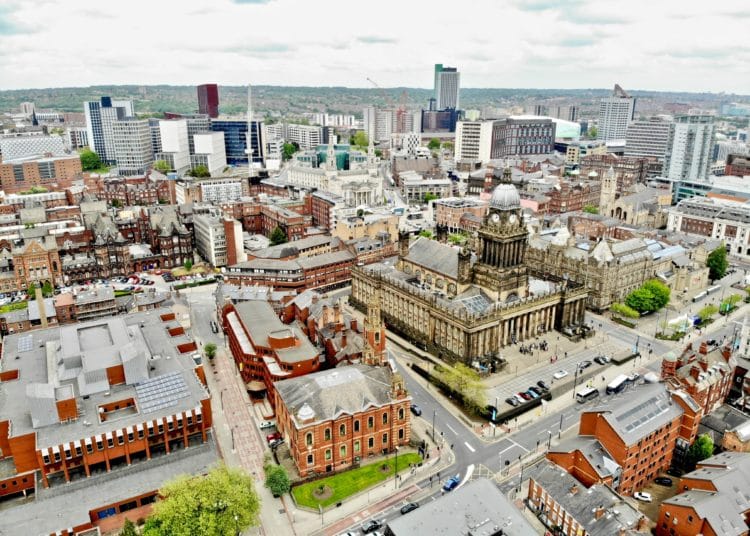 Photo by Benjamin Elliott on Unsplash

There’s so much we do not know about the response to Covid nationally and in Yorkshire itself. According to the FT, the UK’s excess death rate (no paywall) now tops the world, with over 59k more deaths than usual recorded since the week ending 20 March. Despite this, and despite the lack of effective testing and tracing systems, we are already easing lockdown restrictions.

The latest estimate from SAGE is that our ‘r rate’ was between 0.7 and 1 a week ago – but this is an average figure across the UK and we know the transmission rate is higher in Yorkshire and the North East. Many have claimed that the tragic number of lives lost across the country has been made worse by the government’s poor strategy, supported by ineffective systems, inadequate supply lines and insufficient equipment.

With many children returning to school on Monday, it is more important than ever that we examine our civil emergency response in Yorkshire. We must not limply assume that the new – as yet unavailable – government tracing app is the answer. We know that it will have problems, including privacy issues and the potential intrusive use and onward selling of our data – and many people have already indicated they do not trust the government or its agents enough to share their personal data in this way. The so-called ‘launch’ of the test and trace system today is already fraught with difficulty.

We need to adopt a regional response that takes account of these factors, and the globally recognised scientific advice. Yorkshire has densely populated cities and a higher proportion of lower-density towns and villages than many other counties. Unemployment is relatively high, farmers are again suffering labour shortages, and health and social care too lack sufficient personnel. Instead of heaving a sigh of relief that perhaps we missed the worst of the first wave of Covid-19 infection, we must ask how we best prepare for the inevitable second wave expected late June.

There is speculation in the national press that easing lockdown now is designed to move the second wave to the summer, in the hope that it will have subsided come the autumn and winter. This is not a sound or sustainable basis on which to meet public health needs. Yorkshire has many resources that could be brought into immediate planning for wave two. Universities, research labs, and care home clusters across the county, as well as hauliers and food producers all have something vital to contribute to boosting the resilience of Yorkshire.

The government chose to sideline our public lab capacity and public health, hollowing out the NHS by stealth. Yorkshire bodies should respond by urgently planning for the worst now. We can and should be well prepared.

The government may prefer a centralised approach to mis-managing the impending crises in supply chains and Covid wave two. But that does not mean that Yorkshire authorities should not get together and give us something more appropriate to our local needs.

Yorkshire’s Humber ports are under threat and inland port capacity, such as at Goole, cannot be magicked up overnight. Money diverted to Suffolk ports could have been more appropriately invested elsewhere. To the west, ports face a hard border in the Irish Sea and consequential delays in the distribution of goods and materials, food, chemicals and medicines.

If the UK is not seen to be credible in combating Covid-19, or is believed to be continuing with herd culling, other states on whom we depend for food imports may simply close the borders, as France threatened to do in March. The security of food supplies needs addressing now. It is not just about local farmers having problems recruiting fruit and vegetable pickers. Food security was a key issue for the European Economic Community when it was set up after World War 2, and early this month it preoccupied EU leaders. The UK should and must be part of those discussions.

Food supplies can be compromised by drought, poor harvests or insufficient workers to pick and package the food on time. Processing and manufacturing delays, as well as hold-ups at ports, further compromise supply lines. The initial lockdown showed how dependent the UK is on importing food and replenishing the shelves. The UK faced shortages of fresh vegetables and tinned goods that were unknown across other EU countries. In Germany, there was hardly any difference in the availability of foods on well-known supermarket shelves.

Now is the time to prevent delays in our supply chains, not increase them with a no-deal Brexit. We also need to ensure the delivery of vital parts for anything mechanical, as well as chemicals and pharmaceuticals. The government’s stubborn refusal to extend the transition period – which would avoid far greater paperwork and inevitable costs and delays on hauliers, importers and exporters – beggars belief.

In the face of a worse second wave of the pandemic, everything must be done to free the flow of goods and people to meet the needs of ordinary citizens.

The UK could have done much more, much sooner and much better, with far fewer deaths had regions been louder and more alert to central government antics. Local producers and labs were snubbed, with contracts handed out to private, foreign interests. Placing humanity at the heart of the response with a stress on test, trace, isolate and treat, as Jacinda Ardern did in New Zealand and Angela Merkel did in Germany for example, led to far fewer deaths than we have experienced in the UK. Could Yorkshire now do the same?

The government’s response to date has been poor. It is incoherent and incompetent. We are now promised not just more of the same but austerity, pension cuts, greater poverty and worse. The prospect of recession is global – it is not uniquely British.

Yorkshire should take the initiative and show how fast a well thought out plan to manage and hopefully forestall or curb a second Covid-19 wave can be prepared.