Yorkshire and Humber MPs who turned their backs on the NHS

It is hard to escape the conclusion that the government is asleep on the job – not paying attention and not asking critical questions affecting the safety and security of the UK. 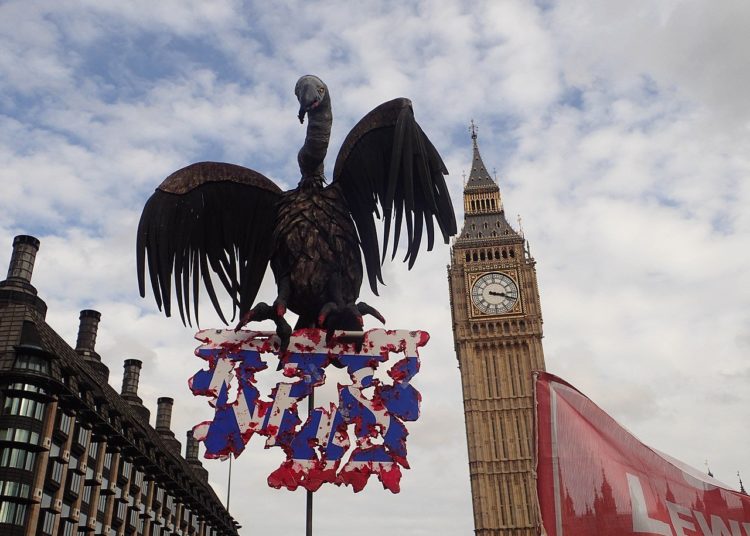 It is hard to escape the conclusion that the government is asleep on the job – not paying attention and not asking critical questions affecting the safety and security of the UK. This is as much about the Russian report as it is about the very serious issues surrounding the role of the British parliament in trade agreements.

Most comparable parliaments have the right to approve international trade treaties. But, as of yesterday, the UK’s doesn’t. The question has to be why anyone would want to stop parliamentary scrutiny of such agreements at a time when the UK is significantly weakened and facing a horrendously deprived future in the wake of Covid-19 and Brexit.

By not asking questions and not investigating matters, whatever the issue, the government and MPs are demonstrating negligence on a grand scale. By not looking, it means we don’t seek out and therefore don’t get any evidence. How convenient to be able to say ‘we have no evidence of blah blah…’

The people pay the price of this failure. And this applies immediately to the trade issues.

A long list of Yorkshire and Humber MPs last night did not vote to protect parliament’s role in respect of trade agreements. As a result the NHS – paid for by the people, for use by the people when they need it – is now up for grabs to whoever wants to raid it.

The new clause 17 on the international trade agreement relates to health and care services. It is hoped that our attention will be deflected from this by the chancellor’s announcement that nurses and social care workers are excluded from his public sector pay rise. But let’s look at the clause’s intention.

Green party MP Caroline Lucas, supported by Labour leader Keir Starmer and a number of other senior MPs, sought an amendment to enshrine protections for the NHS that we take for granted. Specifically, the amendment sought to ensure the principle of a “comprehensive and publicly funded health service free at the point of delivery” was not compromised by any future trade deal. This would have protected NHS wages and rights and regulated the control and pricing of medicines.

It’s critical to understand that the UK relies heavily on importing its medical supplies. Some 70 per cent come via the EU. Without free trade and membership of the single market, not only will haulier delays be inevitable but the UK will also face increased bureaucracy and tariffs.

None of this benefits you or me.

The pricing of medicines (especially innovative ones), equipment and procedures will rise exponentially. The NHS will have to choose which treatments and drugs it can afford, and which patients it can help – or it may choose to limit some treatment, giving access only to those who can afford to pay privately. As UK citizens, we will pay the price. A very real danger we now face is the even greater rationing of our healthcare, resulting in a potential three-tier health system: private, NHS+ (a private/public funded hybrid) and NHS-lite (the base-level safety net).

But this isn’t the end of it. What happened last night, and what will happen now with the NHS, illustrates a general point. Our MPs no longer have the power to hold the government to account. Worse still, many of our local MPs have chosen NOT to ensure that parliament has this power.

It is worth noting that many of the new Tory MPs who find themselves in parliament following the 2019 general election have only small majorities. Some of these in Yorkshire also have major hospitals within their constituencies. In Keighley, Robbie Moore has the Airedale NHS Foundation Trust on his patch; Dewsbury MP Mark Eastwood has Dewsbury District hospital; and Imran Ahmad Khan allegedly ‘looks after’ Pinderfields Hospital Wakefield. It’ll be a challenge explaining that to justifiably worried constituents.

The Yorkshire and Humber MPs who turned their backs on the NHS last night, and gave the government a blank cheque to sell our country to the highest bidder, are shown here (with majorities under 10,000 highlighted):

Last night he voted against this clause.

The threats facing us are extensive, imminent and shocking. Complacency is a luxury we cannot afford. MPs should not be trotting off on a long recess now. It should not be optional for them to duck their responsibility to ensure that they do indeed hold the government of the day to account. By not looking carefully at what the government is doing, and by not seeking expert information when it is needed – whether on Covid-19, the 2019 election, the 2016 referendum on EU membership, or anything else affecting people living here – they are demonstrating a severe lack of diligence, at best.

Nor should our MPs accept the bland, dismissive claim that ‘now is not the time’ to do something; or worse, ‘that was in the past’. Too often that simply means it’s never the right time to do anything, so it never gets done. Yesterday is in the past, but that doesn’t mean it’s legitimate or fair to ignore what happened. And the impact of these decisions cannot, and should not, be ignored; Covid-19 tells us that.

This lack of diligence allows unscrupulous governments and foreign interests to undermine the UK. As the Russia Report shows, there is no escaping the fact that this has happened. Democracy is precious. It has to be protected and our MPs are failing to do this.

Who will benefit from a no-deal Brexit?

Who will benefit from a no-deal Brexit?