Julian Sturdy, MP for York Outer, has proposed an amendment to the agriculture bill that will deregulate the gene editing of crops and foods. 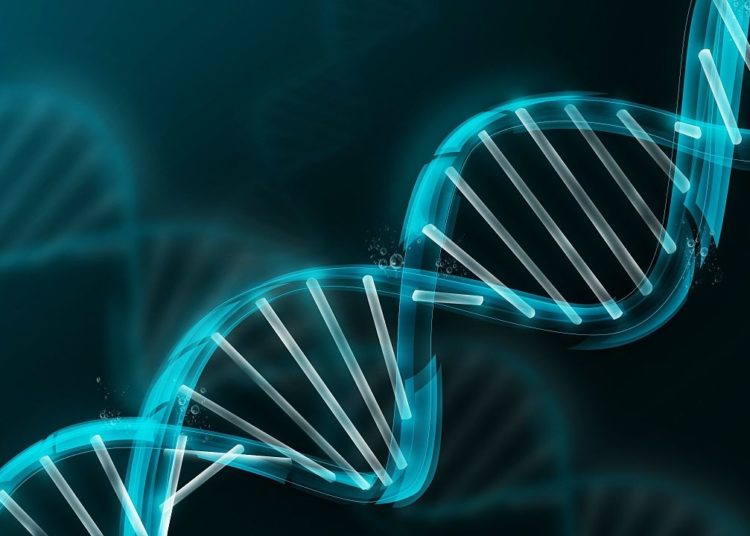 Julian Sturdy, MP for York Outer, has proposed an amendment to the agriculture bill that will deregulate the gene editing of crops and foods. He suggested the amendment in a letter at a late stage of the bill’s progression through parliament, when it was being discussed in the House of Lords – thus bypassing the need for a full debate in the Commons on this contentious issue.

The amendment was introduced in the House of Lords on 23 June by crossbench peer Lord Cameron of Dillington and others. It will change the definition of a genetically modified organism (GMO) in the Environmental Protection Act 1990 to exempt certain types of new genetic modification techniques, such as gene editing, from GMO regulations.

The amendment, if adopted, would align the UK with the lax GMO regulatory system in the US, in preparation for a UK-US trade deal. We often hear about the threat of chlorinated chicken, but a neglected aspect of the dangers of a US trade deal is inadequately regulated and unlabelled American GMOs.

While deregulation would please the US, it will set us at odds with our major trading partner for agricultural products, the EU. The EU views gene-edited products as GMOs, in line with a European Court of Justice ruling – and requires that they are regulated and labelled as such.

The way this amendment has been introduced has been criticised for being underhand and undemocratic. Genetic modification and gene editing wasn’t mentioned in the agriculture bill. Sturdy waited until the bill had moved to the Lords before writing to George Eustice, the secretary of state for Defra, when the issue of labelling and regulation could no longer be debated by MPs.

Sturdy acknowledged that the changes he proposed would normally require primary legislation but as “this opportunity may not arise again for some considerable time”, he suggested using a House of Lords amendment to give ministers the power to make far-reaching changes without the need for parliamentary approval.

(1) The Secretary of State may by regulations modify the definitions contained in Part VI of the Environmental Protection Act 1990 in relation to products of breeding techniques for agricultural purposes where nucleic acid changes could have occurred naturally or through traditional breeding methods.

To enable the Secretary of State to make changes to the Environmental Protection Act 1990, as it applies in England, in relation to breeding techniques after the UK leaves the EU. This would allow for regulation of new precision breeding techniques compatible with international definitions.

The wording is misleading. It doesn’t mention GM or gene editing. Instead, the explanatory statement accompanying the amendment proposes to allow deregulation of “new precision breeding techniques”. This term has no formal scientific or legal definition. But deregulation advocates, including scientists in universities and research institutes that rely on GMO industry funding, use it to mean gene editing.

Nucleic acid means DNA or RNA. The “changes” to DNA and RNA referred to in the amendment are brought about through genetic engineering (including gene editing). “Traditional breeding methods” are the kind of natural breeding methods that have been safely used for thousands of years.

Contrary to the wording of the amendment, there is no scientific evidence to suggest that the kinds of changes brought about by gene editing could have occurred naturally or through traditional breeding. Experimental evidence shows that these changes are different in type and frequency from the changes in natural breeding. These types of changes could result in a gene-edited food crop becoming unexpectedly toxic or allergenic.

In fact, gene-edited crops are patented, meaning that they must involve an “inventive step” that could not happen naturally. It seems GMO developers are telling the public and regulators that gene-edited organisms are natural – and the patent offices that they are anything but. Both cannot be correct.

Although gene-editing techniques are called “precision breeding techniques” in the amendment, gene editing is an artificial laboratory-based technique that has nothing to do with natural breeding. And many studies show that gene editing is not precise but causes drastic unintended changes in the genome, scrambling the DNA. For example, one study found that gene editing in rice varieties using the much-hyped CRISPR tool caused a wide range of unintended mutations (DNA damage), both at the intended editing site (on-target) and elsewhere in the genome (off-target).

More on the agriculture bill:

We don’t know what consequences these changes might have for the health of the consumer because this was not looked into, but the study’s authors sound a cautionary note. They warn, “early and accurate molecular characterization and screening must be carried out for generations before transitioning of CRISPR/Cas9 system from lab to field”.

These processes will not be carried out by developers – unless regulation requires it.  The authors add, “Understanding of uncertainties and risks regarding genome editing is necessary and critical before a new global policy for the new biotechnology is established”.

Caution is needed because we know that older-style GM techniques have resulted in some food crops becoming unexpectedly toxic or allergenic. Peer-reviewed animal feeding studies with first-generation GM crops and foods show they can cause adverse health effects. While these studies – and the researchers who carried them out – have been mercilessly attacked by the pro-GMO lobby, it doesn’t make the results go away.

Will the same effects be found with gene-edited crops and foods? No one knows, as no animal feeding studies with these new GMOs have ever been done. And the amendment to the agriculture bill will remove the regulatory requirement for basic safety checks, such as the compositional analysis, and the GMO labelling that currently allows consumers to choose which risks they expose themselves to and what sort of farming they want to support.

To protect public health, campaigners and concerned members of the public are calling on the Lords to reject the amendment. If gene editing is truly the game-changer that advocates claim, it should be fully debated in parliament by elected representatives who have had the chance to adequately inform themselves.

Meanwhile, Yorkshire Bylines will follow up this story and try to establish where Julian Sturdy originally got this idea from and exactly what “opportunity” he’s referring to.

Claire is editor of the website GMWatch.org, which informs the public about the risks of genetically modified foods/crops and associated pesticides. She is co-author with two genetic engineers of the book GMO Myths and Truths. She has co-authored peer-reviewed scientific papers on these topics. Her background is in research, writing, and education.