York City of Sanctuary’s management group was essential in the city’s transformation into a city of sanctuary, as it included representatives from various organisations and groups with diverse expertise and viewpoints. 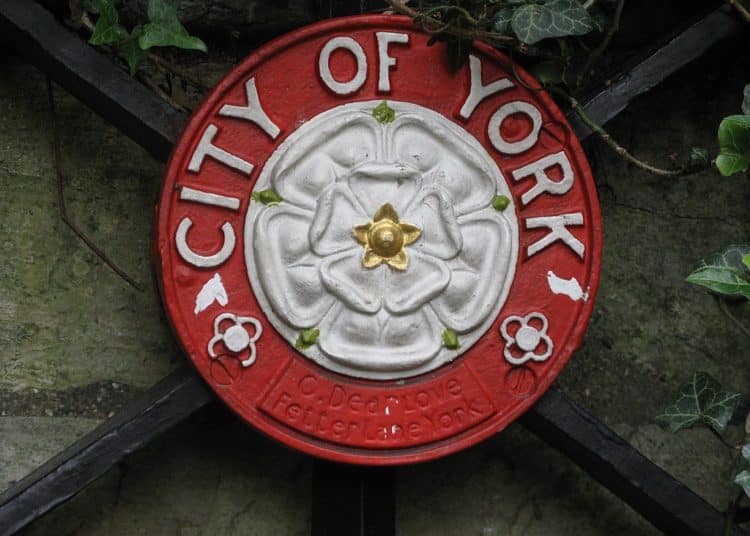 York has accomplished a great deal in terms of welcoming refugees and asylum seekers to the city, having been awarded city of sanctuary status in 2016. York City of Sanctuary’s management group was essential in the city’s transformation into a city of sanctuary, as it included representatives from various organisations and groups with diverse expertise and viewpoints.

I was able to play a role in this achievement, having been a member of the management group from 2014 to 2018, when it was dissolved, having achieved its objectives. My involvement gave me the chance to observe the management group and their remarkable collective achievement in leading the process that resulted in York being recognised as a city of sanctuary in 2016.

Councillor Keith Aspden and senior City of York Council officers were the first to propose transforming York into a city of sanctuary. I’d like to recognise their contributions, as well as those of other cross-party politicians who have offered their support to this worthy cause.

This demonstrates that when disparate politicians come together for a greater good, the city can become more inclusive and welcoming, and the ripple effect of this accomplishment will benefit future generations.

The city of sanctuary status was followed by connected developments. The York Human Rights City Network (YHRCN) civil society partnership was formed in 2011, a catalyst for the people, businesses and organisations of York to champion a vibrant, diverse, fair and safe city. The YHRCN has played, and continues to play, an essential role in advocating for refugees welcomed into the city.

On 24 April 2017, the sitting mayor of York, Cllr Dave Taylor, signed a declaration designating York the UK’s first ‘human rights city’. Additionally, York St John University received University of Sanctuary status in 2018, as did the University of York in 2020.

These universities play a vital role in welcoming refugees to the city, opening their doors to welcome asylum seekers who otherwise would not be able to study. The educational opportunities for refugees and asylum seekers provided in this way give them crucial life chances in their new home.

The City of York Council facilitates a refugee co-ordination group that meets regularly to address the needs of refugees and create a welcoming environment in the city. Additionally, the human rights and equalities board and York human rights city steering group are both committed to advocating for the rights of refugees in the city. They seek to establish a hospitable situation for them, and promote human-rights focused policies and services related to refugees and asylum-seeking populations in the city.

Moreover, most crucially, two dedicated charities are working for refugees in the city: Refugee Action York and York City of Sanctuary. Such organisations represent unsung heroes – the exceedingly kind and caring residents of York who are vital in maintaining a welcoming climate for refugees in the city by their generous support and practical assistance.

City of sanctuary initiative: more can be done

While the city of sanctuary initiative continues to make the UK more welcoming to refugees and asylum seekers, more could be done with this prestigious award system. For example, award of city of sanctuary status to a local government should be dependent on the local government making legally binding commitments in areas of fundamental human-rights issues, such as ‘food and shelter for all’.

Although the city of sanctuary scheme recently renewed the system for the award of this status, it still only focuses on policy-making levels. While this is a promising new development, it has the potential to remain symbolic unless it is underpinned by legal mechanisms to hold councils accountable when there is a violation of the rights of refugees and asylum seekers. Moreover, naming and shaming often does not take us far.

In my own experience, involving months of engagement and discussion with cross-party politicians in order to expedite the process of transforming the City of York Council into a Council of Sanctuary, I discovered numerous gaps in policies and procedures that militated for legally binding modifications in addition to policy adjustments.

For example, I have advocated for direct representation of people with lived experiences of sanctuary-seeking in various council committees, with full authority to contribute towards policy changes. I have also proposed that individuals with sanctuary-seeking backgrounds should have seats on, and a direct say in, councils’ equality duties and funding.

Duty of care to refugees and asylum seekers

The importance of such measures is underscored by the example of Mercy Baguma. Baguma was an asylum seeker from Uganda who was left destitute after her leave to remain expired. Living in ‘extreme poverty’ and relying on charity and friends to buy food, Baguma was found dead next to her crying baby in a flat on the Southside of Glasgow in August 2020.

This kind of situation could be repeated anywhere, and to avoid it we need legally binding frameworks and legislation from the margin.

The need for a legally binding framework

I would like to see the city of sanctuary initiative, as a national organisation, working with local governments to link certified status to a legally binding framework. Some might say this is their theory of change and mode of working, and that I am failing to understand their aims and objectives.

I would argue that this particular aspect would require the city of sanctuary achieving more than they have achieved in York or many other places. This could push different local governments from the current declaration of intent to much more vital places of promoting equality, inclusivity and welcoming.

While the national government is formulating anti-refugee laws and creating a hostile environment for asylum seekers, local government and communities can provide resistance to this by providing alternative refugee-friendly legislation and growing pressure of legislating from the margins.

William Gomes is a human-rights activist and freelance journalist.

William is a British Bangladeshi freelance journalist and human rights activist based in York, North Yorkshire. He has previously worked for an international human rights organisation, a news agency, and published in different online and printed media. He has a particular interest in researching racism and forced migration.