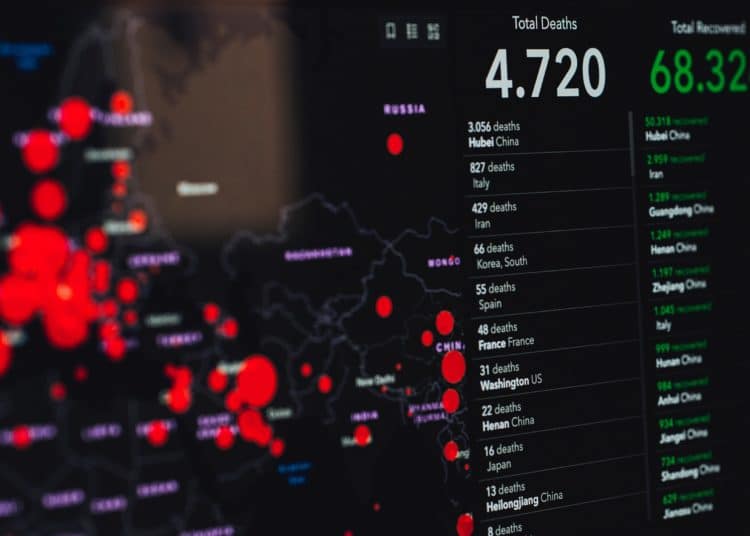 Photo by Markus Spiske from Pexels

The total number of Covid-19 deaths in the UK currently stands at nearly 36,000; it is speculated that the real figure, accounting for Covid-19 deaths in care homes, may be much higher. Nick Stripe, the head of the health and analysis and life events division at the Office for National Statistics (ONS), has said the number of excess deaths recorded in the UK during the Covid-19 outbreak is just under 55,000.

This data only shows the number of deaths of individuals who had tested positive for the virus. Alongside these, an additional 562 deaths in England have been recorded where a positive test result for Covid-19 was not received but Covid-19 is mentioned on the person’s death certificate. Some 61 such deaths have been recorded in the North East and Yorkshire. Figures released by the ONS on Tuesday, highlight that Yorkshire and the Humber had the second highest recorded number of excess deaths in the country, with 404 deaths recorded the week ending 8 May.

While London was the centre of infection at the start of the epidemic, there is growing concern that transmission rates in the capital are now half of those seen in the North East and Yorkshire. A model developed by Public Health England and Cambridge University to track the rate of transmission suggests that the R value in London is 0.4, one of the lowest in the country, compared with 0.8 in the North East and Yorkshire, now the highest.

The release of these figures comes alongside the prime minister’s announcement yesterday that the government has “growing confidence that we will have a test, track and trace operation that will be world-beating and yes, it will be in place by June 1.”

However, the NHS Confederation has warned of “severe” consequences for staff and patients if the right system is not established quickly. Niall Dickson, chief executive of the confederation, which represents health and care leads, gave a cautious welcome to Boris Johnson’s “world beating” operation, pledged at yesterday’s PMQs.

Speaking on BBC Radio 4’s Today programme, Mr Dickson made it clear that contract tracing is the right thing to do in order to prevent a “second surge”. But he warned that the government was acting “quite late in the day” with its test, track and trace strategy.

While it appears that we have come over the ‘peak’ of virus cases there are concerns that recent good weather will not aid the efforts to get Covid-19 under control. Speaking to BBC Radio Norfolk, Chief Constable Simon Bailey said he was concerned there was a risk to local communities from those travelling to the county’s coastal towns. As warm weather continues, beauty spots and seaside resorts across Yorkshire could also see a surge in visitors, and the arrival of these day-trippers will continue to bring concern for local residents.

Speaking ahead of the bank holiday weekend, Dorothy Fairburn, regional director of the Country Land & Business Association, urged the public to be “pragmatic and avoid hot-spot tourist areas” adding “following advice from Defra and Public Health England, we urge the public, when on their daily exercise, to maintain social distancing requirements.”