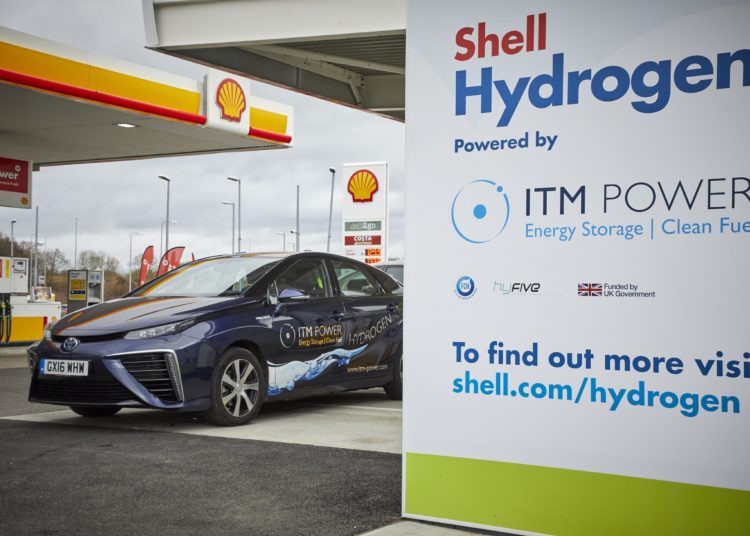 A Sheffield-based energy storage and clean fuel company, ITM Power, is recruiting 80 qualified and experienced engineers. They will join a workforce of around 230 as part of fast-growing demand worldwide for ITM’s green hydrogen production products. The new factory at Bessemer Park is fully operational and is the largest electrolyser factory in the world. Orders started leaving Yorkshire in March 2021.

What is ‘Green hydrogen’ and why is it an important fuel?

Hydrogen electrolysers convert liquid water into hydrogen and oxygen gas. The hydrogen gas (H2) can then be combined with oxygen in air to create electricity, which can be used to power vehicles.

“Hydrogen is a gas, and the most abundant chemical in the universe, making up nearly 75% of baryonic mass. Its properties mean that it is extremely light and contains pure energy, which will burn when 4.75% reacts with air. When this process happens, the hydrogen reacts to turn into water. This makes hydrogen a perfect fuel source, with many possibilities for its use.”

‘Green’ hydrogen is achieved by using renewable energy sources to ‘split’ water into hydrogen and oxygen using wind, solar and nuclear power generated electricity. In other words, emissions-free electricity. This makes green hydrogen a very desirable fuel as we move to a zero carbon economy in 2050 and puts ITM and Yorkshire in an advantageous position as we progress to a zero carbon future.

Green hydrogen may have the potential that enables us to power vehicles in such a way that we can limit the effects of global heating to an acceptable increase.

The problem with fossil fuel vehicles

Up to 95 percent of passenger vehicle emissions are carbon dioxide gases, according to the Environmental Protection Agency. Car emissions and public health are currently the cause of widespread concern in the UK and beyond.

Public Health England in 2018 admitted the seriousness of the air pollution challenge we face, particularly in our cities, in its own report:

“Poor air quality is the largest environmental risk to public health in the UK, as long-term exposure to air pollution can cause chronic conditions such as cardiovascular and respiratory diseases as well as lung cancer, leading to reduced life expectancy.”

The ITM development comes on the back of further concerns about England’s £27bn road building plan and the carbon emissions that will follow such an expansion. Environmental campaigners are seeking a halt to the second roads investment strategy (RIS2), about 4,000 miles of new roads, claiming that the carbon emissions are “100 time greater than government claims”.

Phil Goodwin, emeritus professor of transport policy at University College London, said in a disposition that, “the total emissions of carbon from RIS2 schemes reported by Highways England in its separate scheme appraisals give a number which is roundly 100 times greater than that suggested by DfT witnesses”.

We need to take fossil fuel based vehicles off the road, and according to our public health officials, this cannot come soon enough.

What is a hydrogen powered car?

Modern hydrogen powered cars are electric cars. The difference between an electric battery powered car (lithium ion for example) is that here, electricity is produced by a generator using dihydrogen (H2).

This system, called a ‘fuel cell’, makes use of the chemical reaction between hydrogen and oxygen to produce electricity and send it to the motor. The fuel cell acts as an electrochemical generator. The hydrogen from the reservoir recombines with oxygen from the incoming air, generating electricity that powers the motor.

The chemical reaction emits only water vapour. This lack of harmful emissions makes the hydrogen powered vehicle attractive to public health and could help improve air quality in cities.

Are they better than lithium battery cars?

Hydrogen powered car range and speed of refuelling give them significant advantages over rechargeable electric cars as things currently stand.

Filling a hydrogen car is just as quick as refilling a conventional fossil fuel car. The small number of hydrogen cars currently on the market offer up to three times more range than their electric counterparts, with 350–600 kilometres of range on a full tank, compared with 120–400 kilometres in an equivalent, fully charged electric car.

Already there are comparison websites out there which enable potential customers to make their choices as consumers between hydrogen and electric cars.

Refuelling a hydrogen-powered vehicle will be more familiar to current car owners and this may further contribute to ease of switching to a hydrogen-fuelled vehicle over an electric one.

There’s no doubt that in the UK, our cars, lorries and buses will be carbon free very shortly. Hydrogen cars are current very expensive (Toyota is currently selling a hydrogen fuel cell car for (£65,000, before the government’s £3,500 ultra-low emissions grant). As they become more popular and are massed produced, their price will fall.

The current debate reminds us of the video format debate, just as home videos were developing and on the brink of mass ownership. The lesson we must remember from this piece of technological history was how successful videos became. Every home had one.

If hydrogen cars become anything like as successful, ITM and Yorkshire are in a prime position to capitalise on a technological revolution that is happening in our mist. It’s not all grim up north.