Michael Meredith describes the thought process behind the ‘Ecological Owlthorpe’ project, which starts from the position only by co-operating with nature that we can safely live with nature. 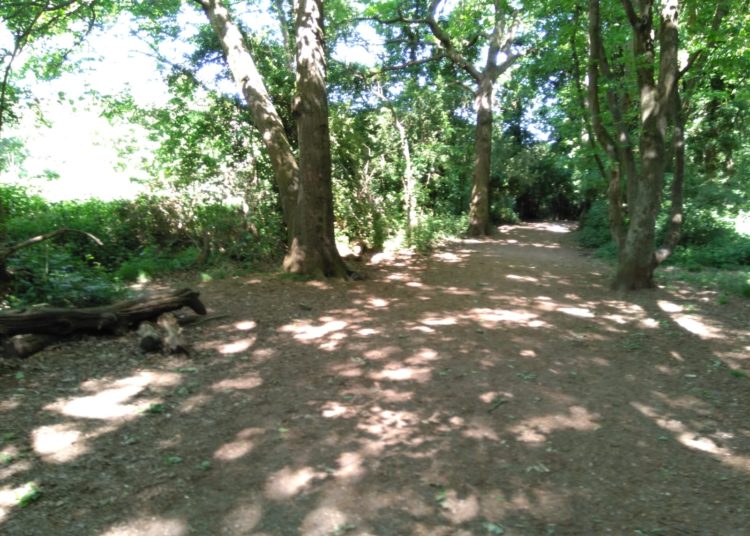 Climate change studies, and indeed the experience of people around the world, suggest that extreme weather events such as heavy rainfall and flooding are increasing in frequency, making the question of how best to mitigate the potentially devastating effects of these on people’s lives an urgent one. Many attempts to provide solutions have taken the approach of fighting against nature but this can end up making matters worse. The ‘Ecological Owlthorpe’ project described here takes its place at a different starting point: that it is only by co-operating with nature that we can safely live with nature.

Birley Woods golf course stands approximately 650ft above sea level. Sixty years ago, before the golf course was created, this was an area of mostly farmland and woodland, where children used to play and catch newts in the headwaters of the Ochre Dyke, a stream then lined by flourishing trees. The stream passes through Birley Moor at an elevated position of around 650 feet above sea level. As a result of heavy rain towards the end of 2019, and the deforestation that had taken place to make way for the golf course and the Owlthorpe housing estates, the otherwise harmless stream was turned into a downward-rushing torrent. This caused downstream rivers to flood, overwhelming Beighton and Fishlake.

On television, we watched the desperate plight of the Fishlake victims as the emergency services worked to evacuate them. And, as we have seen so often in recent years, when survivors are able to return to their homes after a flood, what they are met with is a scene of complete devastation. Many find it hard to claim compensation, and insurance premiums rise relentlessly, as insurance companies are overwhelmed with claims.

Ironically, it was a previously constructed flood defence in Sheffield that contributed to the problem. Sheffield is a city with a history of damage to property and also loss of life caused by flooding, for example in 2007, when the River Don flooded the Don Valley area of the city, and a 14-year-old boy was swept away in the River Sheaf. To prevent further disasters, a concrete barrier was erected which did save the east of Sheffield from the 2019 winter floods, but instead caused floodwater to be channeled downstream towards Fishlake.

In contrast to solutions of this kind, Ecological Owlthorpe promotes the preservation and conservation of upstream environments, an approach which is finding some favour in government circles. In an interview with Sophie Ridge in February 2020, George Eustace explained that the government’s approach to UK flood prevention would consist of an extra £4bn spending on flood defences but also in Yorkshire the creation and support of upstream nature-based solutions. In addition, as reported in a government press release on 23 January 2020, the Environment Agency, the Forestry Commission and Natural England have jointly committed to “nature-based solutions to tackle the climate emergency”, to which Ecological Owlthorpe has the potential to make an excellent contribution.

The ‘rural oasis’, as it has been termed, of Owlthorpe, which sits between Mosborough and Hackenthorpe, includes the award-winning Owlthorpe Heritage and Nature Trail, the Moorhole Lane Trail and other environmental and educational improvements which spread from Moor Valley down to Moss Way. Constructed with the help of some 795 local schoolchildren, the oasis was opened on 16 March 2012 by local MP Clive Betts. This is the area we wish to preserve as an upstream nature-based solution to protect the environment.

The interpretation boards on our website show details of the extent of the work carried out under the management of Natural England under their higher level stewardship scheme, for example the creation of a wild orchard.

Detailed invertebrate surveys carried out show the diversity of species living in Owlthorpe, and the natural ecology of the area. Some of the identified invertebrate species are dependent on the rare vegetation growing on Owlthorpe Fields in Ecological Owlthorpe. These in turn are vital to the continued support of the area’s birds, and thus perpetuate the habitat naturally found in the area. During this past summer, it has been a pleasure to watch swifts darting after insects and buzzards hovering as they hunted for prey. The year 2020 has particularly highlighted the crucial need for green spaces such as this to be protected, for our own health and wellbeing and that of future generations.

A further improvement to Ecological Owlthorpe’s capacity to control downstream flooding would be the planting of more trees. It is very much to be hoped that Sheffield local planning authority (LPA) will tap into the national tree strategy and that this will lead to the planting of trees upstream on all of Sheffield’s rivers.

Worryingly, Sheffield LPA has made further land in the area available to developers, in seeming contradiction to the statement by Secretary of State Robert Jenrick’s Department of Housing, Communities and Local Government that, “Valued green spaces are to be protected for future generations, with more building on brownfield land”.

Mapping of the proposed construction plans onto our interpretation boards shows their potential impact. Plans for 72 homes at Ochre Dyke (described as Plot E) show two road spurs: one pointing towards Moorthorpe Way and the other towards Moor Valley (Plot F). The main problem to building on (Plot F) has been access. If Moorthorpe Way is opened up, this leads to the potential for developing (Plot F) and, as a result, the complete destruction of our oasis. Hundreds of objections have been lodged by local residents and other interested organisations, and the developers have been refused planning permission on a number of occasions. However, they have now taken their appeal to Robert Jenrick. The inquiry is to be held 12 January 2021.

In our campaign to preserve the Owlthorpe oasis, we have been grateful for the involvement of Sheffield University students studying landscape and architecture under the guidance of Dr Nicola Dempsey. Her students took an in-depth look at the proposal to build in Owlthorpe by reviewing the local objections. They also studied the interpretation boards that show the extent of environmental work carried out in 2012 under the guidance of Natural England.

While many came to the conclusion that the oasis should remain intact, as requested, they produced alternative plans to control the environmental impact, in case permission for the proposed development was granted. One suggestion was that the maximum number of properties on plot E should be not be 72, but 36.

As an alternative to this scheme, and if government pronouncements about preference being given to brownfield sites are serious, housing developments could be built on the disused aerodrome at Norton, which is brownfield land by definition and boasts many derelict buildings in need of redevelopment.

A further consideration is the need for new, environmentally friendly technology to be integrated into any plans. These should, for example, ensure that houses have south-facing aspects to capture the benefits of solar technology, with storage batteries capable of taking advantage of new government legislation that says properties with excess electricity can sell back to the national grid. High-speed charging points must be planned for, for electric cars and bicycles, with perhaps a car scrappage deal for residents moving into new housing and even possibly a ban on combustion engines from new housing estates.

As we say on our website, public opinion is a very strong tool. It is by working together that we can change hearts and minds and curb the over-development of vital green spaces, especially when mature and valuable trees are threatened with the axe. Numbers are important: politicians take notice when they feel a sufficient threat to their re-election.

If you agree that spaces such as Ecological Owlthorpe are essential components in maintaining environmental balance, please consider sending an email to Robert Jenrick, and to the secretary of state at DEFRA, George Eustace, asking him to use his powers to call in and review the planned development application. In both cases, they can be reminded of government-stated commitments to protect greenfield sites and to promote the development of upstream nature-based solutions to flooding. You can also contact local MPs (specifically Clive Betts MP) and councillors. Further details of action that can be taken can be found on our website.

We all want to live in an environmentally friendly world free from pollution, floods, disease, famine and war. Politicians from all political parties claim to want the same and have signed up to ecological and climate emergency policies. For the sake of Ecological Owlthorpe and all other such fundamentally important environmental initiatives, let’s see if we can hold them to it.

Michael and his wife have lived in the Owlthorpe area since 1990 and have enjoyed the greenspace and Ochre Dyke. As a child, he lived in Birley Carr, north of Sheffield near Grenoside. He witnessed the bulldozers making way for the concrete jungle, which was eventually demolished because of outdated social housing policies. His working life has included both manufacturing and retail industries, concluding with a career in education, where he placed technical students in the labs at universities and schools.