The pandemic gives us many opportunities to think about what kind of future we want to build out of the ashes of the past. 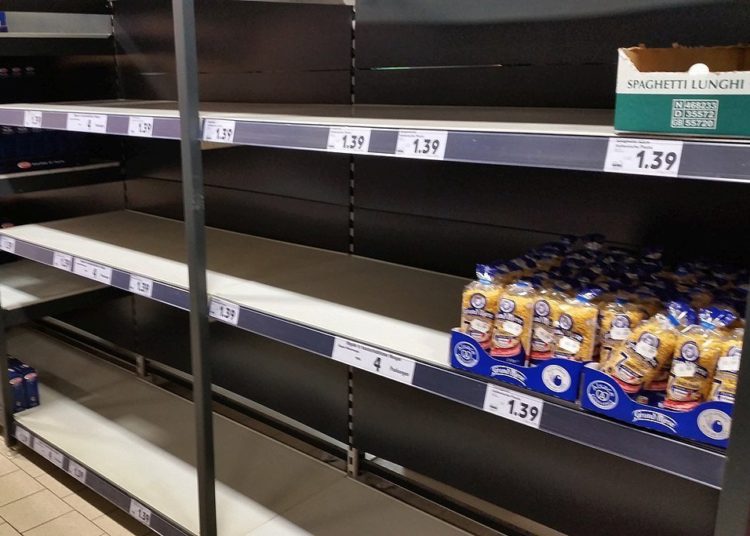 This is the fourth week of the national lockdown. These are unusual times, desperately sad for those who have lost loved ones. However, our circumstances give us many opportunities to think about what kind of future we want to build out of the ashes of the past.

As I write on the morning of 1 April, the BBC Radio news carries an item that estimates the economic casualties at about 20 per cent of small and medium sized businesses nationally due to COVID-19. Small independent companies are complaining that they cannot access the funds they thought were on offer from the government to tide them over this precarious period. It is a stressful time for us all. This past fortnight has given the lie to the Conservative mantra that there is “no magic money tree”. There is. And there is such a thing as society and it is up to us how we shape it for our children and grandchildren.

In the past fortnight, we have undergone a radical economic restructuring that is exciting in its ambition and its scope. Given the Yorkshire Chancellor Rishi Sunak’s de facto introduction of a universal basic income (only don’t call it that whatever you do), we should build on this as a right for all citizens.

This income should be set at a level that pays people a proper income to remove their reliance on foodbanks, the safety net of last resort for increasing numbers of our citizens. A universal basic income has been trialed in Finland and has shown positive effects on the health and stress levels of participants . Good outcomes such as these would be welcome in many Yorkshire communities (and beyond). We have to grasp the revolutionary nature of the times we are living through and replicate good practice wherever it comes from. We must leave our ideological baggage at the door as we enter the bunker. Copying good practice is the only way forward to get through this crisis.

Foodbanks are a shame on our communities both for the people who are users and the people who donate. How did we arrive at a situation where the sixth biggest economy in the world relies on charity to feed not just the unemployed but working people whose incomes are so low they cannot afford to feed their children nor pay the rent? To get a handle on the situation in Yorkshire, in Hunslet (Leeds), it is estimated that 43% of the local children are living in poverty. In South and East Leeds the local foodbank has ten distribution centres – that’s more foodbanks than there are branches of Co-ops!

According to Yorkshire Coast Radio News, the Trussell Trust says its network saw a 17 per cent rise in the people having to use foodbanks in the year 2017–18. York foodbank handed out 3,379 three-day emergency food supplies to people in crisis, and 1 in 5 people there live below the poverty line. Harrogate foodbank handed out 21,893 kg of emergency food, fed 631 children in the last financial year and needs £950 per month to keep running. COVID-19, and the next few years, will put an increasing strain on the poorest families in our communities.

We have seen some truly great things come along on the back of the crisis that is COVID-19. People’s willingness to support the NHS and their neighbours is heart-warming and hopefully may lead to long-lasting networks in our communities. There is now a dawning realisation that caring is a vital, essential part of our economy and should be better paid than minimum wage.

We now know that organised trade unions can secure better working and living conditions for citizens in the workplace – a concept that the Conservative Party had tried to consign to the history books. More of us also now realise that we live in an interconnected community of nations that simply cannot go it alone – making a mockery of the ‘make America great again’ and ‘get Brexit done’ slogans. We depend on each other and the only way forward is to recognise this basic fact.

We listen daily to Michael Gove MP, deputising for the PM, dependent on the scientific input of the Chief Medical Officer – Gove being the very same man who once claimed we “had had enough of experts”! Now we cannot get enough of experts: the engineers building new respirators; the technicians testing NHS staff; the nurses and doctors treating Covid patients; care staff to assist in the patient recovery …

Times have changed. We have to acknowledge that and gather round to build the phoenix that will rise in Yorkshire.