In December 2020, the government offered over £16m in grants, as part of their Cultural Recovery Fund, to more than 200 independent cinemas across England. Of the 200 cinemas in the country, 22 were awarded grants in Yorkshire and the Humber. 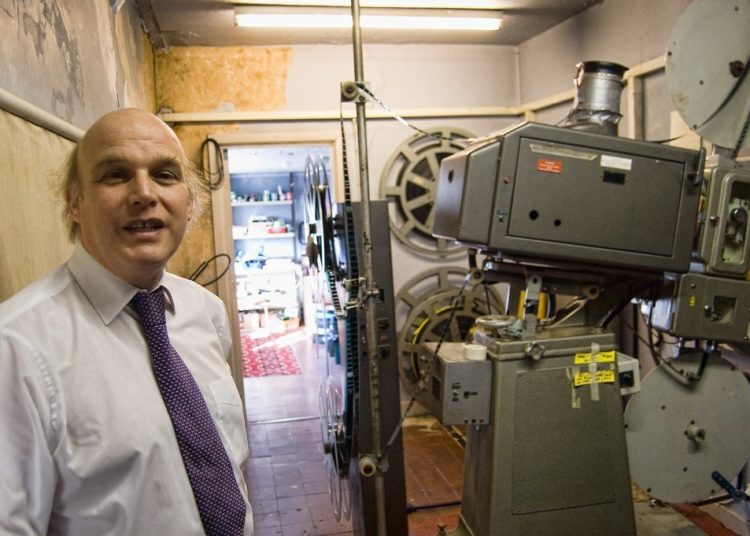 Image by tj.blackwell for Creative Commons

The Covid-19 pandemic has sent the film industry into decline. With fewer films being made for big screen release, will the independent cinemas we know and love financially recover from the pandemic?

In December 2020, the government offered over £16m in grants, as part of their Cultural Recovery Fund, to more than 200 independent cinemas across England. Of the 200 cinemas in the country, 22 were awarded grants in Yorkshire and the Humber. Eligible cinemas could apply for safety grants helping them secure the urgent costs of implementing covid-secure measures to protect staff and audiences, as well as larger business sustainability grants that helped stabilise the cinemas financially.

Round two of the Cultural Recovery Fund administered by the British Film Institute (BFI) was released earlier this month, with a further £14m available until 1 February. This is intended to support cinemas from 1 April until 30 June 2021, until they can viably and safely re-open to the public. I spoke to two cinema owners based in Yorkshire about the stability of their independent cinemas and how these grants will affect them and their community.

“During the first lockdown we were expecting it to be all sorted out by July. We could see that come July, we could easily cope financially with our reserves, because the staff were on furlough. We got on with doing what we could.”

The North Yorkshire cinema received £148,720 in their first grant from the government and is planning to apply for the additional grant to further their financial aid.

“The first grant has been utterly amazing. We went from being worried to a great extent to a real sigh of relief. BFI are operating the system, but they have in place the assistance we need to get through the process, and they couldn’t be better. This will get us through to June.”

Charles Morris is the managing director of Northern Morris Associated Cinemas and owner of Keighley Picture House, the Rex Elland, Cottage Road Cinema in Leeds and the Plaza Skipton. With each of these cinemas combined, Morris received £257,800 from the BFI government fund to support his businesses. Mr Morris said:

“We haven’t got the payment through yet, but the fund will allow us to pay our various bills, like rent and insurance. The staff has been furloughed and at the end of the last furlough which ended in October, I was paying a contribution myself through September and October so the fund has replenished that.”

The grants form part of the government’s £1.57bn Cultural Recovery Fund, £30m of which has been specifically dedicated to supporting independent cinemas, who otherwise would be less likely to be able to re-open post-lockdown.

“I find it so frustrating that the government can never do enough. They can never get everybody covered but in terms of what we’ve got, I’m absolutely knocked out. I could retire but the cinema is my dream. It makes me quite emotional actually because without the assistance we have received, we wouldn’t be here.”

“Cinemas provide an entertainment service, we provide culture, we put on films that people might otherwise not be able to see. I think we contribute to the culture of the county in general.”

Going to the cinema is a large part of many people’s normality, with 78 percent of adults in the UK visiting the cinema at least once a year. In Malton, Mr Powell and his cinema are the backbone of their community:

“The money will help to continue the operation of a culture facility in the centre of Malton. We are really the only full-time entertainment venue in Malton and the money will help to maintain us like that. All of the restaurants and cafes know when we’ve got a big film on because they’re full before or after a show, so we know that we do bring people to the town – it’s something like 59,000 a year and I’m really proud of that.”

The two cinema owners stress how important it is for the cooperation between film studios and distributors. The lack of films being created, as well as the increase in popularity of streaming services during the pandemic, will make it difficult for independent cinemas to survive.

“I think the government has done its bit with the grants that have been given but the real problem is out of their hands as well as ours. At the moment, I think it’s dark days for the multi-screen cinemas. There aren’t going to be enough films anymore. When the lockdown ends, it’s going to be a slow process. The availability of films that people want to see and people’s willingness to whether they’re prepared to come out and how safe they’re going to feel coming out is the main struggle we face.”

In a more hopeful light, Mr Powell believes that the latest James Bond film, No Time to Die, will relaunch the cinema industry in the UK after its rescheduled release date.

There is no way of telling whether independent cinemas will see light at the end of the covid tunnel. However, the direct funding from the government to support these businesses offers a lot of optimism for the future. It becomes proof that they are determined to keep entertainment and creative industries from fading into the background.

Monolingualism: the thorn in post-Brexit Britain’s side

Emily is currently studying a master’s in journalism at Leeds Beckett University. She graduated from York St John University in 2020 with a degree in Media and English Literature. Emily particularly enjoys writing about arts and culture, student life and film and TV. In her spare time, you’ll find her at the local theatre or ticking off English Heritage sites she hasn’t visited yet.