Rozina Breen, head of North for BBC England, outlines the BBC's commitment to Yorkshire and the North, with exciting opportunities coming up 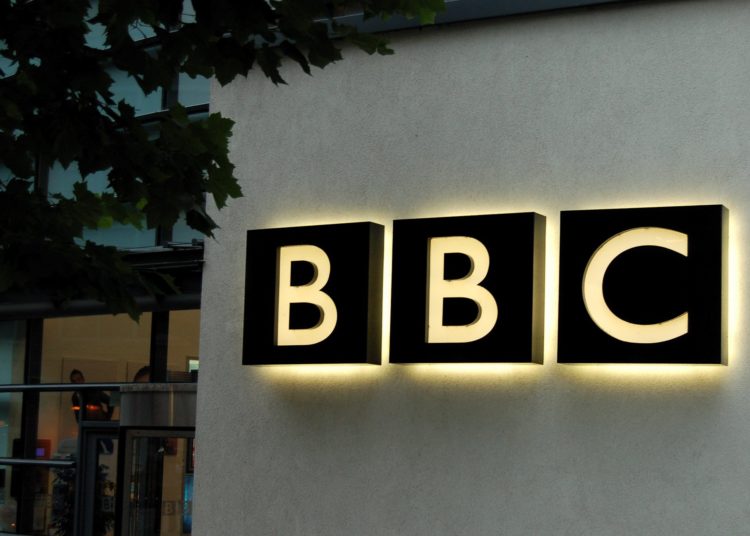 "BBC" by Tim Loudon is licensed under CC BY-ND 2.0

As someone who has lived and worked in Yorkshire for the past two decades, the county is very close to my heart. It’s diversity of population and geography is as enlivening as it is rich, with a plethora of voices to hear and stories to tell which I am proud to see the BBC tapping into across its platforms and networks.

Around nine in ten adults across the UK use the BBC every week and we need to ensure every household feels reflected in the content we make.

BBC commitment to Yorkshire and the North

Yorkshire is a fantastic patch for storytellers and expanding the lens through which we tell those stories has never been more vital.

The North, and more specifically Yorkshire, is a globally recognised hub for TV and film production and the BBC has played a proud part in that, from Gentleman Jack to The Syndicate and Dracula.

The new BBC Two series commissioned by BBC England called Yorkshire Firefighters is the latest example of the BBC’s commitment to producing more content from across the UK.

This four-part series takes us onto the frontline with those keeping their communities safe during the pandemic. This unique access gained by Wise Owl Films – the Leeds-based factual label of Lime Pictures – is a rare chance to go behind the scenes of a profession we don’t normally get the chance to see.

Filmed using the latest technology including special helmet-mounted ‘firecams’, viewers are brought closer than ever to real-life emergencies, seeing life through the lens of those whose jobs it is to save lives. The first episode aired 29 July and the series is then running weekly every Thursday after that for three more weeks. If you missed it, you can catch up via the BBC iPlayer.

Celebrating the distinctive character of Yorkshire

What this and other programmes filmed here share in common is a celebration of place and people, a distinctive character of Yorkshire, a mix of rural and urban and a snapshot of the texture of life in the North.

Programmes such as these not only help us to push on portrayal and better reflect audiences across the UK, but they also bring economic value – bringing more jobs to the region, as well as helping build a skills base and also tapping into the fantastic talent in the North of England.

It’s rewarding to see partnerships working in practice and growth in the indie sector as we continue to develop relationships with a plethora of independent production companies, making programmes for BBC One, Two, Three and Four. These include A House through Time; BBC England’s ‘Northern Voices’ commissions with BBC Three such as Bricking It and No More: Bad Girl; with BBC Two, The Hairy Bikers Go North; and with BBC One, Better– a thrilling redemption story set in Leeds, from the writers of Humans (Sam Vincent and Jonathan Brackley).

Other commissions with links to Yorkshire include The Gallows Pole, a new Shane Meadows drama; series two of Gentleman Jack; Ed Balls: Care In Crisis, a revealing and thought-provoking two-part series for BBC Two; Villages by the Sea, which will showcase a series of coastal villages including Staithes in Yorkshire; and Dirty Rotten Scammers which will be produced in Leeds.

BBC across the UK

The ‘BBC across the UK’ plan announced earlier this year, demonstrates that the BBC is committed to investing in England and the other nations as a long-term project with a legacy.

Over the next six years, the BBC will increase activity across the North to further cement a commitment to reflect, represent and serve all parts of the country, and deliver great value for all audiences.

Currently, half the BBC is based outside of London, with departments including Sport, 5 Live and Children’s having re-located to MediaCityUK in Salford in 2011. MediaCityUK will also become the main base for digital and technology teams, while more than 50 percent of BBC Radio 3 and BBC Radio 6 Music’s broadcast hours will come from Salford. BBC One daytime show Morning Live will broadcast from there all year-round.

BBC Radio 1 also confirmed earlier this year that it will be moving its new weekend show to MediaCityUK, its first to be hosted outside of London. And BBC One and BBC Studios have just announced that Salford will be the new home for the BBC Children in Need and Comic Relief nights of TV.

The exciting proposals set out in the ‘BBC across the UK’ plan will give even more prominence to stories from communities across the North, as part of the biggest creative and journalistic reshaping of the BBC in its history.

Yorkshire will benefit even further as the BBC finalises plans to invest an extra £700m cumulatively outside London, while seeking to better reflect and portray communities across the country.

Two BBC News teams are set to move to Leeds. The Learning and Identity team will relocate to Leeds and some of the new UK Insight team will move to the city, tasked with uncovering stories that reflect communities across the UK.

BBC Yorkshire also recently announced that Mahnoor Akhlaq, a third-year journalism student from Bradford who’s studying at the University of Leeds, was the 2021 winner of the Len Tingle memorial placement, a paid opportunity for eight weeks based at BBC Yorkshire in Leeds.

Partnerships not only offer us an opportunity for greater creative impact but also diversity of thinking. It’s enlivening to be working alongside Screen Yorkshire, Yorkshire Post and Leeds 2023 as well as many other creative organisations that add depth and value to our storytelling.

Yorkshire is on the map for some of the world’s best production companies and I am looking forward to seeing what the county will undoubtedly achieve over the next two decades.

Rozina is based in Leeds and is head of North for BBC England. She was head of news at BBC Radio 5 Live. Rozina spent more than a decade as a journalist with BBC Current Affairs Radio and, before joining 5 Live, was a digital editor for the BBC World Service. She was managing editor of BBC Radio Leeds for six years. Rozina has chaired the assessments for BBC News’ journalism trainee scheme, and was North sponsor for Hilda Matheson, a programme designed to support women in STEM.