The future direction of Yorkshire cricket will play no small part in influencing how the world sees the values of the club and the county. 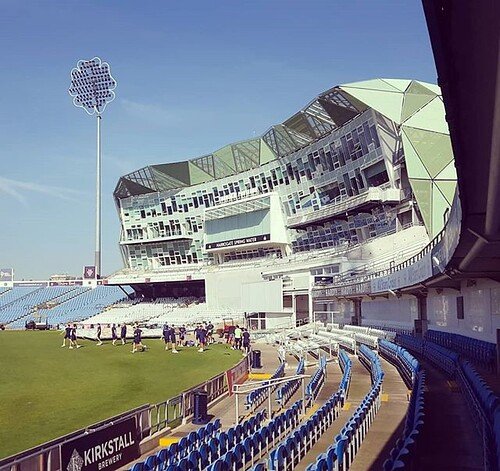 Yorkshire cricket at Headingley by Simon220771 is licensed under CC BY 2.0

The first time I went to a cricket match at Headingley, in the summer of 1970, English cricket was emerging from a controversy about racism every bit as damaging as that which would engulf the sport over 50 years later. The occasion was a test match between England and a Rest of the World (RoW) team.

The RoW squad, captained by Gary Sobers, was hastily put together to replace the South African side which the English cricketing authorities had invited to tour the land despite the fact that all non-white players had been excluded. Eighteen months earlier, the South Africans had made clear that all-rounder Basil D’Oliveira, who was of mixed-race heritage and who had left to escape Apartheid, would not be welcome back as a member of the English team representing his newly adopted country.

Just as last year it needed the attention of a parliamentary select committee to persuade the England and Wales Cricket Board (ECB) to act on the Azeem Rafiq case, back in 1970 it took the intervention of Home Secretary James Callaghan before a reluctant Cricket Council pulled the plug on the South Africans. Sometimes politicians, for all their faults, have a place in keeping sport honest.

Since 1970, I have spent many of the happiest days of my life watching cricket at Headingley. Just occasionally down the years there were warnings that Yorkshire had a real problem with racism, notably from the current prime minister of Pakistan Imran Khan in 1999, and from former Bradford MP Terry Rooney in 2004. When Rafiq himself was briefly made captain of the Yorkshire T20 team in 2012, I remember being proud that my county appeared to be dealing with the problems of the past, but how mistaken I was.

Yorkshire had around 8,000 members in the years prior to the pandemic, many of whom donated their subscriptions when no cricket was being played in front of spectators. They clearly do not reflect the diversity of the county, but I think the vast bulk were shocked when they heard Rafiq’s testimony to our parliament.

At its most basic they want Yorkshire to win trophies and expect all ambitious youngsters who come through the doors to be treated with respect, regardless of whether they go to a church, a mosque, a temple or a synagogue (or none of the above) on a weekend and whatever type of school they go to on a Monday.

It is a matter of common sense that talent throughout the county should be sought out and cherished. Yorkshireman and now executive editor of the British Medical Journal Kamran Abassi documented in painful detail in the recent Radio 4 documentary ‘Yorkshire’s Cricket Test’ the racism that has held back several generations of British Asian cricketers from breaking through in the county game.

He noted that according to an ECB report, 30 percent of recreational cricket players across England and Wales have South Asian backgrounds, yet just 4 percent of professional cricketers are British Asian. Educational background and social class should also be no barrier to opening the batting or bowling for Yorkshire. In this regard, it is concerning that whereas in 2001 around 17 percent of Yorkshire’s squad were educated in private schools this figure had increased to around 50 percent by 2021. 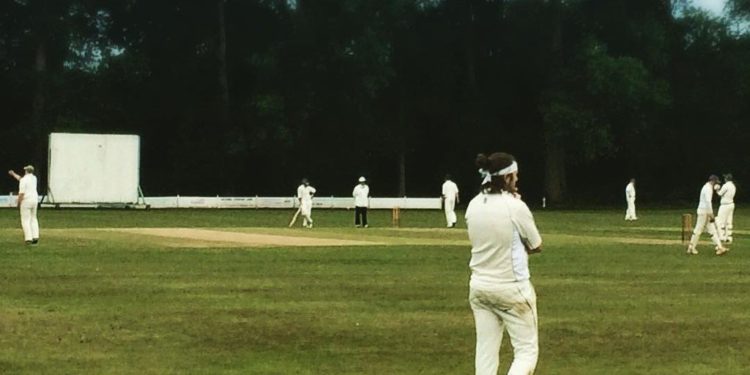 So what is the immediate future for Yorkshire cricket in 2022? The new chair of the club Lord Patel has made an impressive start, clearing the decks and charting a new course for the future. There are a number of key dates, long before the first ball of the season is bowled in April, which will hopefully illustrate that there is the prospect of real change.

As early as 16 January, Yorkshire will be playing in Lahore against Pakistan Super League Franchise Lahore Qalandars. A press release expressed the hope that a new partnership between the two teams represents a chance to learn from and emulate ‘the Qalandars’ Players Development Programme (PDP) which provides opportunities for 150 young players. Pakistan fast-bowler Haris Rauf came through the PDP and will join Yorkshire for some of next season as an overseas player.

Then on 22 January, Lord Patel and the new director of cricket Darren Gough will have their first forum with the membership in the Long Room at Headingley. Meanwhile, it is rumoured as early as next week the culture media and sport select committee may publish further material.  The deadline for applications for six new non-executive directors of the club is 1 February and those who are appointed will be subject to confirmation at the AGM on 26 March. A new coach and support staff will also be introduced. Furthermore on 2 February at an extraordinary general meeting, Lord Patel will propose that henceforth two members will be elected directly on to the board.

The publication of the fixtures for the coming season is imminent once the current Ashes series is completed and at that point the membership will learn if their team will continue in the first division of the county championship or be demoted. Moreover, it should also become clear ‘by the early spring’ whether Yorkshire’s new leadership have done enough in signalling a different approach to persuade the ECB to restore international fixtures to the county in 2022. If not, it is possible the club will need financial support from the governing body to keep trading.

In addition to all of this, there are two reviews of governance underway that should report in the close season, led for the club by the Good Governance Institute and by the ECB.

One of the issues here, which was highlighted in the select committee hearings, is the role of former chair of both Yorkshire and then the ECB, Colin Graves. The club is reported to owe between £15 and £20 million to three trusts established for the benefit of Graves’s family members, reflecting funds provided to the club to redevelop the stadium.

Yorkshire’s annual report for 2019 noted that the loans split across these trusts were renegotiated in 2019 and have had their terms extended through to 2024. They carry with them first charge against the cricket ground itself. Yorkshire’s rulebook gives the trusts a power of veto over both board appointments and rule changes. The extent of Graves’s continuing influence over the club is disputed but he was active in briefing local journalists during the recent crisis.

Lord Patel and the new board would be strengthened by any changes in governance, which made clear that there would be no back seat drivers in the future. The progressive cause would also be helped by new members who are committed to supporting change and to the related goal of winning trophies joining up.

After all, the future direction of Yorkshire cricket will play no small part in influencing how the world sees not just the values of the club, but also of the county as a whole. There is just a chance that Yorkshire could become a beacon for equal opportunities for all and provide a template for the English game as a whole.