Alex Toal digs into the weeds of the York pay-outs story. With allegations of misconduct against the council over the administration of pay-outs, how serious are the allegations and how has the council acted? 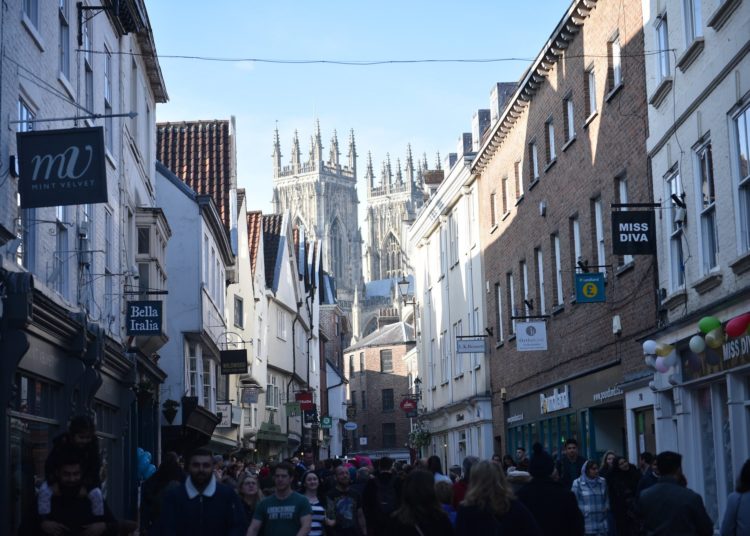 “York, UK” by Francisco Antunes is licensed under CC BY 2.0

As people went to the polls in the local elections, one of the few places to see almost no electoral action was the city of York. With no council elections till 2023, the only poll was North Yorkshire’s police, fire, and crime commissioner, a safe Conservative win.

However, that didn’t stop the city from being at the centre of political unrest. Last Tuesday, an ultimately unsuccessful motion of no confidence was tabled against York City Council’s leader, the Liberal Democrats’ Keith Aspden.

Why was this vote held? The city’s Labour group tabled the motion after a public interest report (PIR) was released, regarding the council’s decision to sign off a pay-out to former chief executive Mary Weastall.

Weastall had commissioned an investigation into Aspden in 2017, which concluded that the council leader had used his position to improperly obtain an advantage for a job applicant. After the May 2019 local elections, Weastall took an extended leave of absence, and lodged an employment tribunal claim in December of bullying and harassment, particularly by Cllr Aspden. In particular, Weastall claimed that that she had suffered detriment as a result of having made protected disclosures during the 2017 investigation.

In February 2020, York’s staff matters and urgency committee, chaired by Aspden, signed off a retirement package to Weastall. Most of the £400,000 package consisted of pension pay and payment in lieu of notice, which were required by statute. However, the council paid £90,663 more than was required by statute, £65,779 of which was an ex gratia payment.

What did the report say about the pay-outs?

I spoke with Cllr Katie Lomas (Labour) and Cllr Nigel Ayre (Liberal Democrats) about the report and the vote itself.

Between the two, there were various points of agreement. Both concurred that the PIR was an unusual step to take given the amount of money spent. This is only the fifth one commissioned nationally. Previous reports have gone into multi-million pound errors such as the bankruptcy of Northamptonshire County Council.

It seems that the York report was commissioned less because of the amount involved, but because of the potential risk it posed for a future, more expensive, mistake.

Both also agreed that the process could be improved in future, and that it was important to admit the mistake. Indeed, Cllr. Ayre mentioned that the Liberal Democrat group had considered tabling a confidence motion, to allow a thorough debate on Aspden’s position.

The differences of opinion rest on matters that are relatively technical.

The first is around the issue of Aspden’s interests. At the meeting on Tuesday, Cllr. Lomas argued that Aspden had had a pecuniary interest at the February 2020 meeting. Had the employment tribunal gone ahead, Aspden might potentially have had to give up his position as council leader and lose his special allowance for the role.

However, the issue is greyer than it appears. If interest has to be declared whenever a councillor risks losing their allowance, Ayre argued, then this logic could be extended to any vote a councillor took. After all, their jobs are dependent on how these votes are seen by the public and, as residents of York, they will always be somewhat affected by their actions.

Cllr. Lomas, however, rejects this explanation:

“Everybody knows that we as councillors live in the city; that is publicly known and understood. But Councillor Aspden’s interest wasn’t publicly known and understood. I think that the Code of Conduct does make a distinction between voting in the interest of residents in the area, and voting in your own interests … It’s then a very different prospect going along to a meeting and concealing that interest, and perhaps dressing it up as something else.”

Cllr. Ayre notes that the council’s monitoring officer informed Aspden that there was no conflict of pecuniary interest, since he would not be liable for any payments made as a result of the trial:

“In hindsight, I suspect Cllr. Aspden wouldn’t have chaired that meeting, given what he knows now. In all honesty, I’m not sure it would have made much difference either way. I think there were as many allegations to be made from a political angle for not chairing the meeting, as they were for chairing the meeting.”

The other main difference is in the importance of the ex gratia payment. Ayre notes that the council had pledged to remove at least one of the chief executive or director roles from the council. To do this would have required a six-month consultation process from the February 2020 meeting, and may have resulted in more being paid to Weastall than actually was in the settlement. Factoring the costs of the tribunal, he argues, the saving to taxpayers has been considerable.

However, Cllr. Lomas thinks that this emphasis is misleading: “This was not redundancy to make savings year on year to staffing budgets. This was a situation where an individual felt they could no longer continue in their employment.”

She also criticised the Liberal Democrat councillors for bringing up this long-term saving, which she claimed obfuscated the real issue at hand, the ex gratia payment.

Criticism was applied to Labour too. Cllr. Ayre accused the group of conducting a witchhunt against the council for party political reasons:

“When you look at the report on issues of slight technical errors in process, that’s what we’re talking about. What they’ve actually done is to latch on to one or two comments within a report, none of which are actual factual comments, there are value judgments.

“In fact, when you look back at the meeting, despite the fact that this was supposed to be about process improvement – and everyone claims to be focused on that – they actually shut down the debate on the action plan and on what improvements we should make to move on to a more politicised motion.”

This was denied by Cllr. Lomas:

“I would accept if somebody made a mistake, because mistakes happen, we’re all human. And if you make a mistake, and then you say ‘I made a mistake, and I did this wrong, I need to learn from that I need to do something to put it right’. Again, we might be in a very different position. But I don’t think it is tenable for the leader of the council to be found to be avoiding declaration of interest in such significant decision making, and go on to carry on making all of those decisions.”

Moving forward, the Liberal Democrats have committed to a full reform of the council’s constitution (an electoral commitment from 2019). Although some steps have been taken to meet the recommendations of the report, both Ayre and Lomas agree that more needs to be done. As Cllr. Ayre noted:

“I think it is challenging because you have four weeks from receiving the public interest report to actually holding a public meeting and approving an action plan. And papers have to go out ten days before. If there are things that that is felt aren’t being picked up through the action plan, then absolutely, audit governance committee can step in and look at putting different measures in.”

Lomas pointed out that Labour was unable to submit amendments to the action plan submitted by the council, and said that the plan of action itself was little more than an admission to look into the recommendations.

Coming away from both of the interviews, it became clear that the issue was not as sensational as much of the local press had reported. It is certainly true that the PIR was a serious move, that misconduct had been undertaken in the administration of the pay-out, and that its conclusions needed urgent action.

However, with Aspden still in his post, there is limited potential for the issue to have significant political consequences in the short-term. We have seen, however, how these issues can become deciding factors in local elections, as happened in Sheffield this year. If this stays a relevant story when the council is elected in 2023, then it may well have long-term repercussions.