There are many stories of sightings of strange creatures in different parts of Britain. This is the tale of the Skipwith Bear. 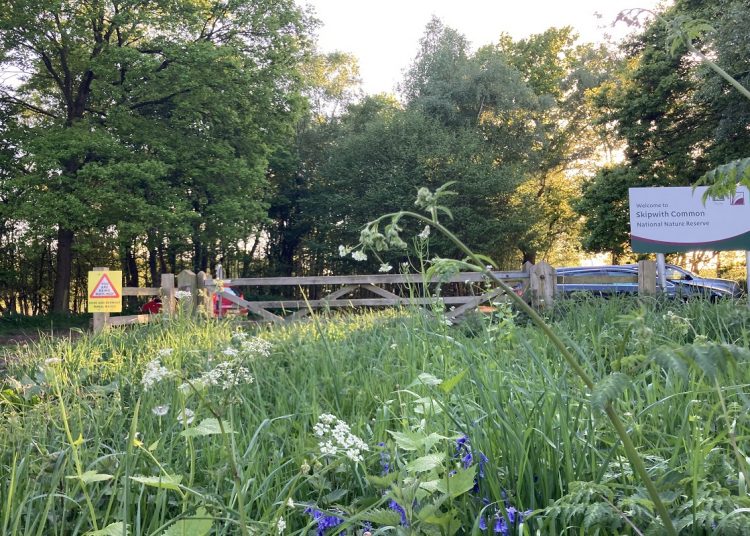 In the 1970s, Yorkshire was, briefly, a cryptozoologist’s dream, with several accounts of lions and bears roaming the Yorkshire countryside. This is the story of the Skipwith Bear, a fabled beast supposedly seen in woodland by a number of people around 1974/75.

Mysterious creature in the woods

Skipwith Common is a 660-acre lowland heath, one of the last remaining areas of ancient woodland and marshes in the UK. Most of the Common is covered with silver birches, giving it an otherworldly quality. The woods are also eerily scarred with the overgrown remains of wartime air strips and air raid shelters, from a brief period during World War II, when Skipwith Common was home to an RAF base. It is also home to the Dane Hills, the remains of mysterious Iron Age tumuli, little more than molehills amongst old, twisted hawthorns, now.

In 1975, Fortean Times, a magazine that reports on strange phenomena and experiences, picked up on a story credited to one J. Scaife that appeared in the Yorkshire Evening Press between 13 and 17 February that year. As reported by the magazine:

“The woods on Skipwith Common near Riccall, Yorks, have been the haunt of a creature which has startled many people in the first weeks of Feb this year. The latest sightings suggest it to be a bear…”

On 12 February, milkman David Bowlby, who did a 35-mile milk-round daily, had stopped his car by the Common on the Skipwith-Thorganby road, to write up his sales book. Still in his vehicle, Bowlby spotted a strange animal in woodland about 45m from the road. Leaving his car to get a closer look, he managed to get within less than 20m of it before it ran into the trees. Bowlby said:

“‘I’m sure it was a bear, not fully grown. It was brown with black foot-pads; standing by a tree. It was about as big as an Alsatian dog on all fours; on its hind legs it was about as tall as a 10-year-old child’.”

A few minutes on, Bowlby spotted the creature again.

“I couldn’t understand it. The dog was barking for a full hour. He wouldn’t normally bark like that if it was a rabbit. He’s never done that before.”

Bowlby had heard there had been at least five previous sightings, and he’d heard tell of a bear supposedly escaping from a travelling circus at Malton, but he’d given the stories no credence till he saw the creature with his own eyes. 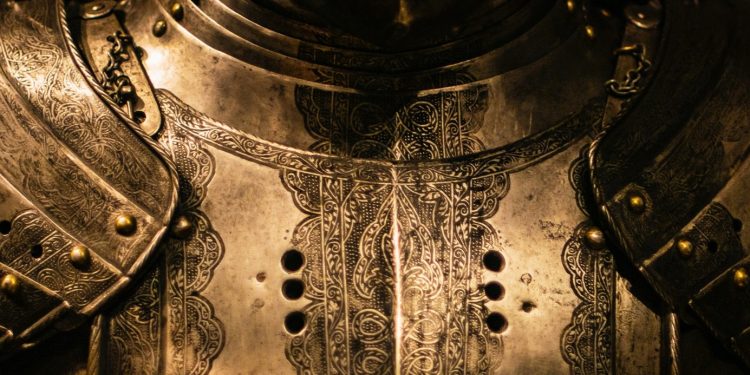 The Fortean Times pointed out that Malton is over 22 miles away from the woods and any route to Skipwith, “would involve crossing a great many roads, some of them busy major ones … and the police state that they had received no reports of any missing bears (and it’s fair to assume the circus would have eventually reported such an escape since a bear would be a part of their sources of revenue)”.

Subsequently, police made enquiries and found there were no missing bears. Three police officers made a search of the common on St Valentine’s Day 1975 but could find no sign of the animal or its tracks.

A spokesperson for what was then named ‘Flamingo Park Zoo’, near Pickering, came up with the out-of-left-field idea that the Skipwith Bear might in fact be a racoon!

As the Fortean Times told its readers:

“In the next edition of the local paper we learn the reason for the Zoo’s odd statement – they reveal that one of their racoons had gone…er…’missing’. However, Inspector Wilf Scott, of Selby police, said ‘The difference between a bear and a racoon is quite considerable… I’m keeping an open mind about this. There is obviously something running about. It may be a bear and it may be a raccoon.’ Referring to the original suggestion of bear, he said ‘He’s no idiot and if he’s talking about an animal 5 foot 10 in high, I’m not looking for a racoon’.”

By the end of this year, there would be a different, more tangible  kind of monster,  hiding in dark places here in Yorkshire – Peter Sutcliffe – and the Skipwith Bear slipped back into the shadows of the cracked runways, under the silver birches, never to be seen again.