In 2010, the reckoning was that if Labour held key seats like Keighley, a classic bellwether constituency, they could win the general election. 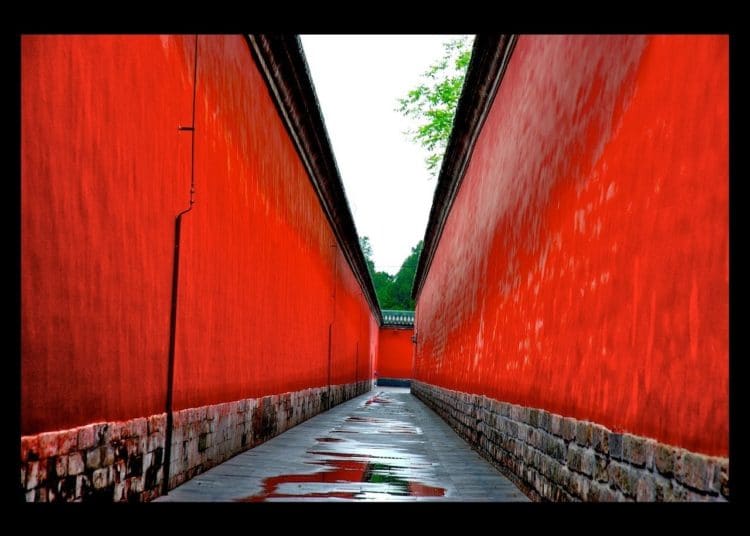 Red Walls by Twinkling Jade is licensed under CC BY-NC-ND 2.0

Last week I visited Keighley – my first foray into the non-Sheffield outside world since lockdown restrictions were lifted. The last time I visited was on the eve of polling day in the 2019 general election to help the sitting Labour MP John Grogan. Professional to a tee, John was maintaining an air of quiet optimism knowing that to display any doubts would infect the spirit of his hundreds of volunteers. But I knew different, because I had been in exactly this position in the general election of 2010 when I was the Labour candidate for Keighley.

In 2010, the reckoning was that if Labour held key seats like Keighley, a classic bellwether constituency, they could win the general election. The MPs’ expenses scandals was the thing most raised on the doorstep followed by a general apathy. Everyone hated MPs and to be quite honest, by the time I’d finished my 14 months of campaigning in Keighley, I could see that the public may have had a point.

Come 2019, and calling a snap election in December was an audacious, even reckless move by Prime Minister Johnson. But the nearer we got to polling day the more it became apparent it was a cynically wise political decision. Why limp on with no majority like John Major? And why risk a general election in 2022 knowing that with a possible no-deal Brexit the economy could still be in free fall? Better to string out asking the people for a second term until as late as possible.

And of course Johnson must have had sight of polling that told him he could pull this off – and that polling must have told him that it was possible to break the “red wall” in the North and Midlands (which is why Scotland was largely left alone). The Pennine rump of seats that included those in West Yorkshire suddenly got interesting, if not critical, to the Conservatives.

It was evident what Labour seats were vulnerable fairly early in the general election campaign. Canvass returns were all over the place and however many activists you threw at a marginal seat that was not shifting. In West Yorkshire, the critical seats were those bellwether seats of Keighley, Dewsbury and Colne Valley – but for the first time since before the second world war Wakefield was seen as being on a knife edge. This was despite the scandal surrounding the Conservative candidate Anthony Calvert who had to withdraw on 10 November and be replaced at the last minute by a relatively unknown candidate, Imran Ahmad Khan.

As it was, the Conservatives won Wakefield with a majority of 3,358, the first time a Conservative had won since 1933. Dewsbury, Keighley and Colne Valley followed suit whilst the at-risk seats of Batley and Spen, Bradford South, Halifax, Hemsworth and Normanton, Pontefract and Castleford were all held by Labour but with significant reduced majorities.

Labour has been left to lick its wounds whilst the Tories, on a (now) 79-seat majority have free rein to do what they want. Recriminations within the main opposition party are still reverberating. Pundits were quick to explain why Labour took a beating – the Guardian was confident to suggest the five reasons the day after the general election. Labour Together, a network of activists from across the ideological spectrum of the party, undertook a longer, more reflective and no-holds-barred review.

As reported in the Yorkshire Post, one of the commissioners of the report, Ed Miliband (whose own majority was cut from 14,024 to 2,370) said the issues of Brexit and the party’s leadership “conceal much deeper forces” and that “In 2019, the so-called red wall crumbled; but the bricks had been gradually loosening over a long period through a combination of industrial change and alienation from the Westminster party”.

Some of the reason is undeniably Labour’s failure to understand the sociological changes underway at the heart of the Labour movement, which has never really found anything to replace the traditional vehicles for organisation and mobilisation in the so-called working class seats (working men’s clubs, mass trade union membership …). These days, people gain their political knowledge through social media, the pub, the hairdresser, occasionally the TV and newspapers – or quite often gain no political knowledge at all and claim indifference. The Conservatives understood this better than Labour in 2019.

Which brings us to the new normal. Conservatives now hold 48 per cent of the seats in Yorkshire and the Humber (43 per cent in the North-West and 34 per cent in the North-East). As the research organisation UK in a Changing Europe was quick to point out in January in their blog on red wall seats, new Conservative seats are disproportionately in manufacturing-heavy areas, particularly in the food, metals and motor vehicle production sectors. Contrary to popular belief, the Conservatives did represent many manufacturing-heavy places before the 2019 election, but now they hold two-thirds of the seats with the most manufacturing jobs. Dewsbury is a case in point with 25 per cent of the working population employed in manufacturing against a national average of 8.1 per cent. A further 22.2 per cent are employed in the wholesale and retail trade (car and motorbike repairs).

This will become an increasingly important factor as we stumble onwards with the protracted negotiations with the EU, because any deal that increases barriers for trade has huge implications in seats like Dewsbury. It is not just Dewsbury – Colne Valley has nearly 17 per cent of its working population in manufacturing and Keighley 15 per cent. Meanwhile unemployment has risen in all these constituencies in the last year.

As we proceed through August with no deal secured with the EU, Britain’s manufacturers are now warning Johnson that these red wall seats won by the Tories in last year’s election are at most risk of severe economic damage from talks collapsing. The manufacturing lobby group Make UK and the accountancy firm BDO said recently that industrial areas in the North of England, the Midlands and Wales could face a “triple whammy” should a deal with the EU fail to emerge, according to the Guardian.

Stephen Phipson, the chief executive of Make UK, said, “Should the UK fail to reach a comprehensive trade agreement with the EU, then those regions with a high concentration of manufacturing and a dependence on Europe as a major market will suffer a triple hit, given the impact of Covid-19. For some companies the combination may prove fatal”. In their regional economic outlook report, Make UK and BDO claim that almost two-thirds of exports from Wales, the North-East of England and Yorkshire and the Humber go to the EU.

The Tory gains in 2019 were also largely amongst the ‘left behind’ towns – a phrase that tries to capture places where there has been poorly managed economic restructuring, the decline of traditional industries, erosion of public services and years of chronic underinvestment. Some of these places will benefit from the Towns Fund initiative but this will only go some way to mitigate the underinvestment of the last decade, or more.

The economic hit to the country at large from the double whammy of coronavirus and Brexit could be profound – and potentially devastating for these red wall seats. This is compounded further as we see further lockdowns in the local authority areas of Kirklees, Calderdale and Bradford. Bradford now has a higher infection rate than Leicester, according to the latest figures reported in Yorkshire Live.

In June, The Spectator reported on a poll given to them by the Best for Britain think tank showing overwhelming opposition to a no-deal Brexit by the red wall voters in the seats that put Johnson in Downing Street. The pollsters interviewed 5,317 people from 9 May to 5 June focusing on 44 Northern and Midland constituencies which the Conservatives won in 2019 from Labour. According to Nick Cohen, the poll demonstrated that opinion was moving away from get-Brexit-done-at-any-cost to a much more nuanced position of wanting to see the oven ready deal with Europe they were promised.

In his piece he claims:

“Reality is starting to bite. Leave voters in 2016 and Conservative voters in 2019 believed the promises that cutting a deal would be easy and that German car manufacturers would save Britain. I have no idea whether Johnson, Gove, Cummings and the rest of the gang believed their words when they uttered them, and genuinely thought that sensible warnings were ‘Project Fear’. But everyone who has paid attention can see that when their promises turned out to be false, and when the German car makers did not arrive like the cavalry in VW Polos, they doubled down and embraced the chaos of no-deal like student Trots playing with revolution”

We may be finding out sooner rather than later. Next year in West Yorkshire will see the first election for a metro mayor. Heralded as the biggest mayoral deal yet it unlocks £1.8bn of investment for West Yorkshire which includes Bradford, Calderdale, Kirklees, Leeds and Wakefield councils. There is a lot to play for with this contest in May. It will be the first real test of the strength of the Conservative vote in these key seats. It will come after what could be a hugely difficult winter for these communities – and just as the reality of Brexit starts to bite. If no trade deal is secured, the potential job losses are inevitable in those very places that Johnson had promised to level up.

Of course, this is still early days but Boris Johnson’s approval ratings – especially on the handling of the coronavirus crisis – continue to fall (something even Conservative Home acknowledges). The only thing certain in politics these days is uncertainty. But it will most definitely get interesting in these seats over the next nine months. And as the Style Council reminded us in the 1990s:

‘Cause unity is powerful