An everyday tale of alienation, sex-scandals and a poor grasp of grammar and syntax in Wakefield 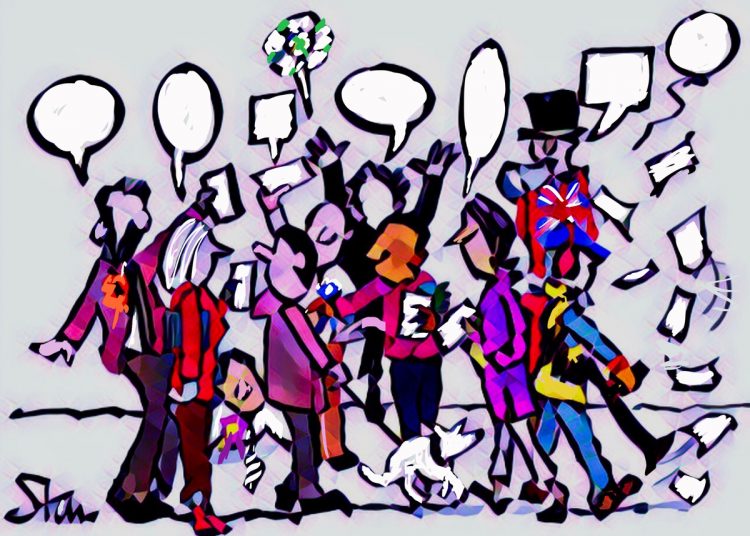 I missed my chance. The moment’s passed. Opportunity knocked but drove off in a rented Micra. Back in April, I canvassed an estate in Wakefield Rural ward that I last visited during the 2019 election. For various domestic reasons, I haven’t canvassed much this year, so what I found was a shock.

Support for Labour in Wakefield

Back in 2019, canvassing only the ‘promise’ vote (people who’ve previously said they’d vote for you), about one in four said they’d vote Labour. Brexit had done its stuff. This year, knocking on every door during council elections (and on behalf of a candidate who was … er … let’s agree on the term ‘inexperienced’) there was almost unanimous support.

“Right: I’m off the the bookies to get a bet on. I’d get good odds on a 7,000+ majority”, I bragged to Mrs Andrex as Vera talked another murderer off a roof in Stanhope.

Of course, I didn’t. Then we had the kitchen done. Then I had Covid. Then Sue Gray published her report. Given that Johnson lies or says stupid things as naturally as breathing, political self-harm is always but a heartbeat away. Last week, the Guardian published a poll that predicted a 20-point swing to Labour in Wakefield. Chance gone.

Consequently, the by-election here has slumped into a bit of a lull. After some low-wattage controversy at the outset (the Constituency Labour Party executive committee staging an underwhelming walk out at their hustings), the TV news crews have stayed away. It almost makes you nostalgic. Where are the bitter, confused pensioners? Where’s the bloke outside Greggs wanting to know why we can’t LEAVE THE EU RIGHT NOW TODAY IMMEDIATELY COMPLETELY FOREVER SO I CAN GO TO BENIDORM AGAIN?

Apart from one ugly incident where, it’s alleged, an anti-fascist protest attempting to block the Britain First transit van ended with said conveyance nudging into one of the protestors, it’s all gone quiet. Ironically, the van Britain First are using is likely to have been made in Turkey (the Southampton factory at Swaythling closed in 2013), though one suspects Britain First and macro-economics are but ships in the night.

So, what are the by-election parties saying in their leaflets?

Big hitters come and go but, unless you sit in Westgate station all day as they breeze past, all you generally get is leaflets. The impression given is that, in a world ravaged by Covid-19, recession, austerity and inflation, the answer seems to be … well, judge for yourself.

Mick Dodgson (Freedom Alliance. Real People. Real Alternative): I’m Wakefield born and bred, will end inflation and sex education and I used to be secretary of my local allotment association.

Sir Archibald Stanton Earl ‘Eaton (The Official Monster Raving Loony Party): I’m based on a 50-year-old Monty Python sketch and, as yet, haven’t produced any leaflets or online adverts.

Jayda Fransen (Independent): I’ve fallen out with all my former Neo-Nazi parties so now my only tenet is to tell you to spoil your ballot paper. From an address in Northern Ireland.

Jordan James Gaskell (UK Independence Party): Where’s Wakefield? UKIP still exists. No, really! I want to be Darren Grimes but no-one will give me any money. 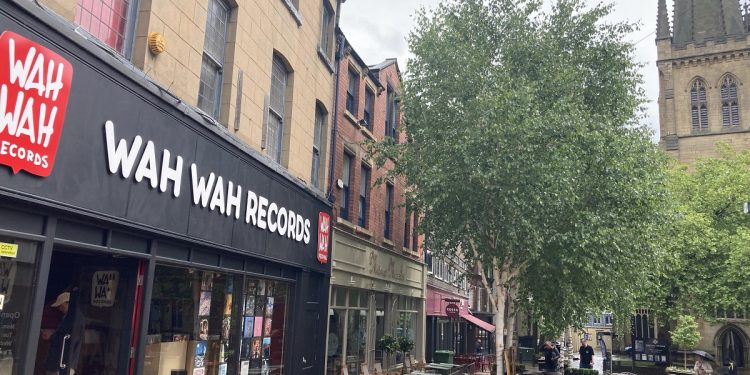 Therese Hirst (English Democrats): Can’t be arsed to do a leaflet [ed: ‘arsed’ is a legit technical Yorkshire expression, honest].

Simon Robert Lightwood (Labour Party): I’ve spent most of my adult life here, my partner’s from Wakefield, I only live in flipping Huddersfield and I’m sensible! Bloody hell, can’t we talk about something more important than whether or not I’m local enough, for goodness sake, the last bloke was Wakefield born and bred and look how that ended!

Jamie Luke Needle (Liberal Democrats): See Tiverton and Honiton – that’s where all the TV crews will be.

Ashley Theo Blue Routh (Green Party): Say what you like about Greens, until we get PR we’re realistic.

Ashlea Simon (Britain First): I actually live in that blue transit, it’s parked up in Durkar. Something about immigrants.

Look to the skies!

Last week, Mick Dodgson, the Freedom etc candidate decided to hire a light aircraft to trail one of those banners football fans use when they’re fed up with the coach. The message END FEAR, LIES AND CORRUPTION flew over Netherton on Saturday for a few minutes and I only know two people who saw it.

What is it with such candidates? They do seem of a type: They want to ‘end’ lots of things (inflation, lies, the Coronavirus Act etc) but are opaque about how. The mention (without explanatory detail) of the sexualisation of children does make you wonder what’s in their heads. When I was a sex education teacher it never ceased to baffle me how many otherwise sensible people appeared to believe that puberty wouldn’t happen if no-one ever mentioned it.

But can you trust anybody?

Many candidates mention lies. No surprise there. Johnson’s lasting legacy will, no doubt, be to undermine trust in democratic processes for a generation at least.

However, the Reform Party leaflet adopts a novel approach: Whilst denouncing other parties as never delivering on promises, they actually promise a windfall tax on energy companies, suggested by other parties. On this they can be quietly confident – given that Labour, the Lib Dems, Greens and SNP lobbied the government for five months this year before Johnson finally caved in and did it.

And the award for computer literacy goes to…

The prize for leaflet madness, though, has to go to Paul (‘lives in Wakefield’) Bickerdike of the Christian Peoples Alliance. Most of his second leaflet is devoted to score settling with an article in Pink News. In a section entitled PINK NEWS DEFEATED, Paul, who on his photos has the haunted look of a man recently released from the isolation wing of Durham Prison, says:

“We can prove children brought up by their natural parents are better off.”

An odd statement it’s true, from a man who says he’s been a foster carer for 13 years, but in a demonstration of academic rigour which would be shaky even at GCSE level, he quotes five lobby group websites and includes web links. I’m not an IT expert, but I’ve been pressing on those links for days now, and none of them seem to work.

In the meantime, there’s loads in the news about food strategy, farmers and Honiton.

If news crews want to talk to me, I’ll be outside Greggs.