Jimmy Andrex, the UK's most ineffective activist, brings his usual irreverent style and local humour to give us an insider's account on the Wakefield by-election 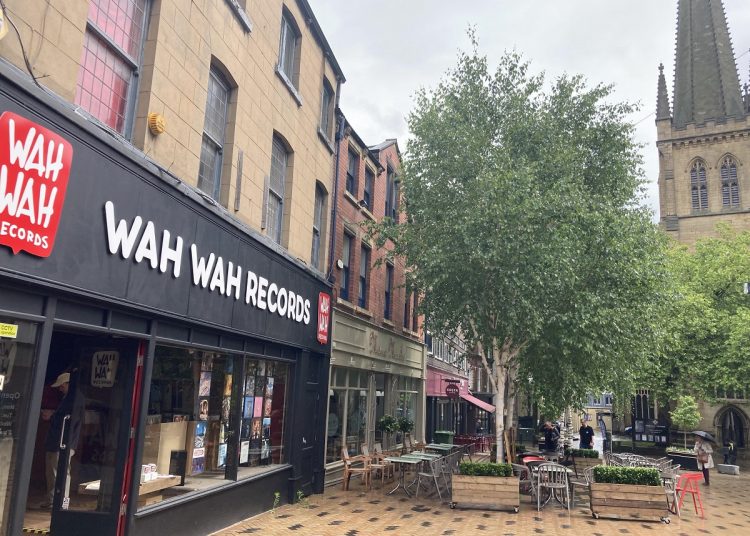 This week on Levelling Down Street: kicking off the Wakefield by-election, the Adam Smith-quoting vent-act parachuted in to be a Johnson nodding-dog MP turned out to be a predatory sex-offender. Meanwhile, the constituency Labour party executive committee decided the best way to confront a cost-of-living crisis on behalf of the struggling masses was to stage a pointless gesture at their own hustings which Johnson’s Conservatives can use in their election leaflets.

It’s not all good clean fun and games though: the Christian People’s Alliance candidate decided that a good opening gambit would be to declare that he’d never sexually assaulted anyone. Once that possible misunderstanding had been cleared up, he got back on with blaming poverty on gay marriage. Oliver Dowden, meanwhile, appeared wraith-like (and all-but-invisible-to-the-naked-eye), posing next to a hedge with an insert-your-town-here leaflet dribbling about “the freedom of privet hedges”.

“I have nothing to give you but blood, sweat and clickbait.”

In the absence of George Galloway, (wrong demographic, presumably), cartoon hatred appeared somewhat divided amongst itself, with a Britain First candidate (boldly defying stereotypes by using a blue, rather than white transit van), as well as hate-mollusc Jayda Fransen, now on her fourth stint poking wasps’ nests in neighbours’ gardens as an independent.

The Labour candidate, Simon Lightwood, a local NHS manager, got a standing ovation from the 120 members who stayed at the CLP hustings and comes across as you’d expect: earnest, serious and competent. This is about his fourth tilt at being a candidate, so he’s obviously no lightweight. The Conservatives’ main attack line is that he’s not ‘local’. There are many ironies inherent in this stance.

Firstly, Lightwood was a student at Wakefield’s Bretton College, alma mater of Reece Shearsmith of League of Gentlemen fame. Secondly, he lived in the city for about ten years before moving to nearby Huddersfield around 2012. The third, and richest, irony is that Imran Ahmad Khan, touted by Conservatives in 2019 as “Wakefield born and bred” hadn’t been seen in the city since 1991, round about the time Lightwood settled here. As for the issue of his alleged ‘outsider’ status, a local Labour councillor, David Pickersgill offered this view:

“He’s lived in and around the area since he attended Bretton College. He certainly passes the ‘110 bus test’! He’s also going over well on the doorstep.”

As for the Conservatives, they plumbed for the former leader of the (relatively small) Conservative group on Wakefield District Council: Nadeem Ahmed. Ousted last year (the post is now held by Imran Ahmad Khan’s former agent, Tony Homewood), he had been a fairly anodyne local presence whose other mistake as leader was to make a long speech in council about how much he supported austerity and cutting council budgets. The excellent quality HD video used in all council meetings has been widely used by his opponents.

Though coming across as fairly normal, it has to be said, he appears ill-suited to the knockabout world of politics. In the habit of engaging on local social media groups, his response to anyone asking him questions has been to have those people banned. This is not a good look.

One victim of these rather draconian tactics was Jan Sergeant, a local artist.

“I saw a post by Nadeem Ahmed on one of our local fb social sites asking for comments. I commented and when he responded in capitals, I challenged his social media etiquette. I then found I was blocked from that site.”

This seems odd behaviour from someone claiming to want to engage, especially an experienced local politician.

Locally, the social media buzz is the usual thrum of people blaming the local council for everything and proto-wags spurting a “they’re-all-the-same-don’t-vote-it-only-encourages-them-whoever-you-vote-for-the-government-always-gets-in-Guy-Fawkes-is-the-only-honest-man-who-ever-tried-to-bring-about-a-Catholic-theocracy” death rattle of despair.

There’s also a strange lounge-suit-and-no-tie vibe about many of the candidates, which jars slightly, though may be strangely familiar to followers of Iranian politics.

Another former local Tory councillor, now independent candidate Akef Akbar, seems to have an unusually well-funded campaign with a well-drilled bunch of activists who appear to join local Facebook groups and then start promoting their candidate. 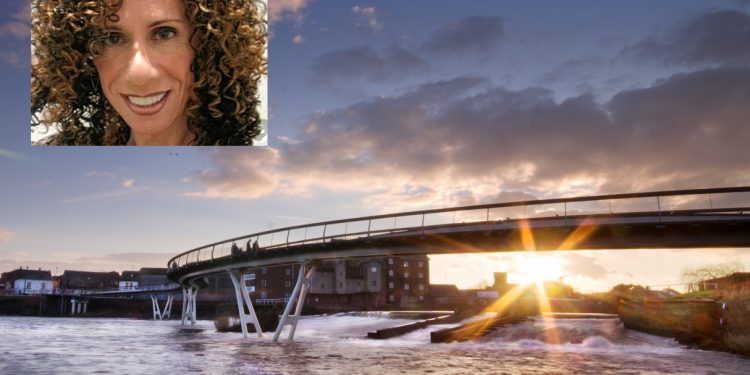 While all this noise hisses like the M1 motorway around the city, in the town centre, through watery sunshine and a sky like Tupperware, people sit in cafes in the main precinct around the cathedral drinking and chatting as Wakefield’s only vinyl shop, Wah Wah Records, celebrates moving to larger premises with a birthday cake, prosecco and hordes of blokes flicking through the racks.

The city centre is better than most, though you’re never far from an empty shop front. This is bad news usually, but good news for TV crews who, natch, always use them as backdrop for their vox pops. During Brexit shenanigans, if reporters failed to find someone at 11.30 on a Tuesday outside the Ridings Centre to sound bigoted and ill-informed, they simply weren’t trying.

This morning, with the news cycle on a confidence vote autopilot, the TV crews are elsewhere. Meanwhile, in Wah Wah Records, I got a Noel Coward album I didn’t know existed.

Inward-looking backwater poisoned by inaccurate nostalgia or an average town where people do their best in a world that’s difficult and complex: both are true and neither tells the whole story.

Welcome to Wakefield in a by-election.

These are the candidates (listed alphabetically by surname):