The Waitress is playing at the Bradford Alhambra until Saturday - catch it while you can! 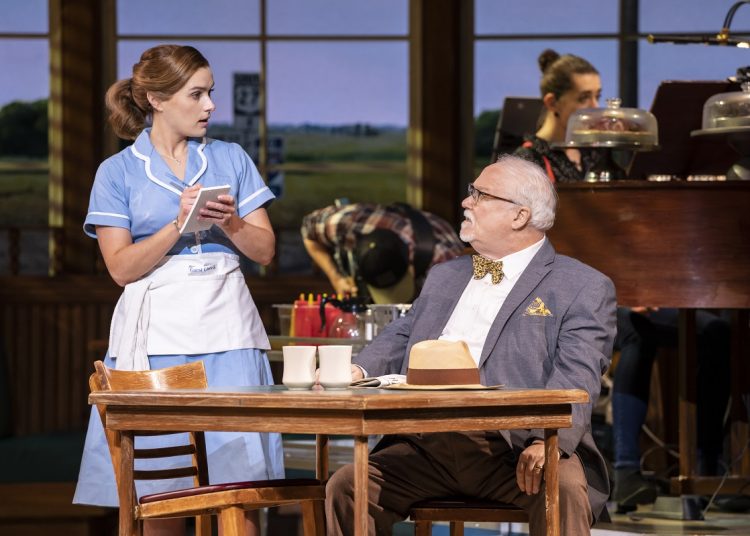 Waitress has music and lyrics by American singer-songwriter Sara Bareilles and a book by Jessie Nelson based on the film of the same name by Adrienne Shelly. choreographer Lorin Latarro and multi-Tony Award-winning director Diane Paulus, Royal Derngate Theatre, UK ,2022, Credit: Johan Persson

Upon entering the Bradford Alhambra to see Waitress the theatre was mostly full of women. I began to think that the show might not appeal to men, but I was soon to discover that this was not the case. This is a production that men as well as women can relate to.

Based upon the 2007 film of the same name the musical tells the story of Jenna Hunterson, a waitress in an abusive relationship with her husband Earl. When she becomes pregnant Jenna starts an affair with her gynaecologist, Dr Pomatter. As a way out of her unhappy situation she enters a pie contest with the cash prize as her big chance.

The storyline might be predictable, the music uplifting and the comedy fast, but the undercurrent of cohesive control and domestic abuse was always there in the background.

The real star of the musical for me was Chelsea Halfpenny who played Jenna superbly; you could hear every word she spoke and every note she sang. Her character is believable with so many traits we can all identify with.

Supported by her two other colleagues Becky (Wendy Mae Brown) and Dawn (Evelyn Hoskins) between the two of them you hear some of the best one liners of the year. The chemistry between all three characters worked superbly with excellent casting. 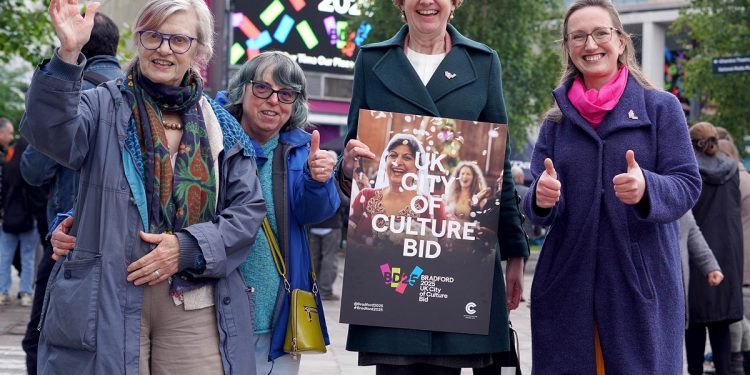 David Hunter as Dr Pomatter portrayed the nervous yet charming Doctor role skilfully. When he drops his guard, he predictably falls for Jenna and shows her that are still some good men around, though there is just one problem – he is married! There is a twist in the tale here as to what job his wife does, though I’ll not spoil it for you here.

Tamlyn Henderson as husband Earl comes across as a loser which makes you wonder what Jenna ever saw in him. His temperamental nature left me sitting on the edge of my seat wondering what he was going to do next.

Michael Starke as Joe – owner of the diner where the three waitresses work – played his role as an older gentleman still with a sparkle in his eyes. When he eventually got to sing, his rendition of Take It From an Old Man was elegant and graceful.

Watch out too for engaging performances from Christopher D.Hunt as diner boss Cal and the slightly awkward and eccentric Ogie played by George Crawford.

Catch it at the Bradford Alhambra

If you have not seen the film version by the end of the show you will certainly have the songs going around in your head. Written by the Grammy nominee Sara Bareilles the music fits easily into the show. The small band who were tucked away in one corner of the stage added a novel touch.

All in all this was the perfect recipe for a great evening that made me think, contemplate, smile and sing. A perfect production.