ADVERTISEMENTThat the National Trust could so upset a seemingly large swathe of its traditional supporter base is perhaps one more event to add to the weird dystopia that is 2020. But upset them it has. Not by changing the recipe for its Victoria sponge, nor by once more asking its volunteers to wear a rainbow […] 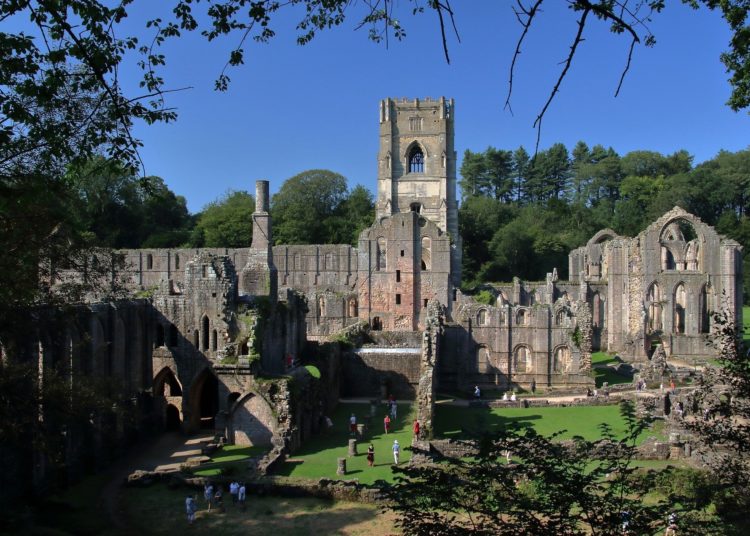 Image by Emphyrio from Pixabay

That the National Trust could so upset a seemingly large swathe of its traditional supporter base is perhaps one more event to add to the weird dystopia that is 2020. But upset them it has. Not by changing the recipe for its Victoria sponge, nor by once more asking its volunteers to wear a rainbow badge, as it did three years ago. The fallout from that furore was enough to think that lessons might have been learned.

But no. This time Britain’s favourite preserver of crested turrets and baronial halls has really set the cat among the woodcocks. “How dare they?!” cried Dominic Sandbrook in the Daily Mail. “Churchill’s home on National Trust’s BLM list of shame”, whined the Telegraph. For the National Trust has commissioned and published a report into the legacies of Empire and slavery on the properties that it manages on behalf of the nation.

Predictably there have been cries that this new ‘woke’ National Trust is “rewriting history”. Although quite how commissioning notable historians to conduct a thorough investigation into the past, and then publishing the results, constitutes rewriting anything is beyond me. Rather, the National Trust has behaved like the grown up in the room. It hasn’t waited to be called-out for misdemeanours, perceived or otherwise. It has tackled them head on, taken the lead, acknowledged that a great deal of Britain’s wealth and history is mired in behaviour that should not only be viewed as abhorrent in a modern, statue-removing context, but as abhorrent full stop.

In his excellent book The Book of Trespass (Bloomsbury Circus, 2020), the writer and illustrator Nick Hayes describes how seventeenth and eighteenth century wealth was created by the slave trade and pumped into the landscape of England. “Across England”, Hayes says, “the wealth of the sugar plantations was being injected into English society, into buildings and infrastructure that … remain to this day”. And what the National Trust has done is to tell those stories, too. Brushing away the sugar coating in favour of revealing the sugar trade’s riches.

So what does this mean for Yorkshire? There are four properties out of the 93 featured in the report within the county, although for perspective, the Trust manages just 24 properties across North, South and West Yorkshire and East Riding out of a national total of some 600 or so.

Fountains Abbey and Studley Royal, near the small cathedral city of Ripon, was owned by one John Aislabie (1670–1742). Aislabie was part of the South Sea Company, founded in 1711 and granted in 1713 a monopoly to supply African slaves to the ‘South Seas’ and to South America. So rich did the company become that it arranged to take over the national debt in exchange for government bonds. Aislabie received a bribe of £20,000 to promote this scheme and having negotiated it he ended up as chancellor of the exchequer. The South Sea Company collapsed in 1720 and Aislabie was forced to resign. He was found guilty of corruption, expelled from the House of Commons and imprisoned in the Tower of London. He was, however, allowed to keep Studley Royal, having owned it prior to his financial misdemeanours.

Nostell Priory, in West Yorkshire, was acquired by the Winn family in the mid-seventeenth century and the present house dates to 1733. Records suggest that Sir Rowland Winn, 4th Baronet (1706–79) invested in both the South Sea Company and the notorious East India Company, although the report concedes that more research is required into the family history during this period.

Nunnington Hall, in North Yorkshire, was purchased in 1839 by William Rutson (1791–1867), a man whose wealth was inherited on the death of his father; his wife Charlotte’s family were also linked through business interests to the Rutsons. Rutson’s grandfather was a cotton trader and slave merchant, involved in financing, wholly or in part, at least 42 voyages transporting African slaves. William and Charlotte’s fathers were then in business together, trading goods produced by slave labour. Their company, Ewart Rutson & Co, acted as a cosignee for slave owners and also had significant links to estates in Barbados, Nevis and Antigua. In 1835 it received £2,790 8s. 8d. as compensation for land and 213 enslaved people.

Wentworth Castle and Gardens in South Yorkshire was owned by Thomas Wentworth, Lord Raby, 1st Earl of Stafford (1672–1739). Following a military career, Wentworth became a diplomat and was appointed chief negotiator for the Treaty of Utrecht. As part of the negotiations, Britain signed a contract with Spain, providing the South Sea Company with exclusive rights to supply enslaved Africans to Spanish territories. Today, a sculpture of a kneeling black male figure sits within the conservatory at Wentworth Castle.

So why should all this matter? After all, it all happened a long time ago.

It matters because of the legacy it creates. Because without acknowledgement, Britain, and England in particular, becomes seen as a land of fairy tale castles, of romantic country houses and Downton Abbeys that seem to have grown out of the earth like the trees bordering the manicured lawns that bask in their shadows. As if that wealth were somehow inherent, just part of the landscape. As a land without responsibility. And it matters because appalling, inhuman acts were perpetrated on people in the name of commerce; to ignore them, to simply wander stately homes admiring a stucco ceiling or a gilded desk is to be complicit in ignorance. To lose sight of empathy. To become part of the problem.

In releasing its report, the National Trust has catapulted itself into modern day relevance. British history is entwined with its landscape and its property. It is also entwined with slavery. That a body so resolutely ‘middle England’ as the National Trust can recognise this, can treat it respectfully and compassionately, must surely represent progress.