After being pressed extensively by Dan Jarvis last night in the House of Commons, and with representations from other Yorkshire MPs 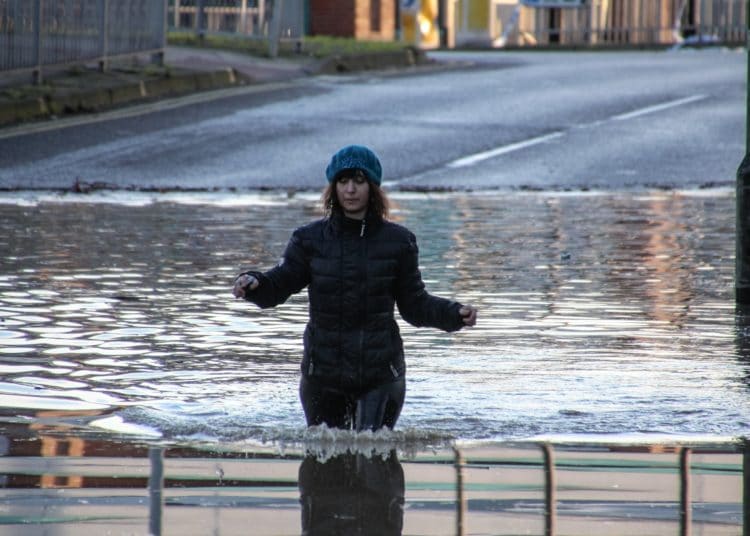 The long-awaited flooding summit will convene at last on 8 October, following a concerted effort by Dan Jarvis, Barnsley MP and South Yorkshire mayor, and the Yorkshire Post. However, in what is a travesty for the rest of the region, the summit is for South Yorkshire and not the whole of Yorkshire.

After being pressed extensively by Dan Jarvis last night in the House of Commons, and with representations from other Yorkshire MPs such as Holly Lynch and Rachael Maskell, the parliamentary undersecretary of state for environment, food and rural affairs, Rebecca Pow, conceded that the meeting is just for South Yorkshire.

“It is better late than never that the long-awaited South Yorkshire flooding summit will now take place”, Dan Jarvis told the Yorkshire Post yesterday, “but the residents, businesses and communities that were battered by the floods last November have been waiting for far too long for this to happen. I would like to extend an invitation to the prime minister to join the summit and to see for himself our plans to improve the region’s flood defences and mitigation.”

It is also highly unsatisfactory for the rest of the region, which has suffered extensively from flooding over the last eight years. York, Hebden Bridge, Dewsbury, Hull, Bradford and many more areas in Yorkshire suffer badly from flooding. On Boxing Day 2015, when the River Aire rose overnight to 4.61m (its normal level is only up to 2.65m), a thousand homes were flooded in Leeds, and 400 businesses went underwater in the city centre, while in Kirkstall and Otley 15,000 people were left with no power.

In South Yorkshire, Dan Jarvis has been tenacious in his fight to try and deal with and prevent the battering that communities get from flooding. During an adjournment debate on 30 September in the House of Commons, he reminded everyone of the human cost of flooding: “Lives disrupted, homes abandoned, futures made uncertain and full of hardship. This is a growing threat: a once-in-a-lifetime disaster.”

He could so easily have been talking about the pandemic. And of course, that’s what makes this even more urgent, because these communities at risk of flooding are going to be hit hard by the pandemic as well as the economic fallout of Brexit when the transition period ends in December.

More than 1,000 homes and 564 businesses in South Yorkshire were affected in the 2019 flooding after the River Don burst its banks following a huge deluge of rain. Many will recall the pictures of residents struggling in Fishlake and Bentley near Doncaster. And the impact is still being felt: Kilnhurst Primary School in Rotherham remains closed; many people are still in temporary accommodation; and others are dealing with huge financial losses. The pandemic has meant that recovery work is slow, with work on homes in Fishlake now paused.

Jarvis has been quick to make the link between the pandemic and flooding. An article in the Doncaster Free Press in June quotes him saying:

“Crucially though, there is a direct link here to the Covid-19 response. We desperately need to create jobs and invest in infrastructure to counter the damage the disease has caused and will cause to our society and our economy … Increasing and accelerating work on flood prevention can help provide those jobs – while ensuring that the public investment we so badly need produces some long-lasting good”.

Only a climate denier would now refute that this is down to climate change. The increase in extreme weather patterns is recognised and a feature of planning is now to make infrastructure projects (roads, houses, bridges) sustainable – in other words capable of withstanding extreme weather conditions. The sandbags need to be ditched and replaced with preventative measures. Tackling climate change has to be big and bold.

To do nothing carries a cost. The Intergovernmental Panel on Climate Change estimates that “climate change could increase the annual cost of flooding in the UK almost 15 fold within 60 years in high-emission scenarios”. That’s before you calculate the personal and community costs. The pictures shown by the BBC earlier this year of houses literally falling off a cliff in East Yorkshire should be a wake up call to us all.

As Jarvis said in last night’s debate. “We cannot, however, build our way out of this with concrete. Working with nature, rather than against it, will ultimately be much more effective and affordable; we need to fundamentally change not just the amount that we invest but the way that we do flood prevention.”

That means an entirely new approach that looks at new drainage systems together with a major tree-planting strategy to reduce the risk of floods. Sustainability and tackling the climate emergency need to be at the heart of our future economic plans.

Local leaders in South Yorkshire have come up with a plan for flood prevention measures worth more than £270m that would protect 10,300 homes and 2,800 businesses – saving an estimated £1.7bn in direct damages. So far, ministers have given £16m to the Sheffield City Region to bolster flood defences.

Only time will tell whether the government coughs up. And this is a problem for the very person controlling the purse strings, Chancellor Rishi Sunak, who is after all a Yorkshire MP with a constituency that is not immune to flooding. Indeed the flash flooding in July 2019 was devastating to the farming community in the Yorkshire Dales.

Last night’s response from Rebecca Pow was less than satisfactory. A large proportion of her contribution was spent listing the details of the flooding last year, which was particularly unnecessary for those of us living directly in the eye of this storm (and as she comes from Somerset, it was probably unnecessary for her too). But figures were bandied around and it is possible that some good will come from this, and not just in South Yorkshire.

In the meantime, think of those people in communities still mopping up from last year who are facing the prospect of another lockdown in their homes with the knowledge that those homes may soon be flooded. As the South Yorkshire mayor wrote in the Yorkshire Post in June:

“The people who have been collecting shopping and medicines for those who are shielding. The volunteers who have produced PPE for the front-line. The pub landlord who has cooked hundreds of meals for vulnerable residents. It’s the same community spirit that I saw in abundance during the floods last November.”

These people are going to need resilience in spades this winter. Let’s hope that this summit in October tackles the reality for these communities now before winter sets in and it is too late.

What is the real intention behind Donald Trump’s ‘law and order’ policy?