The next round of devolution deals comes to West Yorkshire, with a proposal for a new directly elected mayor and £1.8bn of funding into the area over the next 30 years. 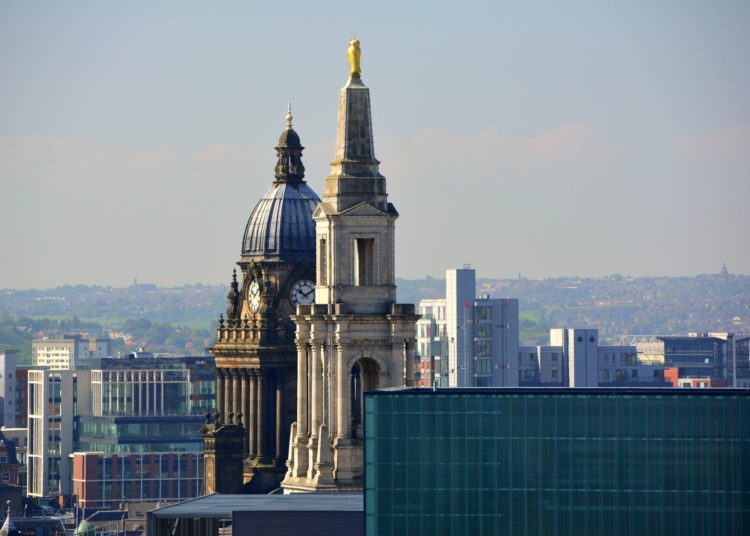 The next round of devolution deals comes to West Yorkshire, with a proposal for a new directly elected mayor and £1.8bn of funding into the area over the next 30 years. The deal, signed by the region’s council leaders and the government in March 2020, will see residents in West Yorkshire vote for their mayor on 5 May 2021.

The West Yorkshire Combined Authority (Bradford, Calderdale, Kirklees, Leeds and Wakefield) has published an online survey, asking for residents’ thoughts on the long-awaited West Yorkshire devolution proposals. It is hoped this deal will have a positive effect on the economy after the impact of Covid-19 and Brexit.

According to Bradford City Council leader, Cllr Susan Hinchcliffe, this is the biggest per-capita devolution deal so far. The £1.8bn will be invested in better public transport, improving adult education skills, support for businesses, heritage funding and tackling the climate emergency.

Andrew Sheen, from the West Yorkshire Combined Authority, explains that the region could be more fruitful than it currently is:

“West Yorkshire has a large and diverse economy. However, it faces challenges of low productivity, linked to a range of issues [including] skill levels and investment in innovation, which are not as high as they could be.”

West Yorkshire’s economy continues to under perform. Office for National Statistics figures show that West Yorkshire is 13.2 per cent less productive than the UK average. London and the South East alone accounts for 47 per cent of the UK’s increase in jobs over the last decade. Up north the devolved city regions of Liverpool, Tees Valley, the North of Tyne, and Greater Manchester all perform better than West Yorkshire. Here in Yorkshire, the road to devolution has been a rough one, with the Sheffield City Region deal taking four years to be finalised

In 2015, plans were made for a Leeds City Region devolution deal, covering West Yorkshire and North Yorkshire. But this was met with opposition from the Yorkshire Conservatives, so it never gained governmental approval. The One Yorkshire plan was also rejected, this time by the government who declared that a deal covering such a vast area wasn’t suitable. Devolution then took a back seat due to Brexit’s dominance.

The deal on the table will give a boost to long overdue transport plans and address issues around skills and employment. Part of the £1.8bn funding is for the £63m annual adult education budget (AEB) for West Yorkshire. It’s intended to help adults to develop the skills to enter work opportunities within the local economy, to then increase the productivity of local businesses.

Other articles by Emily Horner:

Sheen explains that, “Taking greater control over the adult education budget will help as West Yorkshire looks to recover from the impact of Covid-19. The AEB will have a key role to play in meeting increased demands for skilled workers in the health sector, as well as supporting re-skilling for people working in sectors currently under lockdown, or that are likely to be affected by changes in trade and consumer behaviour.”

What about youth unemployment – especially in Bradford where levels are particularly high? The deal will continue to support existing programmes such as the future-ready skills commission focusing on post 16-education through to adult skills. But there is scant detail on addressing skills deficits that emerge before the age of 16. Bob Buxton, Leader of the Yorkshire Party, argues we need more:

“Yorkshire has the worst GCSE results in the country and some of the lowest levels of spending – why should children in London get 50 per cent more funding per year than kids in Leeds? The government’s funding floor of £3,750 per pupil per year in primary is actually below what Yorkshire schools have.”

So could a One Yorkshire deal be an option in the future?

Buxton suggests it would help in terms of organisation within the county. “There is a screaming lack of detail in the West Yorkshire devolution deal, especially in regards to York. It seems that the West Yorkshire Mayor may have influence and powers over York, but the people of York will not have votes in the Mayoral election. How is that democratic? It may lead to York being under-prioritised. A One Yorkshire deal would eliminate all such problems.”

At least for now, collaborations between the councils can work to heal the economy. For example, the popular seaside town Scarborough has taken a hit economically during lockdown. The council ran a survey 4–26 May to gauge the economic impact of Covid-19 on businesses and use this intelligence in recovery planning, with £50m in government Covid-19 business grants. The council will work alongside the York and North Yorkshire Local Enterprise Partnership, which works with the Leeds City Region.