Peter Norcliffe writes of the exploits of his local walking group, the 'WARTS', and their Yorkshire rambling. "Lockdown has deprived us of opportunities to exercise these in each other’s company and so I have had to turn to writing to keep my skills ticking over." 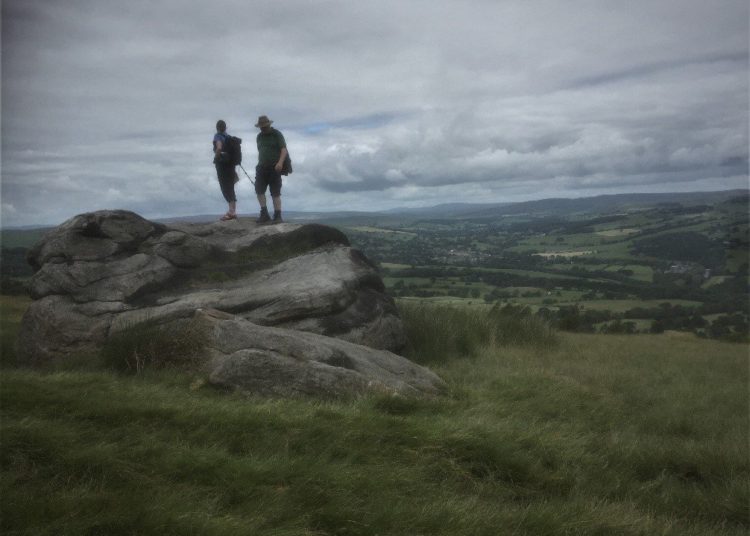 The colonel and sergeant major on a misty Ilkley Moor

When I eventually hung up my rugby, cricket and kickerball boots for the last time, and took my trusted and faithful jockstrap to the vets to have it humanely put-down (I had considered putting it out to pasture, but I was concerned that the farmer would have shot it when it started worrying the local sheep), I then began to look for slightly easier ways of knocking seven bells out of my weakening body.

I had heard of putting one foot in front of the other, described by one of my ancestors – Major General Sir Norcliffe Norcliffe of Langton (1791–1862), 18th Light Dragoons (Hussars) – in his training manual as the activity of “walking” and I thought, if it was good enough for himself, it’s certainly good enough for me. And so I became a founder member of a walking group, the Walkers and Ramblers Tenacious Stalwarts – WARTS.

Successful walking groups thrive on the camaraderie created by a shared love of the countryside and sustained, in the case of WARTS, by banter and friendly abuse. Lockdown has deprived us of opportunities to exercise these in each other’s company and so I have had to turn to writing to keep my skills ticking over. While my fellow walkers can rest assured that the more libellous comments will certainly have been removed by my editor at Yorkshire Bylines, when we meet again normal levels of insult will be fully restored.

Walkers around Huddersfield are spoiled for choice. There are hundreds of miles of paths, byways, towpaths, bridleways and packhorse routes in, around and through our beautiful hills, valleys and moors. Many of these were created when walking was the main, if not the only, mode of transport. They connected our workplaces to our towns, hamlets, villages, and very importantly at that time, places of worship.

We often fail to appreciate the work and parliamentary lobbying the early ramblers undertook to secure our ‘right to roam’ in 1949. Work continues to this day, ensuring that paths through potentially difficult terrain such as moors are signposted and sometimes paved for our safety, with stiles and hillside steps constructed and maintained. We are extremely lucky in Britain that we have all these wonderful areas to walk in.

We may be unique in this regard; very few other countries will either tolerate or allow this sort of freedom. If we stray into land where we are not welcome in many other countries, we run the risk of having the dogs set upon us or even being shot without question. Luckily we are much more civilised here, although I think some landowners would very much like to turn the clock back.

It is planned by 2021 that we will be able to walk the entire British coastline – a walk of 2,700 miles. I can guarantee that whoever does it will be tired by the end.

Well, every group needs a leader and in the case of WARTS it’s a woman, whom I will designate our colonel. A doctor with excellent organisational skills, she is a fascinating and complicated character and we think the world of her. I have noticed that doctors, particularly the female variety, have no filter in their conversational subject matter; it seems embarrassment is removed from their personality early on in their medical training. Us fellas will talk to each other about body parts till the cows come home, but when a lady joins in and brings a whole new range of parts and functions to the conversation, it’s an eye opener even for us. Luckily, the colonel introduces these a little at a time, which mostly prevents them from causing nightmares.

Another WART is also a doctor. He deserves the rank of major, as he is justifiably a highly respected figure in our community but leaves most of the walk route organising to the colonel. He is the only fully paid-up member of a very popular religious group; therefore, and because he is a very thoughtful and generous fella, he feels guilty for everything, and will always take  full responsibility and blame when anything goes wrong, even when he wasn’t there. Now he has retired, and to avoid recognition he likes to walk with us in some sort of disguise: false beard, dark glasses, woolly hat and the like. However, this is not always successful in shielding him from the adulation of previous patients, to which he pretends to be immune by nonchalantly munching on a gluten-free energy bar.

The major is one of the finest chaps I know. One that I would trust my life with, as so many have.

Another member, along with myself a founder member of the WARTS, is the ex-husband of the colonel. I give him the rank of corporal because he organises nothing. He is a Lancastrian, although he likes to claim he’s from Cheshire. Wherever he’s from, he’s desperately trying to become a Yorkshireman, and he seems to think all he has to do to qualify is not pay for anything. To give him credit, he’s been practising hard at hanging back to tie his bootlace when we are nearing the café, or hiding behind the aspidistra or a dark corner behind the fridge if he accidentally happens to be one of the first into the café.

He hasn’t developed, and I don’t think ever will, the “I’m non bund ta pay, thanose” subtleties of a proper Yorkshireman, an attitude he was clearly lacking at his 70th birthday celebration, when we pretended we expected him to pay for everyone’s meal in our village restaurant. His lip began to quiver, he turned a ghostly white and he hasn’t been the same since. He’s good company – well-read and active in charity work – and, along with the two doctors, one of the three WARTS to have a university degree (in the corporal’s case a B2 in origami and lemonade brewing, I think).

A further member of the WARTS I shall call lieutenant. He has an uncanny control over the weather, in that when he is walking with us it never rains. Clearly, he has sold his soul to Zeus, god of clouds. He seems to be genuinely nice: he will speak to all dogs and children and even, or perhaps especially, young ladies in a kindly manner when we meet them on our walks. The niceness extends to his wife. When they were walking together and she sank into a peat bog up to her knees, he managed not to laugh but instead showered her with sympathy and helped her back onto the path, showing a self-control of which I myself would have been incapable. 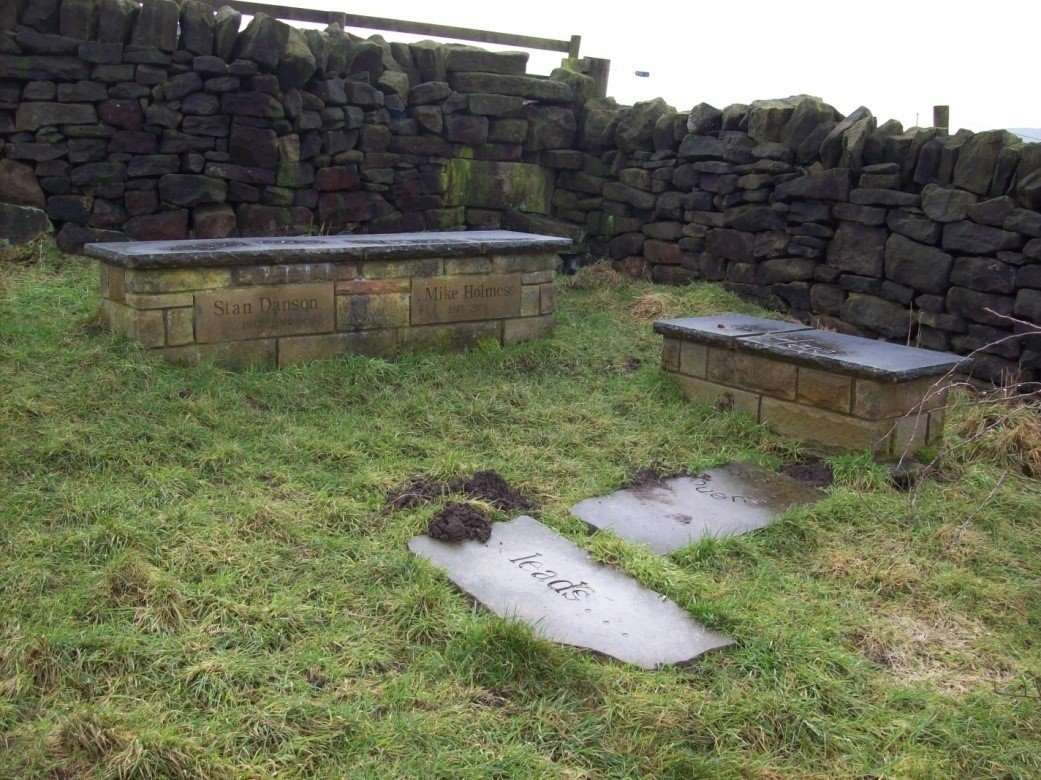 The fifth member is a chap I am proud to have known for 57 years. With a faithful passion for trams, trains, buses, tractors, mill steam engines and old motorcycles, on which he is a mine of fascinating information, he is our chief engineer. He is the part-time kickerball correspondent for the David Brown tractor 1922 committee and also finds time to be the WARTS frontline photographer.

For the last two years, he has been painstakingly reconstructing a Co-op dressmaker’s dummy and dressing it in the uniform of Guy Gibson of WW2 617 squadron fame. And if that wasn’t enough, for the last 45 years has been meticulously rebuilding a junior motorcycle that he calls James. In short, the chief engineer is a very interesting character, and another genuinely nice fella, most worthy of the title ‘my best mate’ particularly when there’s just me and him. 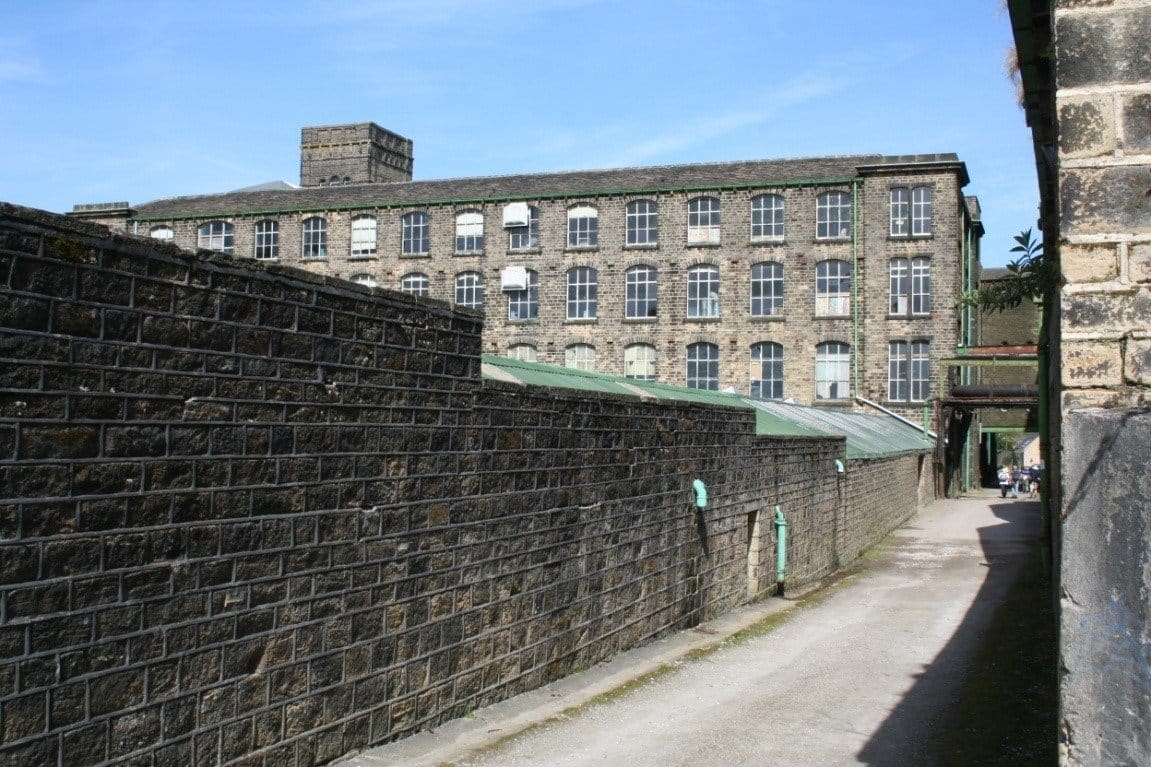 The last, and by all means least, member of the WARTS is me. My military rank is sergeant major, suggested by the corporal because I’m loud and thick, which, together with the fact that I am a founder member, allows me to be our chair. Some of the other WARTS seem to be collecting marriages; one even keeps a file of marriage certificates. I am the only member who has only been married once, now for 54 years. I can’t imagine having to start a new relationship, nor who would have me. And of course, I don’t think my lovely wife Moi would let me.

In all seriousness, and it may even have come across above, I think the world of these fine people and have greatly missed them; fantastic, interesting, helpful and kind are words I would bestow on them in a weaker sentimental moment. However, it’s a secret, so don’t tell ‘em I said so. 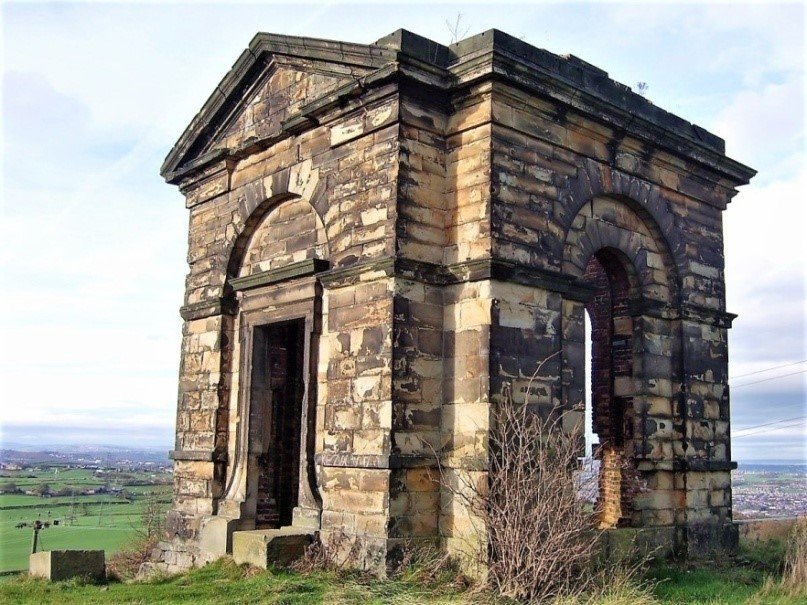 I’ll finish with two of my favourite views. Above is on Slawit Moor, and again on the beautiful Colne Valley circular. Marsden is down in the valley below the far horizon. Below is dropping down into the outskirts of Marsden. The building at the bottom of these Yorkshire stone steps forms part of the bank Bottom Mill situated just around the corner to the right.