The unfolding saga of the proposed unitary authorities for North Yorkshire

To recap – the government has proposed that God’s Own County of Yorkshire should not operate as One Yorkshire Together, but as four separate areas, each with an executive mayor, elected through proportional representation, to work alongside unitary local government councils. 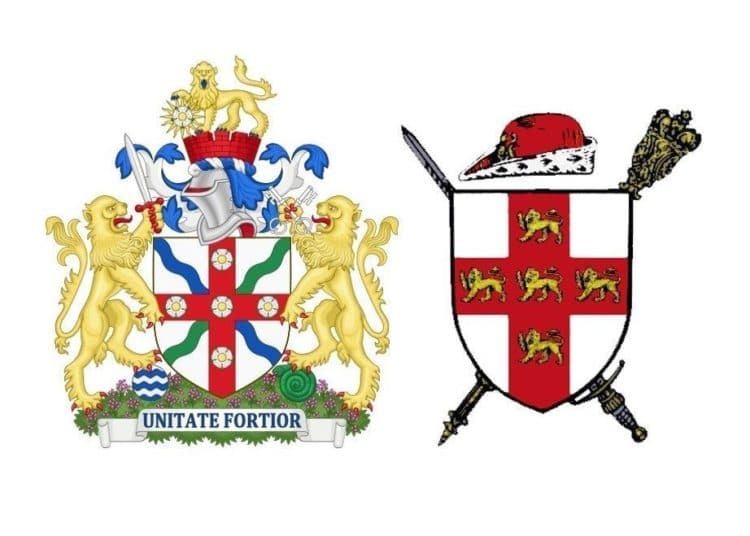 To recap – the government has proposed that God’s Own County of Yorkshire should not operate as One Yorkshire Together, but as four separate areas, each with an executive mayor, elected through proportional representation, to work alongside unitary local government councils.

That puts the cat amongst the local government pigeons in North Yorkshire, as there are nine existing councils, which would then be replaced as from April/May 2022. The government criteria state that a minimum acceptable population level is 300,000 and the optimum is 400,000 – the population of North Yorkshire and York is 820,705 (2018), so it is a fair assumption that two unitary authorities should emerge. If the nine councils do not agree on one preferred solution by the autumn, the government will impose one.

Don’t let anyone be under any illusions – this is important. Local government may be a pale shadow of what it has been, but a locally elected democratic organisation is a vital ingredient still in our society, to deliver services that matter. We need to get this right.

The leader of North Yorkshire County Council (NYCC) immediately tried to seize some initiative by announcing that the answer was to simply create the existing county council areas into one unitary authority (Scarborough, Ryedale, Hambleton, Selby, Harrogate, Richmondshire and Craven) alongside the existing York City Council unitary; the leader of York City Council agreed. When it was pointed out that the respective populations would be 614,505 and 208,200 – which hardly met the government criteria – a hapless minister quickly helpfully stated, at the instigation of the NYCC leader, that the population criteria were of course flexible and local circumstances had to be considered.

So that’s alright then?

Well perhaps it’s not quite as simple as that.

The seven district councils have agreed that there needs to be a thorough assessment of the situation. They have tasked well-known management consultants KPMG to carry out a study and to work with the district councils to identify the most appropriate model for this local government reorganisation. There will be a consultation and engagement programme, which will include discussion with political parties across the area. This is being organised and coordinated by the councils, aimed at effective engagement on this critical decision. So although the timing is tight if there is to be a solution announced by the government by the end of the year, this is not a situation that is going to be settled by an unilateral pre-emptive strike.

Quite apart from anything else, we are dealing with raw personal politics here. It is part of the political scene that several NY county councillors – 52 out of 72, with 38 being Conservatives – are also elected district councillors. Given that the seven district councils have collectively rejected the NYCC leader’s ideas, these ‘two hatted councillors’ will have to decide which solution to support. And it gets worse for party discipline at NYCC level, as whatever happens there will be a considerable reduction in the overall number of elected councillors. Many have already said that, in any event, they do not intend to stand for election in the originally scheduled 2021 elections, which may lead to a sense of independence. But this independence is not a good portent for party discipline, with some questioning whether the NYCC leader still has a working majority in the council for his unilateral takeover announcement.

All the political parties will have issues, as this will rightly be seen from a local perspective – Scarborough will not see things like Harrogate, York will not see things like Richmond. The hope is that the KPMG report will inform the decision-makers through a professional assessment of the economic and geographical reality – the many conflicting priorities and issues that exist, all of them impacting on the best interests of each individual district, town and village. Inevitably, political advantage will be sought by some in promoting one solution over another.

And the election of the executive mayor on a single transferable vote basis opens a Pandora’s Box – voices are already raised, asking why elections for the new unitary council councillors shouldn’t be held on the same day, using the same proportional representation system. What are the chances of that likely to be?

The district councils are clearly correct – the economic and geographical realities and clear community interests warrant careful consideration, leading to a rational outcome that balances these various interests. This should provide a structure that is more efficient, effective, economical and representative than the confusing expensive duplication we have at present.

Juggling the district configurations (although it is to be hoped that the existing district boundaries will not be slavishly adopted, the government are not giving any reassurances about that) produces many potential options, and there are alternative approaches such as parliamentary constituencies that could be reflected. But the clear developing divide seems to focus on:

This has quite a way to run.

A subsequent article will suggest what are the relevant factors which should influence the choice of the best potential local government structure, not least the economic and geographical realities.