Brought up in a family of agricultural workers who travelled with the seasons across the North East and Yorkshire, Richard O’Neill is a multi-award winning storyteller and children’s author whose work has been disrupted by Covid-19. 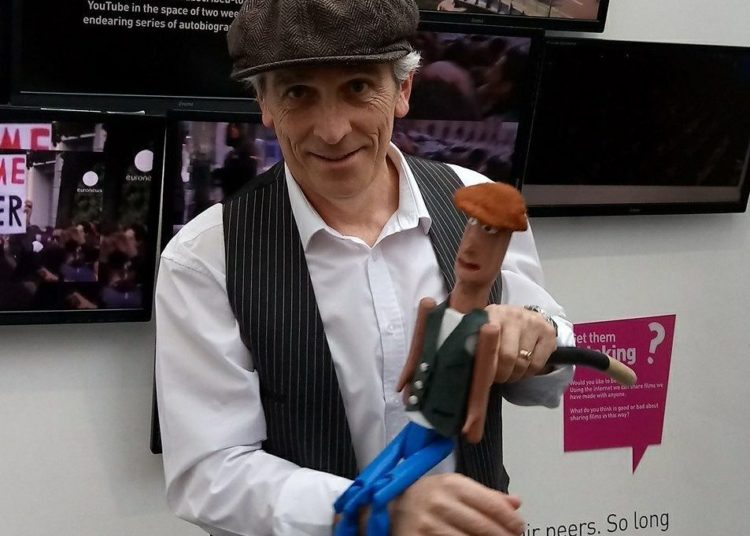 Brought up in a family of agricultural workers who travelled with the seasons across the North East and Yorkshire, Richard O’Neill is a multi-award winning storyteller and children’s author whose work has been disrupted by Covid-19. He has had to postpone his full diary of school, library and theatre bookings this year, but he has drawn on his upbringing to come out of the lockdown with new stories and new ideas.

Growing up in the sixties and seventies without a television, for Richard’s family storytelling was the main entertainment – and they excelled at it. They could be seen at many a barn dance entertaining children and adults alike. Richard learned his storytelling and wood carving skills from some of the best in the North.

‘Make do and mend’ was the norm and like many others his family collected and recycled everything they could for future use, including ideas for stories. In the autumn when the last potatoes had been picked and it was time to hunker down for the winter the family collected and sold firewood and made rustic furniture to sell in the spring, and toys to sell for Christmas.

Richard has turned his love of stories into a highly successful career, with internationally published books and plays, and performances at the Royal Festival Hall, London and on BBC radio. He has also kept the family tradition of recycling and toy making going. He says:

“Disruption was part of our lives growing up and we managed it pretty well. Anyone who works outside knows how much the weather rules their working lives. It’s either too hot, too wet or too cold – it’s rarely just right. But when you’ve done it for generations you can adapt, survive and even thrive with the right mindset.”

So in times of no work Richard simply followed in his family’s footsteps and created new toys and new stories. And he’s done the same during lockdown. Many of his storytelling and making sessions have gone online, but the more Richard thought about his childhood – and how the valuable lessons he had learned growing up helped him and others deal with lockdown – the more he thought they should be written down.

Drawing on his travels around Yorkshire, he created a course called the Nomadic Way, particularly designed for use in schools where they now need greater flexibility and more outdoor learning. The Nomadic Way is a set of principles, combining simple and effective learning tools to empower children and adults to adapt to change.

Richard has already started taking his new toys and learning methods into schools to work with teachers and children of key workers. He says, “as the interest in practical and outdoor learning increases the methods and knowledge of the past might just be what we need for the future.”

You can check out Richard’s work HERE.

Government’s confused messaging and unclear strategy give cause for concern