How do we tackle the environmental impact of all the pandemic-related plastic waste, such as lateral flow tests and disposable masks? 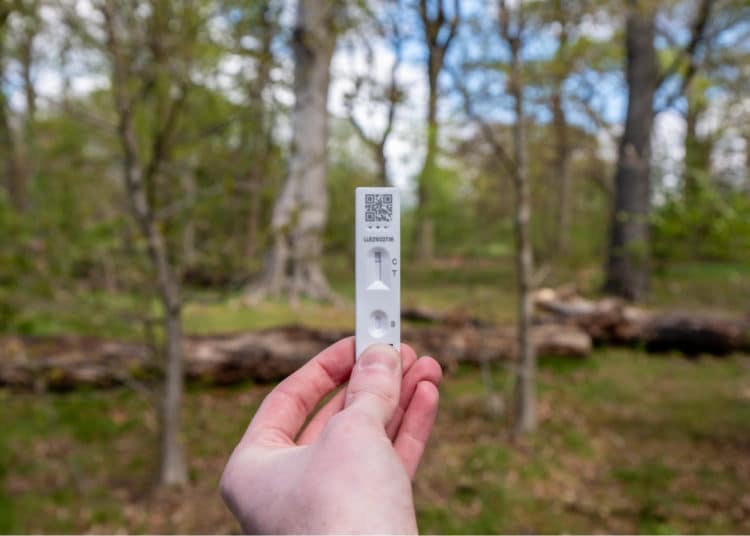 In an attempt to keep the public safe during the pandemic, the use of disposable face masks, plastic gloves and lateral flow tests has become the norm. However, in doing so, Yorkshire-based recycling company ReWorked says that we’ve created a whole new waste-stream – one that could be detrimental to the health of our planet and local eco-systems.

As the country approaches the all-important date of 21 June, all eyes are on No 10, eagerly awaiting the go-ahead for normality to resume. It’s the closest the country’s been to normal life for over a year. The previous 14 months have been difficult and arduous, but finally, there might be light at the end of the tunnel.

To get here, though, ReWorked says the health of our environment has been compromised. Earlier this year, it was reported that the UK government had ordered over 380 million lateral flow tests, and implored everyone in education and workplaces to take two each week. However, only the outer packaging of these tests can be placed in recycling bins. The rest simply gets thrown away with domestic household waste, most of which finds its way to landfill.

“We absolutely should be worried”, Izzie Glazzard, a spokesperson for the company, said. “There’s a whole new waste-stream that nobody’s talking about.” To fight back, the company has worked tirelessly to find a way to recycle the tests.

Currently, ReWorked is the only company in the UK to take on such a task. The group says it was able to start tackling this problem because of its work before Covid-19. Specialising in hard-to-recycle materials, it was able to quickly transition to combat pandemic waste.

“Before the pandemic, we were recycling cosmetic packaging and black food trays, for example, so we already had the technology to work against this new waste”, Glazzard said. “Having a small team also allowed us to improvise and adapt easily.”

However, ReWorked is only a single company based in the North of England. Whilst the team there believes it has the capacity to recycle all lateral flow tests, it fears accessibility might be a problem.

The team says that anyone can go onto ReWorked’s website to purchase a recycling bin, but acknowledges that this could be expensive for individuals, and would rather see staff implore their employers to buy them for workplaces instead. This, it hopes, will make it much easier to recycle these tests, which are sometimes mandatory.

“More face masks in the sea than jellyfish”

For ReWorked, however, lateral flow tests are only half of the problem. Since 15 June last year, face coverings have been mandatory throughout much of the UK in an attempt to slow the spread of covid. Whilst masks have been proven to help save lives, failing to dispose of them effectively is risking the health of the planet.

Recently, conservationists estimated that there are currently more disposable face masks in our oceans than jellyfish. Other studies have suggested that up to 130 billion face coverings are used each month globally, meaning that over three million face masks are thrown away each minute. Many of these, scientists say, are the blue surgical masks that contain plastic fibres and therefore are not biodegradable, thus resulting in small bits of plastic entering our eco-systems.

At the beginning of April, UK high-street retailer Wilko partnered with ReWorked and Scan 2 Recycle in order to combat the large amount of single-use personal protective equipment (PPE) being thrown into landfill.

The #ReclaimTheMask campaign allowed shoppers to dispose of their face masks in recycling bins in over 150 Wilko stores across the country. ReWorked says that the campaign has, so far, been “very successful” and will continue until the end of June.

In previous years, the UK has seemingly done a lot to make recycling the norm. Since 2015, the country has doubled the amount of plastic packaging recycling in an attempt to reduce so much non-biodegradable waste from being thrown away.

However, ReWorked fears the pandemic might have undone all of that hard work. The company told us, “You only have to walk around the corner from your home, and I can guarantee, you’ll see at least one disposable mask on the side of the road”.

Jerome Saint Marc, Wilko’s chief executive officer, said the company was “thrilled” to be “the first on the high street to take positive action, recycling discarded face masks on behalf of our customers”.

One concern some might have about recycling protective equipment is that those handling the waste might risk catching the virus from surfaces potentially contaminated with covid. However, according to ReWorked, recycling tests and face masks is no more dangerous than “processing plastic bottles”.

The company says that every item that’s brought to them is currently treated in exactly the same manner. “A bottle, a piece of clothing or a toy could all have Covid on it”, Glazzard said. For them, tests and face masks are no different to any other waste.

All recycling is put in a 72-hour quarantine before being washed, shredded and melted into durable boards. The company currently uses these boards in outdoor furniture, and turns some into recycling bins, in order to collect more covid waste.

Recycling needs to become the norm once again

Whilst this might be a great feat of technology and use of initiative, if we are to overcome this post-pandemic plastic fallout, much more consideration must go into how we fight back. Where people might have refused to buy a single-use bag at the supermarket before the pandemic, now, for many, throwing away a face mask isn’t thought about twice.

Tom is a multimedia journalist based in Leeds, currently studying digital journalism at Leeds Beckett University. He’s interested in all things politics and social affairs, and hopes to make even the smallest of positive changes to society through journalism. When he’s not writing, Tom is usually to be found reading a book with a cup of tea!