The 1893 Featherstone Massacre in Yorkshire resulted in the deaths of two young men, after the largest industrial dispute Britain had ever seen 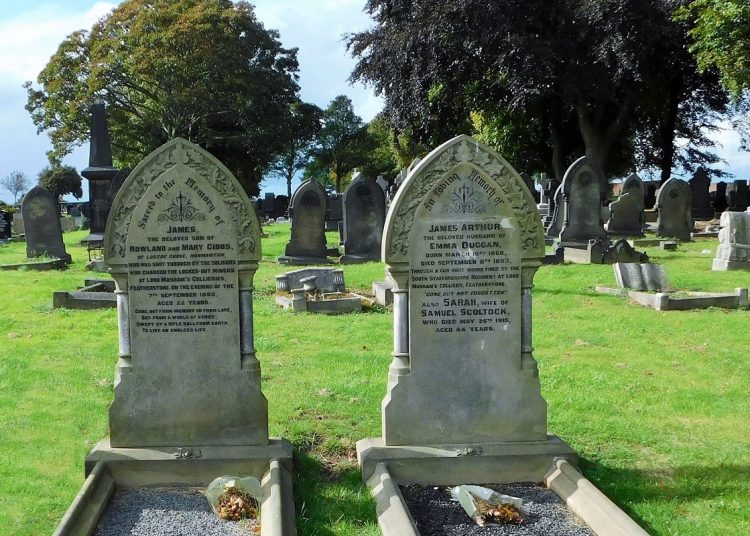 The gravestones of the two men killed in the Featherstone Massacre: Gibbs and Duggan.

Last Sunday was the 38th anniversary of the start of the miners’ strike, a dispute that still evokes passion and anger in former mining communities. 1984 wasn’t the first time that the miners had been forced to take industrial action. Some 81 years earlier an equally bitter, divisive and in the West Riding of Yorkshire, violent dispute had occurred, drawing in miners from many parts of the country.

At the end of July 1893, the largest industrial dispute Britain had ever seen began, when over 300,000 miners in the federated district stopped work. Yorkshire miners in particular played an important role in the lockout – or strike, depending on your point of view, which was the first major trial of strength that the Miners’ Federation of Great Britain had to face.

The federation was founded in 1889 to represent and co-ordinate the affairs of local and regional miners’ unions whose associations remained largely independent. Yorkshire’s miners played a leading and significant role in the dispute which was not surprising since the colliers of the West Riding had taken a leading part in the federation’s formation, and the Yorkshire Miners’ Association was a very strong and active union.

The cause of the stoppage was that there had been a significant fall in the price of coal and a demand by the pit owners that miners accept a 25 percent cut in their wages, something that was resisted by their federation who demanded a ‘living wage’. There were very few moments of violence, with the Barnsley Chronicle of the time stating:

“The state of affairs is the quietest ever known in such a lockout. The men are walking about spending their time as best they may, but always quiet and orderly”.

Featherstone Massacre in the West Riding

In the West Riding however, something changed and violent incidents began to take place, with the International Review of Social History writing that it “plunged many of the mining districts into a state of anarchy and mob rule”. The catalyst for this change was possibly the decision by colliery owners to bring in external, non-union labour to move their coal.

The watershed moment in the dispute was at Featherstone, when two miners were shot dead by the army. The Featherstone Massacre, as it was labelled, took place on 7 September 1893. Rumours had begun to circulate that coal from Ackton Hall pit, owned by Lord Samuel Cunliffe Lister, was being loaded onto wagons and then taken to his Bradford Mill. Miners began to gather at the colliery.

A police presence at the mine was notable only by their absence as many officers had been drafted to the St Leger race meeting which was taking place at nearby Doncaster. Troops from the South Staffordshire detachment were despatched by rail to the pit. Bernard Hartley, a local magistrate read the Riot Act during which he was pelted with stones. Historian Robert Neville writes that it was the arrival of the troops that turned the atmosphere sour with “the sending of troops being a real provocation”.

According to witnesses, the troops fired shots over the heads of the miners at around nine o’clock but later, shortly before ten o’clock, one section of the detachment fired two volleys. 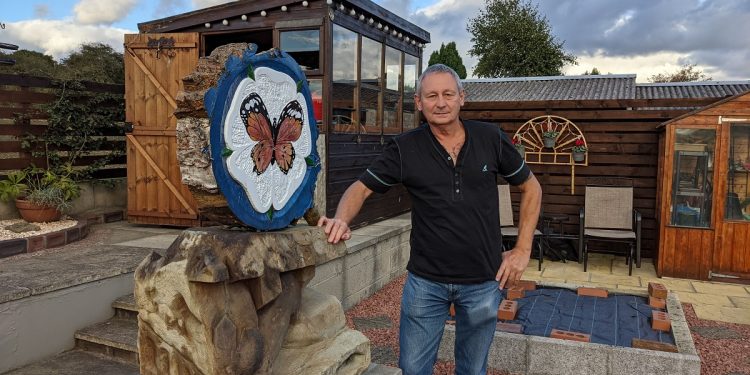 The Manchester Guardian wrote in September 1893:

“So far as could be ascertained seven of the mob were hit. James Gibbs, of Loscoe, was shot through the breast, and expired. James Duggan, knee shot away, died yesterday”.

At the inquest several days later, the jury refused to declare that Gibbs’s death was either legal or justifiable but stressed that the dead man had been a peaceful character who had taken no part in any riotous events. The jury stated:

“James Gibbs was killed by a bullet wound inflicted by soldiers firing into a crowd … and since James Gibbs was a peaceable man and took no part in any riotous proceedings the jury record their sympathy with the deceased’s relatives and friends”.

Duggan’s death, however, was considered lawful.

No further demands for pay cuts

The federation eventually accepted the gradual return to work among miners who were able to do so at their old pay rate, and by the end of October, the number of locked out workers was down to 87,000. The mine owners reduced their demand to a 15 percent wage reduction, which was refused by the federation.

At a conference in early November, the federation demanded that there were no cuts in wages, and that a board of conciliation be formed to settle future disputes. A second conference was organised, chaired by Lord Rosebery, which agreed a board of conciliation and a return to work with no cut in wages, and for no cuts to take place before 1 February 1894. Having won their demands, on 17 November, the miners returned to work.

By February 1894, the price of coal had risen, and so the two sides were able in July to agree to a 10 percent pay cut. The board of conciliation however did not last long and collapsed in January 1896 when mine owners demanded further cuts.

Although all this happened some 130 years ago, it is still far from forgotten. In 2020, Labour and Scottish National Party MPs tabled an early day motion that which read:

“That this House remembers the atrocities which took place in Featherstone, West Yorkshire on 7th September 1893; notes with sadness the 6 injured and two killed, named James Gibb, 22, and James Duggan, 25, after the army was ordered to fire shots into a crowd of miners and their families, who were fighting against a 25% cut in pay which would have plunged so many into poverty, whilst the coal owners tried to squeeze out more profits; highlights that the historic struggle for workers’ rights and fair pay is part of the rich tapestry of British working class history; and this House seeks to continue to learn the lessons of imposing poverty pay, unfair working conditions and even violence on working communities, especially in light of the recent covid-19 pandemic.”