The top-down approach to decisions about lockdown taken by Boris Johnson and Robert Jenrick, has fuelled anger in the North. 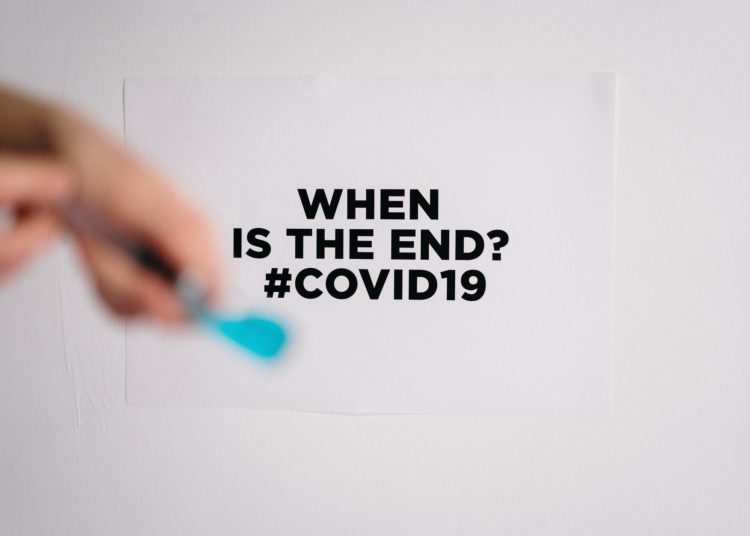 It’s time to take back control, before it’s too late.

The sense that something is being done to us, not by us and not even for us, and the anger that this imposition evokes, is palpable today in South Yorkshire. As George Monbiot said in the Guardian, “if you are not incandescent with rage, you haven’t grasped the scale of what has been done to us”.

Monbiot was referring to track and trace and the monumental waste of taxpayers’ money on a project that seems to have favoured the lining of shareholders’ pockets over community health. It is this scandalous failure, along with the introduction of the Tier 3 lockdown across much of the North, which has angered so many. The over-centralisation of the pandemic response is now both hard to fathom and clearly not working.

The top-down approach to decisions about lockdown taken by Boris Johnson and the secretary of state for housing, communities and local government, Robert Jenrick, has fuelled anger in the North. This anger is being stoked by the imposition of lockdown measures, as well as the absurdity and confusion of rules that even the top scientists say will not work. These rules mean I can’t have my grown children around for a socially distanced visit in the garden, but I could go to the pub and spend hours chatting to my husband in a room crammed full of strangers, all breathing the same air.

The decision to put South Yorkshire into Tier 3 raises so many questions, not least because the evidence-base for these measures is lacking. This has left the government open to accusations that their decisions are actually politically driven. According to the Nottingham Post, the city of Nottingham remains in Tier 2 despite having the highest rate of new Covid-19 cases in England. Some 2,237 new cases were recorded there in the seven days to 16 October – the equivalent of 672.0 cases per 100,000 people. By contrast, the latest available data for Sheffield reveals there were 406 cases per 100,000 people over the same period, down from 467 the week before.

It is hard to find any scientific justification for the imposition of Tier 3 across the whole of South Yorkshire, when the numbers are down in Sheffield and flattening in Doncaster. Some local additional measures may be needed – Barnsley has gone from 254.0 to 388.9 cases per 100,000, with 960 new cases – but that does not require impositions at a regional level. Given the proximity of Robert Jenrick’s constituency to Nottingham, you can draw your own conclusions.

Dan Jarvis, the mayor of the Sheffield city region, is also a Barnsley MP. He has been leading the negotiations with the government for the last three days. Yet the overwhelming feeling today, as the Sheffield Star reports, is that this was a ‘take it or leave it’ deal, with little real negotiations. The leader of Rotherham Council, Chris Read, told BBC News that, “the government already had a template of measures and funding in mind” and there were “no meaningful negotiations with local leaders”.

From midnight on Friday, 1.4 million people in South Yorkshire will join Greater Manchester and the Liverpool city region in a Tier 3 lockdown. The government has provided a £41m additional support package, but how far this goes to helping those who most need it is questionable.

Reaction from local businesses has been predictable and very understandable. The Campaign for Real Ale (Camra) told BBC News that these latest restrictions would be “devastating” for businesses in Barnsley, Doncaster, Rotherham, and Sheffield. But it is not just the bars and restaurants that will be devastated. Supply chains will also be cut off, with these businesses receiving nothing in compensation. And while shops may well stay open, they will no doubt suffer when the advice is not to travel and certainly to avoid public transport.

Where businesses will suffer, so too will those whom they employ. As I wrote on Monday, Tier 3 now means that those employed in businesses forced to shut will receive two-thirds of their salary (up to £2,100). The problem is that the businesses most vulnerable to lockdown in hospitality and retail tend to pay minimum wage or just above. Try living on two-thirds of a basic wage.

This is a huge issue for South Yorkshire, where over 8 percent of the working population have no formal qualifications, including many in the hospitality industry. What do these people do in the face of this pandemic? Similar jobs are hard to come by, given the blanket restrictions, and retraining can be difficult, costly and time consuming – certainly not something to be done in an emergency.

The editor of the Sheffield Star took to Twitter to express concern for those most financially vulnerable:

This strategy will inflict considerable pain, and is based on the presumption that Tier 3 restrictions will work and that there is an exit strategy in place. Yet earlier this week, the chief medical officer, Chris Whitty, told us that the highest level of restrictions in England’s new three-tier local lockdown system “will not be sufficient” to slow Covid-19 infections alone.

Many questions confront those of us subjected to Tier 3 restrictions. What happens if this doesn’t work? How long do measures have to be in place to determine whether or not they’ve worked? Is there an exit strategy and has this been discussed with local leaders? We are left, once again, with a government that lacks answers, lacks a strategy, and lacks any interest in meaningful dialogue with local leaders.

As the Labour party leader Keir Starmer said at today’s Prime Minister’s Questions: “Tier 3 is the worst of all worlds. It brings significant economic harm without bringing the virus sufficiently under control enough to exit Tier 3. Instead of being a solution, Tier 3 is a gateway to weeks and weeks, if not months and months, of agony from which there’s no exit”.

Given the way this has been handled it is vital we get a say on whether and how we come out of lockdown. Henri Murrison, director of the Northern Powerhouse Partnership, today highlighted how “it’s important we get confirmation from the government that local areas will have the decision over whether to lift restrictions, if after four weeks they’re proving ineffective”.

This is no doubt going to be centre stage at tomorrow’s Great Northern Conference organised by the Northern Powerhouse, which couldn’t be more timely. It will be an opportunity to debate how best to grow the economy, and develop opportunities in a sustainable and meaningful way across the North of England, says the blurb. The reality is that as we hurtle towards a no deal Brexit in the middle of a deadly pandemic, saving lives and saving the economy is what we need to concentrate on. Tomorrow gives us an opportunity to tell our northern politicians, business leaders, and influencers: “Take back control. Before it’s too late”.