I’m working-class and I’d like to stay that way. 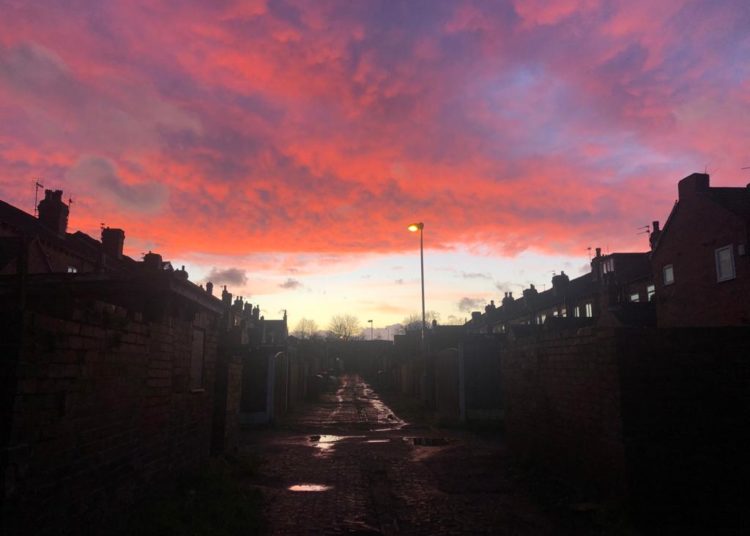 Looking across a smoky room at my Nanna buffing the dance floor of our local working men’s club, St. Johns Terrace. Sodden beer mats, cheesy eighties music on repeat. This is her third job of the day.

This is one of those stand-out memories from my childhood; that and summer holidays packed into my Nanna’s council house with countless cousins, days spent playing ‘kerby’ and making slingshots out of dolly pegs, and begging to be the one who gets to go to the shop when Nanna shouts:

I had never thought that having ‘leccy on’t meter’ wasn’t the norm until I went to university.

I had always felt an overwhelming need to do well and succeed, a product of supportive parents who were desperate for me to grasp the opportunities they had been denied. But along with this determination came a weight of wanting and needing to support those I love. Securing a place at university felt like the ticket to success. I soon learned that this was not the case.

At university, I found that where I came from and my class became, to some, my defining characteristics. Before going I had believed that it would be the place where I would thrive, yet I found myself in a position where that only felt possible if I changed myself to fit the mould. It was at this time that things I had never even considered to be substantial about my background became a novelty to some of my peers, something to be sneered at.

After being told by a tutor that I would go further and be more employable if I changed my accent, I concluded that university was not a place for someone like me. I tried to speak more clearly and fake interest in things I did not understand. But I graduated and believed that would be the start of this ‘new and better’ life I had always believed a university degree would unlock.

After so many years doing what I was told was ‘the right thing to do’ in order to get out of my town, I came to the realisation that social mobility is a cruel myth. There is no ‘aspiration deprivation’ where I come from, in the people I know. The reality is that if you’re a working-class person in Britain you have to change who you are in order to succeed in many elite professions. Meritocracy is only rewarded if you fit the middle-class mould.

As I stand at the beginning of a long uphill slog to break into an elite industry, I’m left wondering whether organisations really do want to diversify their workforces to encourage change, or if they just want to tick the diversity boxes. It appears the door is left ajar to those who appear diverse but don’t act any different to the status-quo. This leads to a reproduction of the same narrow set of beliefs and insights.

It is not just working-class women like me, who are at the start of their careers, who feel this sense of being ‘other’ – Nicola Sturgeon, when talking about imposter syndrome said:

“I don’t think there’s a woman alive, particularly working-class women, who don’t experience that at some point in their lives, and probably quite regularly.”

The frequency with which imposter syndrome occurs for many working-class people suffocates their ability to thrive. While the need to succeed is still deeply engrained within me, there is equally a fear of success: why would I want success if that requires me to change fundamental parts of who I am?

Stepping out of my bubble and going to university made me realise that attending one does not change a person’s class. Having a degree does not shield you from going on to face further class-based discrimination. Some people have told me in the past that classism does not exist in Britain, but I now know that that conclusion can only be drawn by those who have lived in a privileged position.

Today I’m living back home in the working-class, ex-mining town in the North of England where I grew up, and I see it very differently to how I did before. In order to be what society deems as successful as a working-class person, you have to up and leave your home and abandon that part of you. I don’t want to conform to that idea of success.

It is important that young working-class people have role models that epitomise success without being made to sacrifice elements of their working-class roots. While there are some working-class individuals paving the way, these are few and far between. Such role models should exist not only for white working-class boys, but also for girls and ethnic minority groups who often suffer the most. Academia and elite industries should not tokenise minority groups; they should adapt themselves to become accessible for everyone, from all backgrounds – not just those willing to mould themselves to match the white middle classes.

By wanting to retain my working-class roots I am by no means romanticising what it means to be a working-class person in Britain today. In 2019, it was reported that 4.2 million children were living in relative poverty in the UK. I hope that this next generation is able to realise their full potential in an environment that doesn’t require them to abandon part of their identity in order to do so.