Kirklees Council has recently agreed to build a new library in Birkby, just outside Huddersfield. I cast my eyes over the council report and saw some positives on the environmental standards. 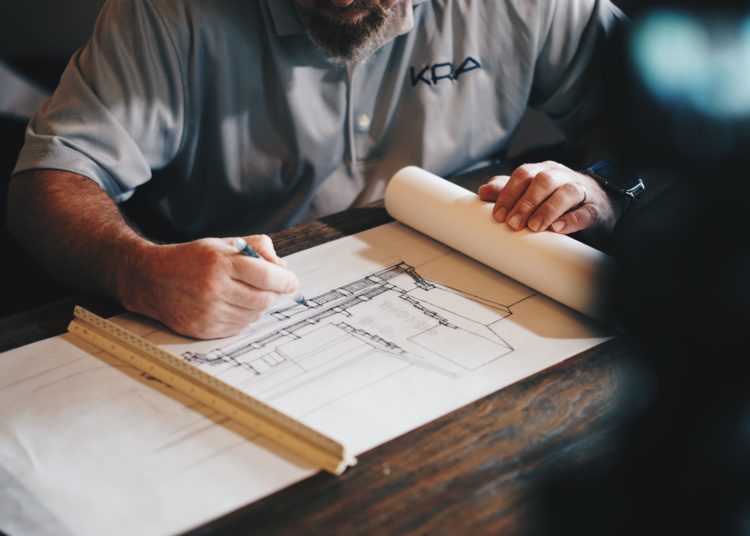 Photo by Daniel McCullough on Unsplash

Kirklees Council has recently agreed to build a new library in Birkby, just outside Huddersfield. I cast my eyes over the council report and saw some positives on the environmental standards. It said they would incorporate an air-sourced heat pump and a sustainable urban drainage system, but the big downer was when the report proudly stated “the new library will comply with Building Regulations Part L”. This was a disappointing statement because of course it will comply with building regulations – it is the law after all – but also because it shows that Kirklees will not be seeking to build to a higher energy efficiency standard than the minimum standard that part L represents.

National policy drivers on energy efficiency standards are not strong. Just as we are leaving the EU the Energy Performance in Buildings Directive comes into force in EU states. This commits EU member states to only build near-zero-energy buildings from 31 December this year. The UK, of course, is no longer a member of the EU and as such these new higher building standards do not apply to us. Such a great shame.

A few weeks ago, the government announced its new planning white paper, ‘Planning for the Future’. To the dismay of many, the government announced that the UK would not specify new zero-carbon buildings in building regulations until 2050. There was some hope when it said that by 2025 it expects new buildings to produce 75–80 percent fewer emissions than current levels.

That would be encouraging if buildings that were supposedly built to high energy-efficiency standards performed as well on carbon emissions as expected, but unfortunately there is the well-researched phenomenon of the energy performance gap showing ‘low energy buildings’ using much more energy than expected. The good news is that buildings constructed to the Passivhaus standard perform pretty much as advertised.

It’s the quality assurance approach used by Passivhaus builders during design and construction that ensures the building’s energy performance does what it says on the tin. So why aren’t we specifying Passivhaus for all public sector projects? Of course, cost and perceived cost is a big part of the reason. Given the relatively limited application of Passivhaus techniques in the building sector, the costs given by traditional builders are often inflated as they will have to buy in expertise.

That said, the Passivhaus Trust reckons that the increase in capital costs is between 4 percent and 8 percent. When saved energy costs are applied as part of a whole-life costing approach, the cost of building to Passivhaus standards is 2–5 percent cheaper according to a 2014 report by Encraft. So any council building for its own use should specify Passivhaus, to reduce the revenue burden of ongoing and possibly rising energy costs. Likewise, if a council is building social housing, it should specify Passivhaus to reduce the energy costs burden on low-income householders and to ensure they don’t fall into fuel poverty.

Where the supply chain is good and you have knowledgeable architects working on the project, costs can come down considerably. Wolverhampton Council employed Passivhaus architects Architype to build three schools that ended up costing no more than a standard build. Encouragingly, the recently appointed director of climate change and environment at Kirklees Council has come from Wolverhampton and was involved in these projects.

So, to achieve high energy-efficiency standards in public sector building projects I’m proposing that the new West Yorkshire Mayoral Authority establishes a Green Building Fund that all West Yorkshire councils will be able to draw on, to deliver high-standard energy-efficient buildings. This will help drive up capacity and capability in the region. We don’t necessarily have to specify the Passivhaus standard but could instead focus on the outcomes we want to see. Specifying buildings that deliver 0.6 air changes per hour at 50 pascals air pressure would be such an outcome. That’s what an air pressure test on a Passivhaus home should deliver, but if another method can deliver the same result then why not?

I would expect the West Yorkshire Mayoral Authority to offer to cover about 5 percent of any additional build costs for the first five years to give confidence to councils to specify higher standards in their tender documents. This uplift subsidy should then taper in subsequent years as constructor confidence grows.

As skills and familiarity with the construction methods rise, so costs should come down. With the public sector doing the heavy lifting this should give the private sector the confidence to invest in building back better.

In parallel to the Green Building Fund significant investment will be needed in education and skills, particularly in architecture and construction, to deliver the future built environment that we will all need to deliver a sustainable future.

Now that’s worth investing in!

Andrew Cooper is a councillor on Kirklees Council and is the Green Party candidate for West Yorkshire Mayor in the May 2021 elections.

A tale of two countries: a comparison of Trump and Johnson’s pandemic policies