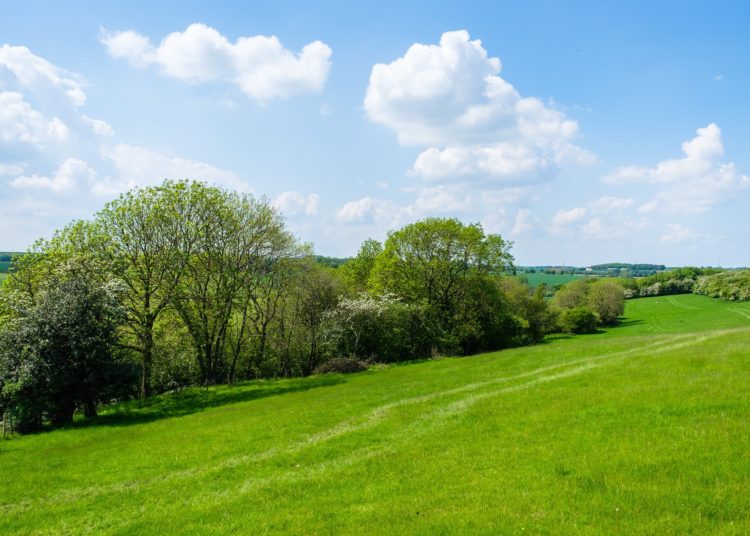 Now idyllic and peaceful, the pastures and cultivated fields that form a plateau between the villages of Towton and Saxton, south of York were once the scene of what has been called the bloodiest battle in English history. Some 560 years after it took place, the Battle of Towton still holds a fascinating place in the country’s collective memory.

The lead up to the Battle of Towton

Both houses traced their origin to the sons of Edward III of the House of Plantagenet, who ruled from 1327 until 1377. The Yorkists descending from the female relatives of Edward’s second and fourth sons, and the Lancastrians being related to Edward’s third son, John of Gaunt.

By 1461, the Lancastrians had killed Richard, Duke of York and Richard Neville, the 5th Earl of Salisbury at the Battle of Wakefield, and had been victorious at the Second Battle of St Albans.

Salisbury’s son, Richard Neville, the 16th Earl of Warwick, known as Warwick the Kingmaker, controlled London and had proclaimed the eldest of York’s sons as King Edward IV.

Edward decided to take the important move to march north to inflict a final and decisive defeat on his rival, King Henry VI. Henry though was a peace-loving and religious man and placed the military decisions in the hands of his Queen, Margaret of Anjou, and her main military tactician Henry Beaufort the Duke of Somerset.

The battle of Towton

By the spring of 1461, both sides had assembled large armies and were determined to deal each other a final and decisive blow, with the leaders having previously made an informal agreement that the battle would decide the conflict. The armies moved towards each other, the Lancastrians from the north and the Yorkists from the south, meeting just outside the village of Towton.

The battle itself took place on a bitter Palm Sunday, 29 March 1461 in blizzard conditions.

Contemporary sources estimated the death toll for the battle to be in the region of 25,000–35,000.

These extremely high figures have been disputed, but there is no escape from the savagery and bloodshed of the engagement. It has been calculated that at one point the Yorkist archers were firing upwards of 100,000 arrows per minute.

At one point in the battle though it looked like the Lancastrians might be gaining an advantage until the very timely arrival of the army of John Mowbray, the 3rd Duke of Norfolk, an ally of the Yorkists, on the Lancastrian flank.

Despite putting up fierce resistance, the Lancastrian army finally collapsed after ten hours of gruelling combat.

It was alleged that many more were then killed during the rout that followed with many men drowning in the river, often being trampled on by their own men as they fled in panic and terror pursued by Yorkist troops.

Archers showed no mercy and rode to high ground and bombarded the fleeing Lancastrians with arrows, with bodies piling up in the terrible and brutal conditions.

In the aftermath of the battle, the victorious Yorkists established Edward IV as the sole king of England. Although fighting continued for many years, and the Lancastrians were briefly restored, the Yorkists essentially retained control of the throne until the arrival of the Tudors in 1485.

Towton and the surrounding area is now thankfully much more peaceful, and there are several fascinating walks telling the story of the battle.

You never know if you might just stumble upon an archaeological remnant of this most famous of battles.