This move is generating a reaction from those who urged the government to move faster and earlier, to those fearing further restrictions 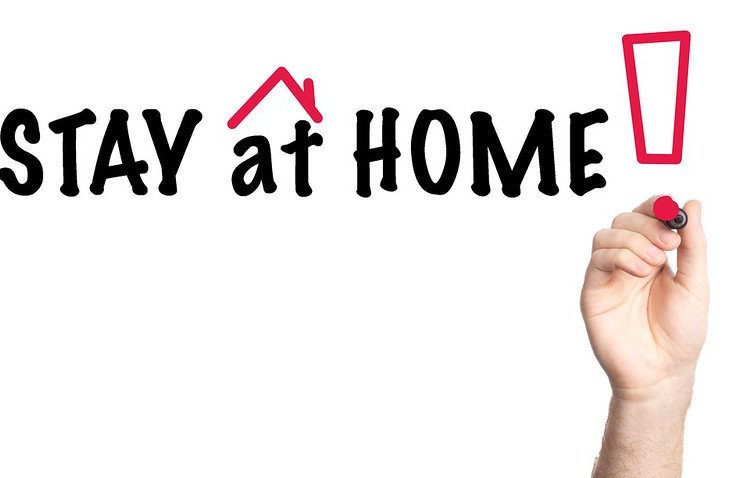 Stay at Home by focusonmore.com is licensed under CC BY 2.0

Today’s news that Downing Street is understood to be considering a month-long form of lockdown is no big surprise. But this latest move is already generating a reaction – from those who urged the government to move faster and earlier, to those who do not want to see further restrictions for fear of untold harm to the economy.

To the many people who are already enduring some form of restrictions, there also leaves a question about what those last few weeks were for. How must Andy Burnham be feeling today? Why on earth put him, and fellow Mancunians, Liverpudlians and others through that charade a few weeks ago? As for those areas who have had some form of restrictions since July, and little movement on the virus, there must be despair.

The why-has-it-taken-so-long-to react camp must include Sage (scientific advisory group for emergencies) who recommended that the UK government impose some form of circuit breaker five weeks ago. However, this did not come to light until the minutes of their meeting on 21 September were put on the government’s website on Monday 12 October. The media were quick to jump on the fact that the circuit break now seemed to be between the government and their own scientific advisers.

“Documents have revealed the UK government did not follow the advice given to it by scientists as coronavirus cases began to surge”, reported the BBC. According to Sky News at the top of a list of measures to be considered for “immediate introduction” by Sage was a short period of lockdown, but as the Guardian commented, ministers ignored their warnings. This was despite Chris Whitty, the chief medical officer, making it very clear at the press conference on Monday 12 October that even the toughest curbs would probably not contain the spread of the virus in the worst-hit areas.

As recently as yesterday, the government seemed to be in some form of denial about the scale of the problem, with Dominic Raab telling BBC’s Radio 4 Today programme that the “overwhelming scientific advice” to the government was that local lockdowns were “the right way to go”.

This pronouncement had all the hallmarks of a Chris Grayling announcement about ferries or the probation service. You just knew something was coming. And come it did, in the form of Friday night briefing (leak) to several of the government’s favoured newspapers, suggesting that a national lockdown is now being considered. This seems to be the government’s preferred channel for message testing its plans and informing the country (rather than parliament) about what is going on.

As a sweetener, Steve Swinford, deputy political editor of the Times, took to Twitter last night to announce that Boris Johnson was preparing to introduce national lockdown restrictions from next Wednesday.

It is obvious that the analysis from the Joint Biosecurity Centre, presented to Boris Johnson on Thursday, was bleak. According to The Times, the new NHS data left the prime minister and other ministers “feeling like there’s no choice”.

Gloomy it is. On Friday, the UK recorded 24,405 new cases of Covid-19 and 274 new deaths. Official government documents, seen by the BBC, make the case clear for further action. One of those documents shows that “median peak infections are projected to be 50 percent to 150 percent greater than those in the first wave, worse than anything estimated at any point in the current Reasonable Worst Case Scenario”. One of the models even suggests deaths at 4,000 per day, if nothing is done.

A separate document seen by the BBC suggests that even if the Nightingale hospitals are used, and all non-urgent procedures are cancelled, the health service would not be able to accept any more patients by Christmas. The Yorkshire and Humber region appears to have more capacity than some others (the South West and North West have least capacity), but despite this we will run out of bed capacity by Christmas (based on reducing non-Covid bed capacity by 50 percent).

The details about what this national lockdown looks like are sketchy, though an announcement is expected tonight, which may offer more information. This lunchtime, the Bradford Telegraph and Argus were reporting that it is still to be finalised, but it is likely everything will be closed except essential shops and education facilities, including nurseries, schools and universities. Tougher measures for the most affected regions are also being considered.

Boris Johnson certainly has a lot in his plate, which potentially includes a large portion of humble pie. On 13 October, the leader of the opposition, Keir Starmer, took to Facebook to say directly to the prime minister, “You know that the restrictions you have introduced won’t be enough and that a circuit breaker is needed now to get this virus under control. You can’t keep delaying this and come back to the House of Commons every few weeks with another plan that won’t work. So act now. Break the cycle. If we don’t we could sleepwalk into a long bleak winter”.

We have to hope that the delay from the time Sage made its recommendations on 21 September until now – that’s over 5 weeks – was done for the best of intentions. But if, and this is a big if, Johnson’s reluctance was mainly due to the fact that Labour was calling for exactly this response two weeks ago, then it is truly shameful. It is in fact more than that – it is a national tragedy.

All we can now do is sit and wait to be told what to do. We have to trust in these most dire of times that the government knows what it is doing and is acting in our best interest. We have to trust the scientists and the policy makers and our government. Frankly, that’s a big ask.