These are practically identical to the panels that were the principal cause of flames spreading up, down and around Grenfell tower. 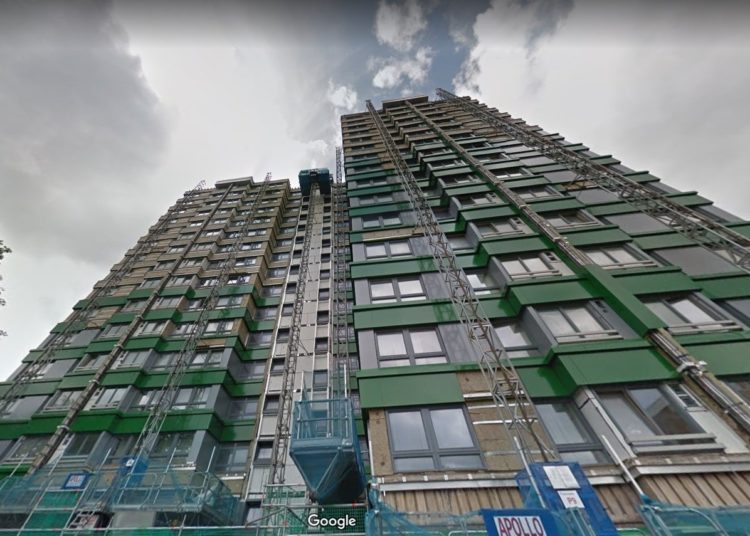 After the horror of the Grenfell fire in June 2017, senior Sheffield Council officials moved quickly to reassure tenants that all its tower blocks were safe. They soon back-tracked after plastic cladding on Hanover Tower in Broomhall failed fire safety tests. This was a shock to residents and, apparently, councillors. Sheffield Council quickly gave a commitment to remove the dangerous cladding.

We now know that Hanover Tower was clad in panels made of 3mm of polyethylene plastic, coated with a fine skim of 0.5mm aluminium on each side. These are practically identical to the panels that were the principal cause of flames spreading up, down and around Grenfell tower.

The council promised an investigation, to be led by the council’s own head of housing investment and maintenance. The director of housing said, “we will not rest in getting to the bottom of this matter.” Hanover residents were told, “we need to look at every stage of the sign-off process for the works. Once we have the information we will take action against the contractor or [Sheffield Council] staff.” Sheffield’s cabinet member for housing at the time, Councillor Jayne Dunn, stated, “they took a piece of cladding to the tenants at a consultation and they didn’t put that up. That was the cladding that we asked for. That was the cladding that we were told was on the building”.

Cllr Dunn’s comments reflect the fact that both residents at the consultation and elected councillors on the planning committee had all been told about solid ‘aluminium’ panels. One of the residents described being shown examples of 3mm solid aluminium, retained by the residents association.

The planning committee met in 2010, just six months after the deadly tower block fire at Lakanal House in London, where six residents died. Fire safety concerns were raised and the planning committee explicitly requested that a further fire risk assessment be undertaken “before the development is commenced”. It appears this was never done. Although a fire risk assessment was put onto the planning file, this related only to interim measures seen at a previous site visit and did not address the proposed design of new cladding.

Public scrutiny ended with the planning committee. Almost immediately after that, the first records appear, amongst documents now disclosed, of council officers referring to the use of ‘Alucobond’, the plastic-filled cladding that was eventually used. This is the key to understanding the question, “who authorised the use of combustible cladding?” Correspondence shows that numerous officers in housing management, the council’s design team, architects, building control and planning officers, as well as the fire service, contractors and sub-contractors were all aware of the planned use of Alucobond but no-one raised the question of fire safety.

Over three years after the investigation was first announced, we now know the contractors merely did what they were told: it was the council’s own staff who specified the use of plastic cladding, despite residents and elected councillors being told otherwise.

This makes it difficult to have confidence in an internal report carried out by council staff. The council’s report is framed as if the main issue was to discuss the nature of theoretical legal claims against contractors. Even though the council instructed external solicitors and experts in February 2019, this only took place after the council had decided that no legal claim would be made against the contractor. It therefore suggests the only aim was to protect council staff.

It is unclear why this took over three years to come to light when the information must have been held by council staff all along. Given that the report states it is “not an investigation into the actions of the council,” it is hard to believe the assertions that the council acted “swiftly and with integrity” or that it will “strengthen confidence in the council”.

Residents and councillors were misled by their own staff. The Sheffield street trees fiasco eventually exposed a culture of lies and cover-up. The council leadership must now take firm action to address this obvious whitewash of a situation that could have been a Sheffield Grenfell.

Douglas Johnson is a Green Party councillor in Sheffield. An alternative report on the Hanover Tower situation is available via the Sheffield Green Party website.