Sheffield Council needs to move beyond big climate targets and to get to grips with the detail, starting with its planning for net zero 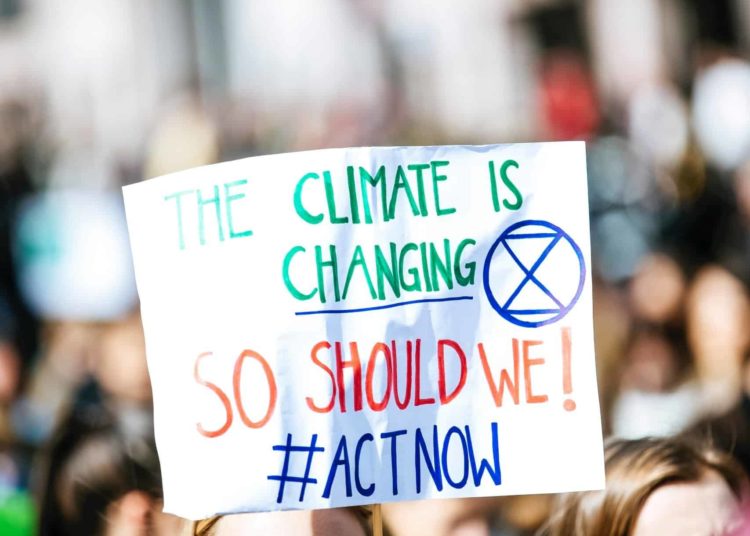 In what is often characterised as a slow news month, the UN IPCC’s bombshell climate report dropped this August. The report underscored again the need for urgent action, with the backdrop of record temperatures and biblical-scale wildfires in Greece and California adding further to the sense of emergency.

My own neighbourhood of Fulwood in South-West Sheffield, extends across Peak District moorland which has itself been witness to some spectacular fires, though thankfully nothing on the scale of Greece and California.

Locally, Sheffield Council has shown some leadership on the issue of climate change in recent years. From declaring a climate emergency in 2019 to committing the city to becoming net zero by 2030 later the same year, the Labour-led council scored well on establishing ambitious headline targets.

Beyond the targets, the council commissioned a report by engineering consultants Arup, to set out a pathway to achieving net zero. The report was released earlier this year. It specifies the different the sources that make up Sheffield’s greenhouse gas emissions and, moreover, it lays out a detailed roadmap of changes that we must take to get Sheffield to net zero.

Back to Fulwood, and a short walk from its centre brings you to a new development. The site of former NHS offices has been considered for redevelopment for some time and – around the time it commissioned the Arup report – the council granted outline planning approval for development of at least 160 homes.

On the face of it, the development is good news. We need to build new homes and, like many local authorities, the council is under pressure to do just that. Added to that, it’s a brownfield site with services already in close proximity. In many ways, the development ticks a lot of boxes.

But here’s the thing: dig into the small print on the approval and one condition jumps out: a minimum of 10 percent of the predicted energy needs of the completed development should obtained from decentralised and renewable or low-carbon energy. (Alternatively, a fabric-first approach can be used to offset an equivalent amount of energy).

And that’s where things start to feel less joined up.

Domestic sector is the largest contributor to Sheffield’s emissions

In the Arup report, the domestic sector was identified as the single largest contributor to Sheffield’s emissions. Energy use in our houses and direct emissions through heating and cooking in particular, are the most problematic areas.

In that context, 10 percent is clearly inadequate. Sheffield, like many cities, already has a huge task in retrofitting its current housing stock to net-zero standards. It makes no sense to add further to this monumental problem by building new developments that will subsequently need to be converted.

Such a course of action would impose unfair and unnecessary costs on those new homeowners. And it will inevitably impose unnecessary additional costs on all of us if, as likely, public money (our money) is made available to help with conversions. Plus, any additional emissions between now and 2030 will simply increase the scale of the problem.

Sheffield’s local plan may be the solution

There are similar-sized and larger developments underway all over the city – the iconic Hallam Towers Hotel site is an obvious case in point. And applications continue to be granted – as recently as last month the council approved a 77 residence block in Birley Lane across the other side of the city, again with the 10 percent energy requirement. Continuing to build in a way that is inconsistent with the council’s own climate targets is a failure that we simply can’t afford.

One place to put this right might be in the Sheffield local plan. The latest version is currently in draft and will determine how development take place in Sheffield up to 2038 – eight years beyond the target date for net-zero. Those drafting the plan might also consider adding a requirement for all new builds to contain mounted solar panels. This, again, is in the Arup report but is conspicuous by its absence in ongoing planning applications.

Nationally, the previous Labour government had introduced a legal requirement for all new homes to be net zero by 2016, but the plan was scrapped at the last minute by the David Cameron’s government.

In a vacuum of leadership from national government, large local authorities such as Sheffield Council can and should step up and take the initiative.

Matt is a Labour Party activist based in Sheffield. His interests include politics, climate change and science and he has regularly written freelance contributions on these topics. He worked in financial services for a number of years and holds a PhD in statistics.