It emerged that the number of those testing positive for Covid-19 in Yorkshire had risen sharply. 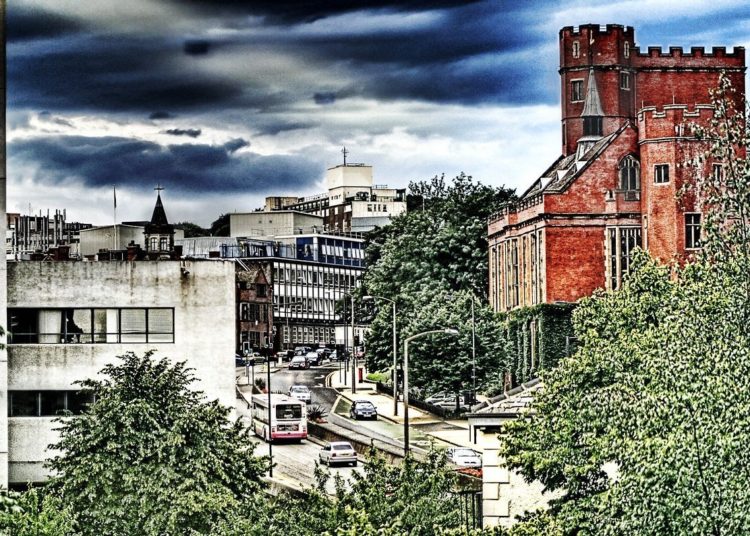 Western bank in Sheffield by Paolo Margari | paolomargari.eu is licensed under CC BY-NC-ND 2.0

As Health Secretary Matt Hancock took to his feet yesterday to explain to parliament, again, what had gone wrong with the government’s ‘world-beating’ system to defeat the virus, it emerged that the number of those testing positive for Covid-19 in Yorkshire had risen sharply.

According to Yorkshire Live, analysis based on Public Health England (PHE) data published on Sunday night shows sharp rises in Leeds and Sheffield, as well as in Newcastle upon Tyne and Nottingham. This will come as no comfort to Leeds residents, who have already been in lockdown since late September.

Somewhat alarmingly, Sheffield’s cases have more than tripled in just one week. A week ago, Sheffield reported 73.5 positive cases per 100,000 people in the seven days up to the 23 September. Yesterday it was reported that there were 287 positive cases per 100,000 people for the week of the 26 September to 2 October, against an average of 52 in England.

Much of this explosion in numbers is possibly due to students returning to the city. An online tracker on the University of Sheffield’s website shows 474 students and five staff members have tested positive for Covid-19, reports the Metro. Sheffield Hallam University recorded 336 cases during the same period, meaning there are 850 confirmed cases of Covid-19 between them. If you do a breakdown of areas where positive cases are most prevalent it is indeed those areas in Sheffield where students tend to live, or where there are multiple halls of residence.

This was confirmed by Yorkshire Live yesterday, which showed a breakdown of the worst-affected areas in South Yorkshire between the 24 and 30 September with the area reporting the highest number of positive cases – Endcliffe and Ranmoor – also having a large student village.

But there are also places on this list, such as Bents Green (where I live), where there are no registered student properties. There are, however, numerous people who work in the health care sector and or in education.

Look at any map of the virus now and there seems to be some sort of spike in cities with students, compounded with suggestions of a North/South split, with northern England having the highest sustained rates of coronavirus infection since mid-April according to the BBC. But that picture is changing. Take, for example, the sudden rise of cases in South Wales, with analysis by the BBC showing Blaenau Gwent as the second hardest-hit area in the UK for the week up to 28 September.

These sudden rises are worrying in themselves. But the acknowledgement yesterday by PHE of its failure to upload thousands of confirmed coronavirus cases onto their system, seems nothing short of criminal. Due to a technical error between 25 September and 2 October, 15,841 cases were not recorded, and therefore contacts not tracked and told to self-isolate.

As Shadow Health Secretary Jonathan Ashworth said yesterday in the House of Commons, this could mean that as many as 48,000 contacts had not been traced and had therefore not been isolating, with “thousands blissfully unaware they’ve been exposed to covid, potentially spreading this deadly virus”.

The blunder – and it is a colossal blunder – appears to have been caused by an Excel spreadsheet containing lab results reaching its maximum size, and failing to update. Apparently, when labs get their results they record them using CSV files, which have no limit on size. PHE then imports the results into Excel, where documents have a limit of just over a million lines. But PHE developers might have been using an old file format to do this – known as XLS. This format can only handle about 65,000 rows of data rather than the one million-plus rows that Excel is actually capable of.

Ironically then, the problem has been there from the beginning. Why it has not emerged before now is possibly due to the number of tests done being lower than the government has claimed to be doing. Boris Johnson’s aspirations with Operation Moonshot to have half a million tests a day was never going to take off with a system this flawed.

“I’ve come to the House to be clear and transparent,” Matt Hancock told fellow MPs in the House of Commons yesterday. Keen to see just how transparent that was, Stella Creasy asked some pointed questions. “We are”, she said, “paying £12 billion to these private companies to run this service and yet there are no penalty clauses for poor performance”. Yes, nodded the rest of the country.

“I think it’s wrong to be picking on the small number of the many cogs in the wheel that we have in this system” said the man who had come to the House of Commons to be “clear and transparent”, before moving swiftly on without a satisfactory answer in sight.

It’s clear that very little is clear or transparent; what’s unclear is whether the government has control over the response to coronavirus. Jeremy Hunt, the former health secretary who now chairs the House of Commons health select committee, needed some reassurance that the problem had indeed been fixed saying, “Is not the underlying problem that the Lighthouse ​laboratories have been, and will continue to be, overwhelmed by demand”. Questioning whether these structures are right for what we have to deal, with he added that, “Sometimes it is tempting to think that, by dealing with the latest problem, we will solve the whole problem”.

Maybe he could have a shot at being secretary of state for health.

So what now, and what other levers can the government pull on to halt the spread of the virus? We have lost a vital week in stopping its spread and there is no vaccine in sight. The current test and trace system is dysfunctional, but – either devoid of ideas for an alternative or due to being ideologically wedded to privatisation – there is a real possibility that the government will extend the contract of Serco, which has been overseeing all of this.

And that will be the huge and gross injustice of all this. However much an individual (close to the government, or indeed in government) messes up, the trend seems to be that there are no penalties for failure. Life peer Baroness Dido Harding has overseen a failure that could lead to illness that could have been avoided, and therefore unnecessary deaths, when from the start health experts were concerned that her appointment smacked of cronyism. Open Democracy reported on 1 October that Serco and SITEL staff have been told to expect more work, despite disappointing delivery of the first five months of the scheme. Shadow cabinet office minister Helen Hayes told reporter Caroline Malloy the government was “pouring taxpayer money down the drain” because of its “addiction to outsourcing”.

It’s hard to see when this will end. All we can say with any certainty is that it is unlikely to end well. In the meantime, some individuals will get very rich, indeed some probably already have. The rest of us have to endure an incompetent government whose handling of the pandemic is now nothing short of scandalous. Stella Creasy spoke for many of us yesterday, holding Matt Hancock’s feet to the fire and asking, “Who is going to get our money back Mr Deputy speaker and where does the buck stop?”