Many of the attractions that they appreciated so much in the town of Scarborough were the work of one very talented man, my east coast hero Harry William Smith. 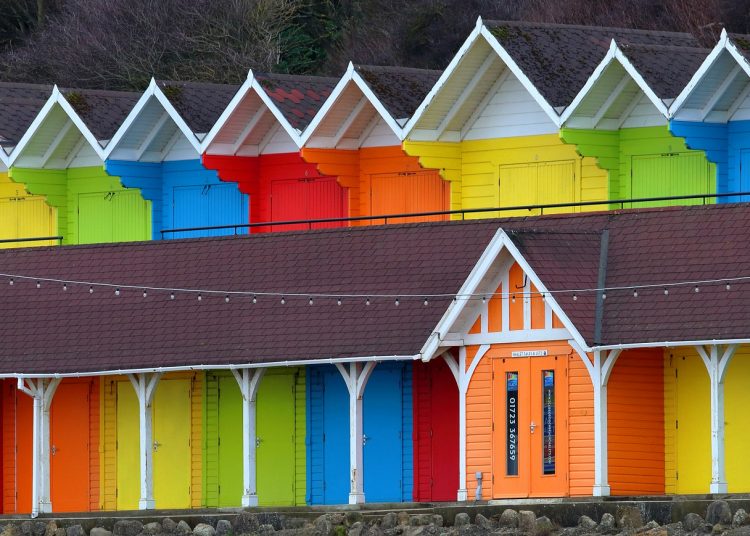 Image by Emphyrio from Pixabay

In July and August, visitors over the last hundred years have begun to make their way to the coast where the town of Scarborough shed its dowdy winter clothing and transformed itself into the Queen of resorts. Little have the holidaymakers and trippers known however, that many of the attractions that they appreciated so much were in the main, the work of one very talented man, my east coast hero Harry William Smith.

The history of Harry William Smith

Born in Birmingham, at the age of just 14 Smith moved to Bournemouth where he was articled to the town architect and surveyor. By 1892, he had risen to the post of assistant engineer and surveyor.

Amongst his contributions, there were the laying out of several parks and gardens. It was however his arrival in Scarborough in January 1897, as the town’s new borough engineer and surveyor that was to have such a long lasting effect on the resort.

Harry Smith took up his duties as borough engineer and surveyor of Scarborough on 1 January 1897. He was very conscious of the needs, not only of the visitors who flocked to Scarborough but also of local residents and as such he was responsible for the town’s first slum clearance and the building of new housing to replace them. He was also responsible for the town’s sanatorium, which contained three separate isolation buildings for patients with such illnesses as diphtheria.

It is probably though, his work on the facilities for visitors that remains his lasting legacy.

His famous creations in Scarborough

Back in 1889, the corporation had bought a parcel of land called great Northstead on Scarborough’s North Bay, ‘an area of allotments and piggeries.’ It was renamed Alexandra Field in honour of the Princess of Wales. In 1907, work commenced to turn the land into bowling greens, tennis courts and an arena with an open stage for performances.

Three years later major improvements were made to the area when covered space for performers and an audience of 1,500 was added, together with uncovered seating for the same number was added. The Floral Hall and the gardens were a great success and by 1912, the concert party the Fol-de-Rols were regular performers there.

Smith then turned his attention to the South Bay. Scarborough’s previous success had been built partly on the attraction of its sea bathing. The days of the bathing machine were almost over and the engineer’s next proposal was for an outdoor swimming pool below the formal Italian gardens he was also designing.

He had seen a similar tidal pool whilst visiting the island of Guernsey. The pool, the first if its type in this country was complete with diving boards, water chute, changing facilities and more it offered visitors everything they could wish for.

Behind the pool, the cliff side was landscaped with terraces where a cafe and rows of ‘beach bungalows’ were provided. A weekly aquatic show was also eventually staged which at the height of the season attracted large crowds.

Perhaps Smith’s greatest achievement however was the creation of Peasholm Park on a site previously known as Tuckers Field. The blank canvas allowed the designer’s mind to run riot and the outcome was a design for a park in a Japanese style with pleasant paths and flowerbeds. A boathouse, cafe and bridge were planned so that the whole effect would be that of a willow pattern plate.

Work began in 1911, finding labour amongst men who otherwise would have been unemployed, something he had done on previous projects. The first phase of the park was completed within just one year.

Many of Harry Smith’s plans for Scarborough had been put on hold during the Great War but following the armistice they were back in full swing. In 1921, the corporation purchased the whole of the Northstead Estate which allowed Peasholm Park to be extended and the creation of the Northstead Manor Gardens. The Park now included a pagoda on the island, a miniature golf course and a bandstand on the lake.

The Corner cafe complex in the North Bay was opened in 1932, and included a restaurant and dance hall. This was followed quickly by two more projects, the first being the construction of the miniature railway line running from the park to Scalby Mills. The line opened on 23 May 1931.

The town’s open-air theatre was opened by the Lord Mayor of London in 1932, its first production being Merrie England. This was followed by other light operas and operettas before a gradual change to the newly popular musicals such as The King and I, Annie Get Your Gun, and Hiawatha which saw native American warriors in canoes on the lake paddling to and from the massive stage. Two performances were held every week during the season.

Smith retired in October 1933 after devoting nearly 40 years to the town. He passed away in 1944, the Scarborough Mercury dated 4 August of that year reported that he was “a landscape artist of rare genius with a passion for preserving and exploiting natural beauties”.

If you are in Scarborough this summer, give a thought to Harry W Smith without whom the resort would be so very different.